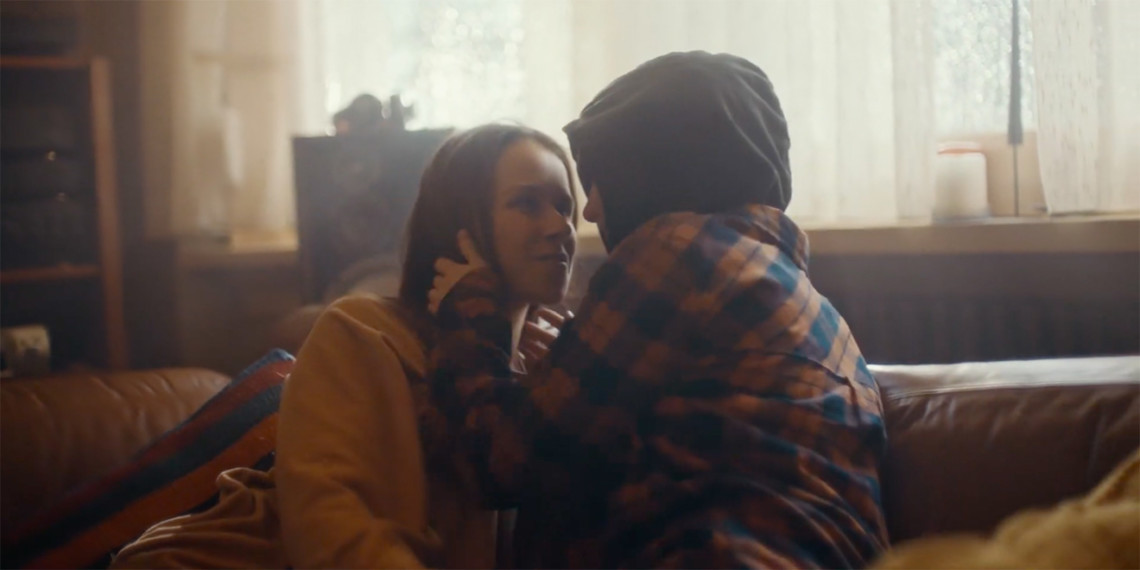 Young love is interrupted in this spot for Douwe Egberts coffee. - Credit by BBDO Belgium

Hiding things from your parents is a pretty universal aspect of teenage life, but there are some things no one should have to hide.

In a new ad for Belgian coffee brand Douwe Egberts, agency BBDO Belgium tells the brief but sweet story of a father coming home to find his daughter fleeing the scene of an impromptu make-out session.

While many ads might play off the ensuing family tension and conflict, this one shows the father responding with a completely different attitude:

It’s safe to say that few Belgian coffee ads become international viral sensations, but this one certainly has. A version shared to Twitter by user @sapphicticated on Jan. 17 has been viewed more than 12 million times—especially impressive considering the source account only has about 3,200 followers.

EVERYONE SHUT UP AND LOOK AT THIS COFFEE ADVERTISEMENT pic.twitter.com/oqpNvBAcXa

As one might imagine with an ad that warmly embraces a young same-sex couple, not all the feedback has been positive. Some on the conservative side see it as offensive (you might remember similar backlash briefly derailing U.S. ads for wedding site Zola), while some LGBTQ supporters remain skeptical of brands they feel are using such characters solely as capitalistic opportunism.

But in the end, due not just to the ad’s setup but also its positive conclusion as the father invites his daughter and her girlfriend down for a chat over coffee, the spot is about as uplifting as one could ask of a category as traditionally flat as CPG.

“We are very happy about this unexpected success,” says Louise Cornet, the BBDO Belgium copywriter who worked on the spot. “It seems that the emotion radiating from this commercial touched people.”

The creative team also hopes the ad’s success will encourage other brands to push beyond concerns about stigmas and find stories that reflect the complexity of the real world.

“We hope it will help society to find the courage to speak up about sensitive topics,” says Loup Delpierre, BBDO Belgium art director.

LGBTQ-inclusive storytelling certainly seems to be gaining traction, especially in Europe. Adweek named French automaker Renault’s powerful “30 Years in the Making” spot, about an enduring romance between two women, one of the Best Ads of 2019.

The new Douwe Egberts spot continues an ongoing tactic by the brand to embrace potentially polarizing topics in other ways, too. In a 2014 spot called “The Third Cup,” a divorced father extends a gesture of goodwill in the form of an extra pour. Check out the older spot below, followed by credits for the new ad.