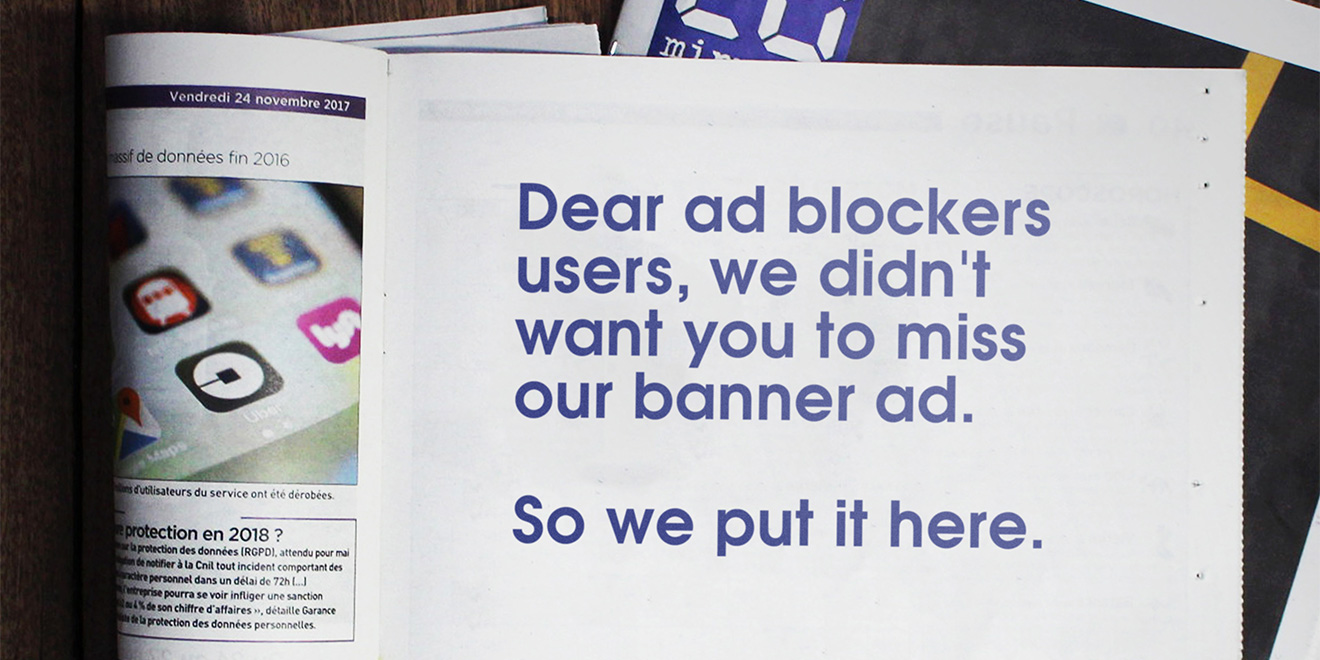 Here’s an unexpected bright spot for the struggling print industry. One French advertiser is taking its digital banner ads and putting them into a newspaper.

Boursorama Bank, a subsidiary of Société Genéralé that specializes in online banking and finance, is running a promotion that offers a €130 credit for an account opened between Nov. 24 and 27. But agency Buzzman has cheekily taken the web-browser version of the coupon and inserted it into a print layout for a newspaper—supposedly to reach users who are running ad blocking software.

“We didn’t want you to miss our banner ad,” reads the copy. “So we put it here.”

A small browser window appears below, including a visual button instructing readers to “Click here” to redeem the offer—a premise that can’t but evoke some hapless soul mashing a finger against the page repeatedly, like a toddler trying to swipe left on a magazine cover while mistaking it for a tablet, or Ben Stiller and Owen Wilson jumping on a desk and banging on an iMac like monkeys while trying to get the files out from “in the computer,” in that scene from Zoolander. 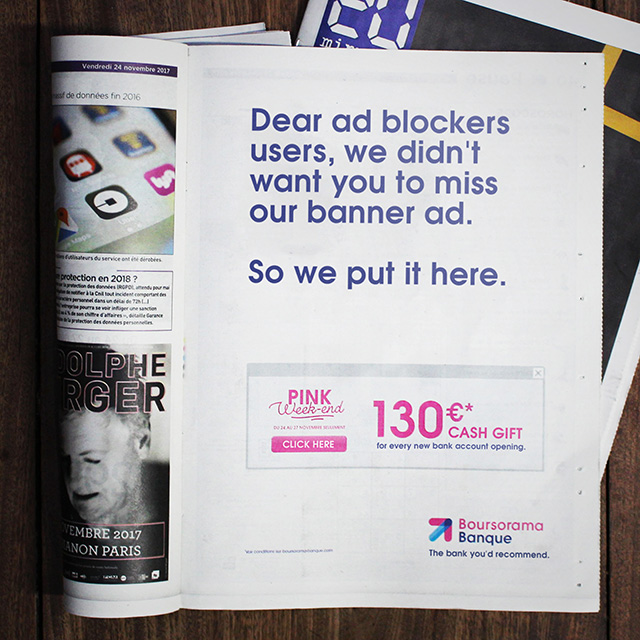 Naturally, the ridiculousness of the exercise is its real point (rather than circumventing anti-advertising software, as it purports to do). It’s certainly chuckle-worthy, though one has to wonder who the campaign’s target audience actually is.

Buzzman says the ad will run in France’s largest newspapers, so presumably it might be after people old enough to bother reading current events on dead tree. More likely, the brand and agency (Buzzman excels at absurdity) are going for amused online coverage and social chatter … and it’s earned as much as its getting here, at least.

Sadly, it probably won’t be enough to save newspapers in the long run.