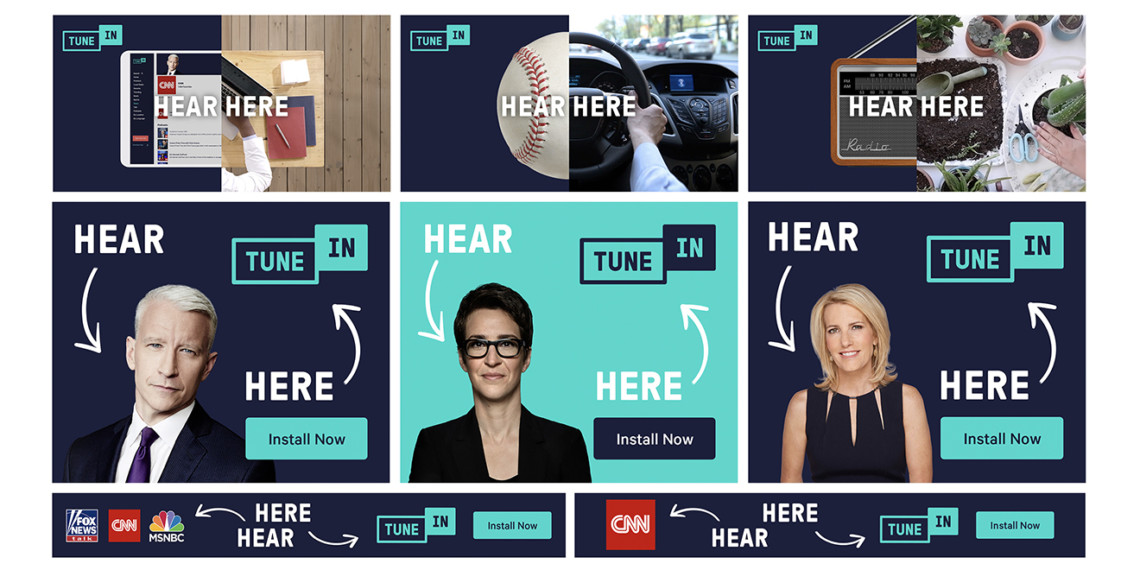 TuneIn zeroes in on news and sports in new campaign. - Credit by TuneIn

As the country begins to open up businesses and offices again in some regions, TuneIn is launching a new brand campaign this week with a focus on news and sports content on the go.

The streaming app is hoping its offerings in these verticals—like the audio feed of cable news channels and sports play-by-play—will help it stand out in an increasingly crowded streaming audio field that has been dominated by music and podcasts.

Like other audio streaming services, TuneIn has also seen an uptick in listeners that are logging in via connected home devices amid the novel coronavirus shutdown. But the brand also wants to remind its users with this campaign that the app is also available through mobile devices and other on-the-go channels.

That wasn’t always going to be the explicit focus of the new campaign, which the brand began planning in early 2020, according to Ana Guillén, senior director of marketing at TuneIn. But as the new normal of pandemic quarantine set in around March, the company shifted gears and decided to address a new pool of users that had taken up the service as a means to pass the time at home rather than on daily commutes.

“As things continued to evolve, we began feeling like there was an opportunity for us in regards to the campaign to look at these new habits and make sure that these new people that are coming onto the platform while being sheltered in place listening on connected devices know that you can take TuneIn with you everywhere you go,” Guillén said. “So you can listen in your house but you can also listen in your car and you can listen on your own mobile device.”

The 30-second barrettSF-created video, titled “Hear Here,” features snippets of news and sports programs side-by-side with daily at-home activities like cooking, gardening and exercise. The video is set to run across YouTube, other social channels and various display partners.

The campaign marks the first time that TuneIn has run a major brand campaign since 2016. “It had been a while since we’ve done anything,” Guillén said. “And as we were approaching 2020, it felt like a really important time to reinforce our positioning in live breaking news play-by-play sports and radio from around the world.”

The onset of quarantine measures has forced audio marketers to get creative with how they message consumers. Podcasts saw an initial plunge in listening time as many people stopped commuting every day followed by a surge in smart home listening, according to metrics firms. Pandora has tried to capitalize on its own uptick in connected device listening with a campaign that highlights the experience of listening at home.