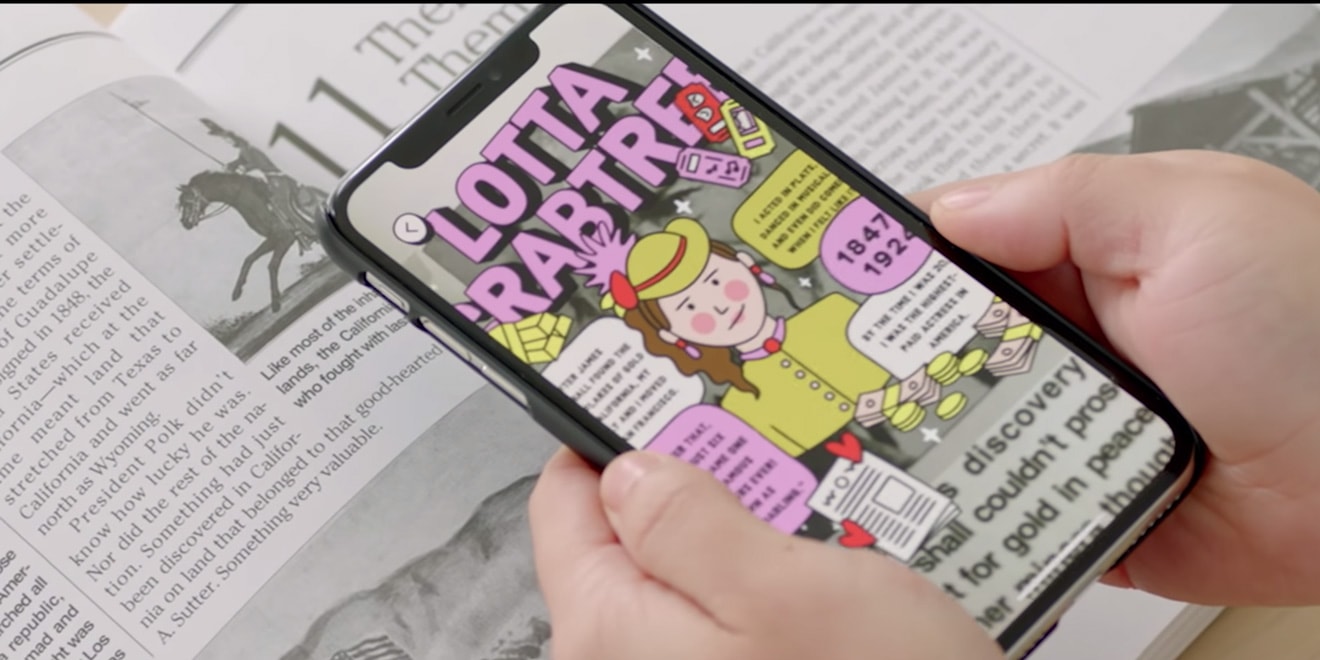 Goodby, Silverstein & Partners' 'Lessons from Herstory' was among the gold winners of the Mobile category. - Credit by Daughters of the Evolution

U.S. agencies made a solid showing in the Mobile Cannes Lions category on Thursday, racking up half of the 10 gold awards as well as another Grand Prix win for Burger King’s “Whopper Detour” campaign from FCB New York.

Goodby, Silverstein & Partners’ “Lessons in Herstory,” an app that uses augmented reality to insert overlooked women of history in textbooks, was the top winner in the gold category with two awards. Other gold winners included Droga5’s “Bagelgate,” a successful lobbying effort to schmear the official bagel emoji on behalf of Philadelphia Cream Cheese, and Wavio’s “See Sound,” a device from agency Area 23 that translates household noises into mobile alerts for deaf people.

Ari Weiss, president of the Mobile Lions jury and North American chief creative officer of DDB Worldwide, said the judges brought a range of perspectives and expertise areas that helped in selecting a well-rounded pool of winners.

“We saw a new spirit of creativity in mobile this year,” Weiss said, “from evolutions and social commerce to hacks that changed perspectives for the better, to tweets that ignited a cultural conversation, and new experiences that blurred the boundaries between digital and physical world.”

Goodby developed the “Let’s Herstory” app on behalf of Daughters of the Evolution, an advocacy group founded in 2017 by agency partner and creative director Margaret Johnson. Inspired by the fact that 89% of stories in U.S. history books are about men, the app will scan a textbook image of a male historical figures and pull up a bio of a less recognized but similarly significant woman of the same period.

Meanwhile, FCB Health Network-owned agency Area 23 and sound recognition software company Wavio sought to tackle challenges deaf people face when it comes to missing sometimes-important household noises, like smoke alarms and crying babies. Their solution was a smart device that uses machine learning to isolate and identify important sounds and cue visual push alerts in a mobile app.
Droga5, on the other hand, took on a less critical but equally creative cause with its “Bagelgate” campaign. Working on behalf of Kraft-Heinz-owned Philadelphia Cream Cheese, the agency latched onto social media chatter around the lack of cream cheese on a newly released bagel emoji and successfully lobbied Apple to change it. The effort earned 7.8 million social impressions and 408 million earned media impressions.
@patrickkulp patrick.kulp@adweek.com Patrick Kulp is an emerging tech reporter at Adweek.