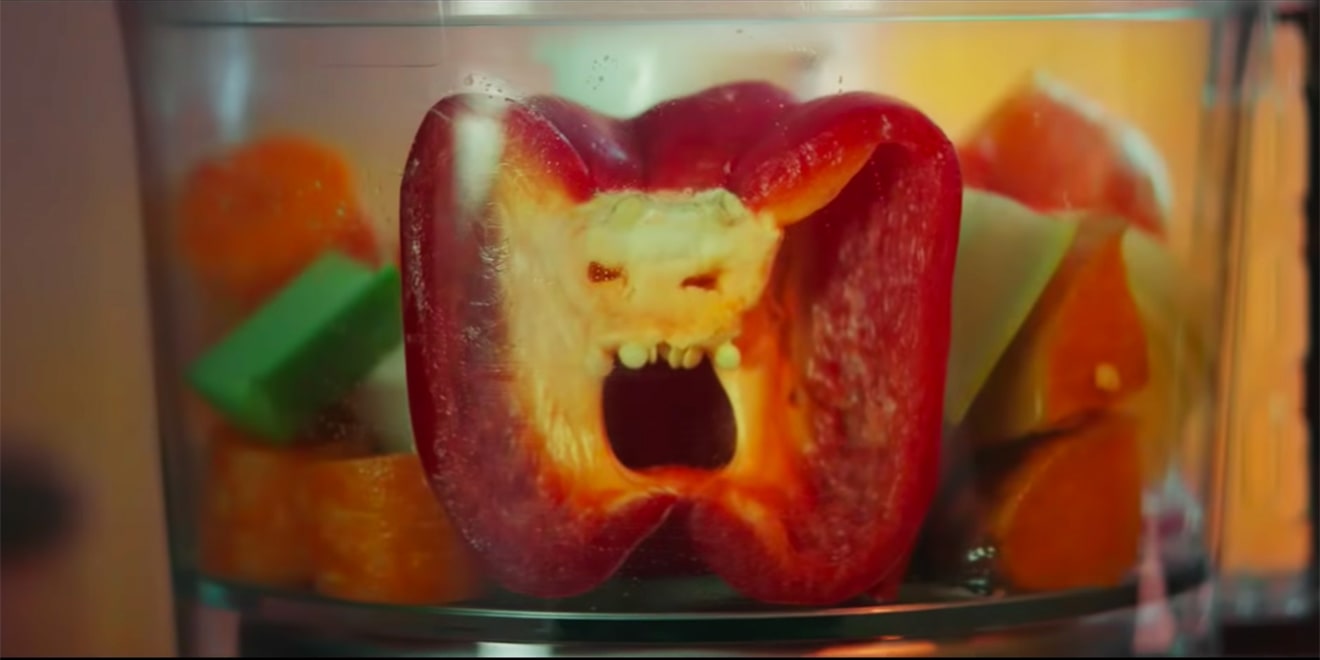 Can anyone stop the invasion of vegetables? Children must answer the call.
adam&eveDDB
Share
By David Gianatasio
|
January 25, 2019
Share

It’s like Attack of the Killer Tomatoes—but this time, the whole salad joins the fight!

That obscure movie reference leads us to a new campaign from ITV and Veg Power. Designed to entice British kids to eat more vegetables, the effort features a wonderfully overblown spot created by adam&eveDDB and Pulse Films’ director Ninian Doff.

The 60-second clip takes the form of a horror film trailer, and opens with a dire warning: “They come from deep underground. Water makes them stronger. Sunlight fuels their power. And they will stop at nothing until they’ve taken over the world.”

We’re not talking about zombies or prehistoric monsters. Still, a squadron of Brussels sprouts—united for the purpose of global domination and dive-bombing rush-hour traffic—is pretty horrifying in its own right.

Of course, the real war is against childhood obesity and diet-related diseases, with research finding that 96 percent of teenagers and 80 percent of primary-school kids in Britain don’t eat enough vegetables. Dubbed “Eat Them to Defeat Them,” this new campaign tries an empowerment approach, casting kids as the saviors of humanity.

It’s certainly a fresh twist, and the spot’s ridiculously dramatic attack scenes are a real hoot. Though clearly played for laughs, the imagery is just edgy enough to leave its mark. (That ear of corn’s sinister grin is—wait for it—amaizing!)

“Solving the nation’s health issues will take a wide range of actions and collaborations, and we are delighted to have the opportunity to play a small part in tackling them head on,” says Mat Goff, CEO of adam&eveDDB.

“Using advertising to encourage children to love veg is an incredibly important step towards transforming the nation’s health,” says legendary creative executive John Hegarty, the “H” in ad shop BBH and a Veg Power advisor. “I hope this daring campaign will have real impact and will inspire others around the globe to use creative ideas to solve one of the greatest challenges we are facing in today’s world.”

“Eat Them to Defeat Them” continues the trend of novel healthy eating campaigns. In 2017, viewers lapped up Plus’ “SuperSaus” push (for a sauce made of greens). More recently, Ore-Ida stooped to bribery, while Intermarché gave us something to grow on.