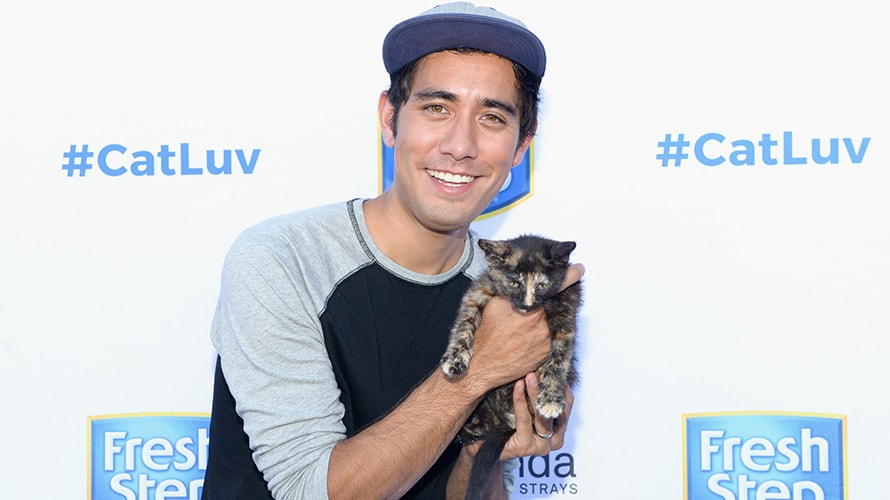 Zach King spoke at Adweek Elevate: Influencers about how he built his following. Getty Images

Zach King is past the days of shooting confetti out of his bum for the sake of digital stardom. Or is he?

The viral video maven, speaking at Adweek’s Elevate: Influencers conference Thursday in downtown Los Angeles, said it’s important not to go for the low-hanging fruit, like a quick stunt, if you hope to create content with staying power.

“Wait for the story elements to come together,” he said. “Even if it’s a cool trick, never just make it for its own sake.”

The exception: the above-mentioned colorful illusion to celebrate his 1 millionth Vine follower a number of years ago. Otherwise, he said, there has to be a full story arc where, even in a few seconds, “you’re setting up a joke and paying it off.”

King, who draws inspiration from Charlie Chaplain, Buster Keaton and his own irrational fears of household objects, gave the crowd of assembled brands, agencies and influencers a peek into some lessons he’s learned along the way to becoming one of the Internet’s most popular personalities.

Some of the tactics that have worked for him: inspiring wonder, keeping it clean (so families can watch) and making the content contagious so that it’s “cool enough to share.”

King, who “mowed 200 lawns” to equip himself with his first camera and MacBook Pro, has been creating videos since YouTube’s early days, often recruiting his younger sisters and friends as his de-facto crew.

He launched a series of special effects tutorials, FinalCutKing, before finding his storytelling niche. His first hit, after graduating from Biola University, was Jedi Kittens Strike Back.

Though he’s a digital native, he finds that storyboards, whiteboards, paper, pens and Post-It notes work best for mapping out his videos, most of which revolve around illusions like being sucked into a vacuum cleaner, turning a soccer ball into a Dalmatian and flying with cardboard wings. He calls those “little magical takes on life.”

Though magicians aren’t supposed to give away their professional secrets, King shared a few details of the making-of his illusions. They’re practical stunts, meaning there’s no green screen or computer-generated images, but “there’s a jump cut somewhere in there,” he said.

He’ll be showing aspiring filmmakers how to do just that soon in a training course with Apple, he said.

He told content creators to shorten captions and ditch dialogue to make videos truly universal and cross-cultural. That’s where his studies of famous silent film stars came in handy, while removing English from his videos “made us be as visual as possible and more precise with our story.”

In a time of data and metrics, it’s vital to give away entertaining content to viewers “with no strings attached,” not even an email request.

“People are losing sight of that,” he said. “Give viewers something of value, don’t expect anything in return, and they will come back.”

Though popular opinion may say that influencers, brands and content creators should be everywhere at once, King cautioned against it, saying, “You need to be in the right platforms,” with a selective rather than scattershot approach.

Nurturing your existing audience, he said, by engaging and diving deeper can be better than trying to chase viral status.

“Don’t treat everyone like a digit,” he said. “They’re people, and we’re doing this for them.”