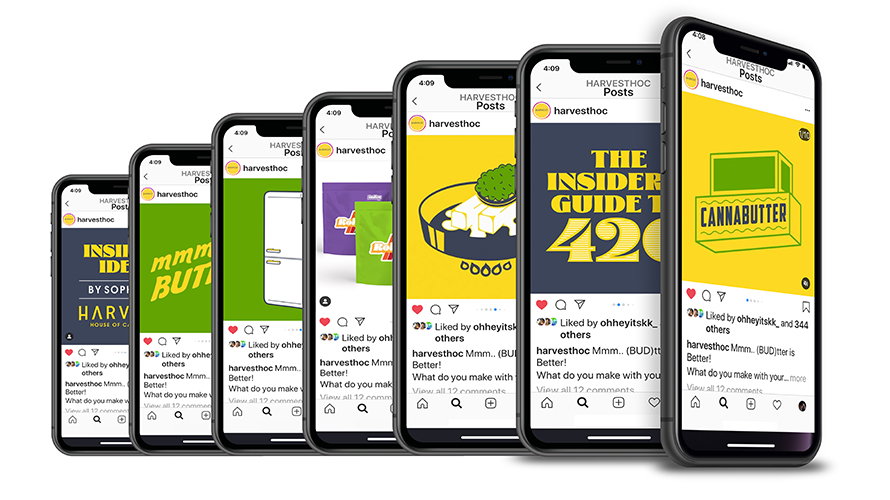 Many cannabis fans are as devoted to their unofficial holiday, April 20, as some people are to Christmas, Halloween or the Fourth of July. In recent years, as cannabis has grown in mainstream acceptance and legality, 4/20 has been marked with parties and concerts, stadium-sized festivals and pot versions of pub crawls.

But not this year, as the coronavirus response has blocked public gatherings, gutted the experiential industry, canceled nearly every major 4/20 event and substantially altered marketers’ approaches  to the day.

The celebrations will go on, though, as organizers pivot from real-world to virtual gatherings, lining up talent like Wiz Khalifa, Billy Ray Cyrus, Melissa Etheridge, Berner and Kid Astronaut for marathon live streams that revelers can watch from the safety of their couches.

Delivery services are prepped for heavy volume in the wake of a record-setting mid-March sales surge, and brands in the space are giving consumers quarantine-friendly ideas to replace their usual in-person meetups and smokeouts.

Dispensaries in states where they’re considered “essential businesses”—and therefore allowed to stay open, while following strict safety protocols and social distancing rules—are leaning into their curbside pickup and contactless delivery options. They’ll be trying to discourage exactly the kinds of crowds at their venues that they’ve actively fostered in the past.

Mainstream, non-cannabis brands that have latched onto the holiday with psychedelic stoner-cliched ads and memes may sit it out all together, similar to this year’s approach to April Fools’ Day, so as not to appear flip or insensitive (or simply wasteful with their resources) during the current pandemic and economic downturn.

All things considered, 4/20 is expected to shed some of the raucous overkill and “amateur night” feel of the recent past in favor of a more thoughtful, subdued vibe.

“You don’t generally associate 4/20 with restraint,” says Steve DeAngelo, a longtime cannabis activist and co-founder of the Harborside dispensary chain in the Bay Area. “But this is a chance for the cannabis community to model to the rest of the world how holidays should be handled during periods of social crisis.”

Taking no chances, the mayor of San Francisco has publicly warned cannabis devotees not to travel to or gather in the famously open-minded destination, known for its 4/20 meet-ups in places like Golden Gate Park. “We will cite people. We will arrest people if necessary,” London Breed says in an Instagram video. And the Washington State Liquor and Cannabis Board sent out a list of do’s and don’ts to licensed businesses, telling them not to schedule events, hire food trucks or live bands or try in any way to attract large crowds.

Despite all the gloom facing society as 4/20 approaches, it’s predicted to be a massive sales day, contributing to what BDS Analytics thinks will be a 30% jump in retail cannabis sales this year to $17 billion.

One of the previous high water marks for the industry was April 20, 2019, when recreational cannabis sales increased more than 100%, versus the prior week, in states like California, Colorado, Nevada and Washington, according to cannabis data firm Headset.

“Since 4/20 is on a Monday this year, the sales uptick could start over the weekend or maybe even mid-week,” says Liz Connors, Headset’s director of analytics.

Weedmaps, a national cannabis delivery platform, is girding for a second green rush, following the March spike in sales as stay-at-home mandates were announced. “Conservative estimates could very well put us around eight times the order volume over our baseline, and four to five times what we typically see on this holiday annually,” according to CMO Juanjo Feijoo.

On the experiential front, 4/20 events started dropping off the calendar a few weeks into the COVID-19 crisis, including Atlanta’s Sweetwater and Colorado’s FlyHi and Mile High festivals. One of the largest gatherings in the world, Vancouver 420 (estimated crowd size in 2019: 100,000) won’t be happening for the first time in 25 years.