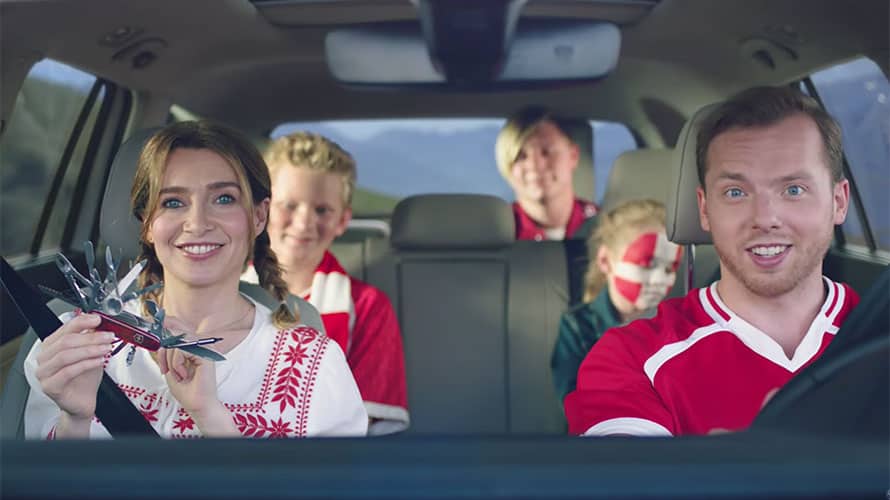 For the first time in more than three decades, the United States team is not playing in the FIFA World Cup. So what are fans to do–become a dreaded bandwagon fan? Exactly, says Volkswagen.

Working in collaboration with creative agency Deutsch, Volkswagen released its “Jump on the Wagen” campaign. The multi-media campaign features fans from different teams making the pitch to Americans to root for their teams during the tournament. Most compelling of all (to Americans anyway) might be the VW Tiguan stocked with trophies from Brazil.

“The big tournament’s broadcast will be watched by more viewers than ever,” said Jim Zabel, Senior Vice President of Marketing, Volkswagen of America. “Given the unique situation for U.S. fans in this year’s tournament, our ‘Jump on the Wagen’ campaign encourages Americans to root for one of the 32 teams in the tournament that may be tied to their lineage, includes one of their favorite players, or has an interesting backstory. Overall, it is meant to appeal to the Volkswagen fan’s affinity for soccer, delivered with our brand’s signature wink and smile.”