Lion of St. Mark speech centers on the value of caring 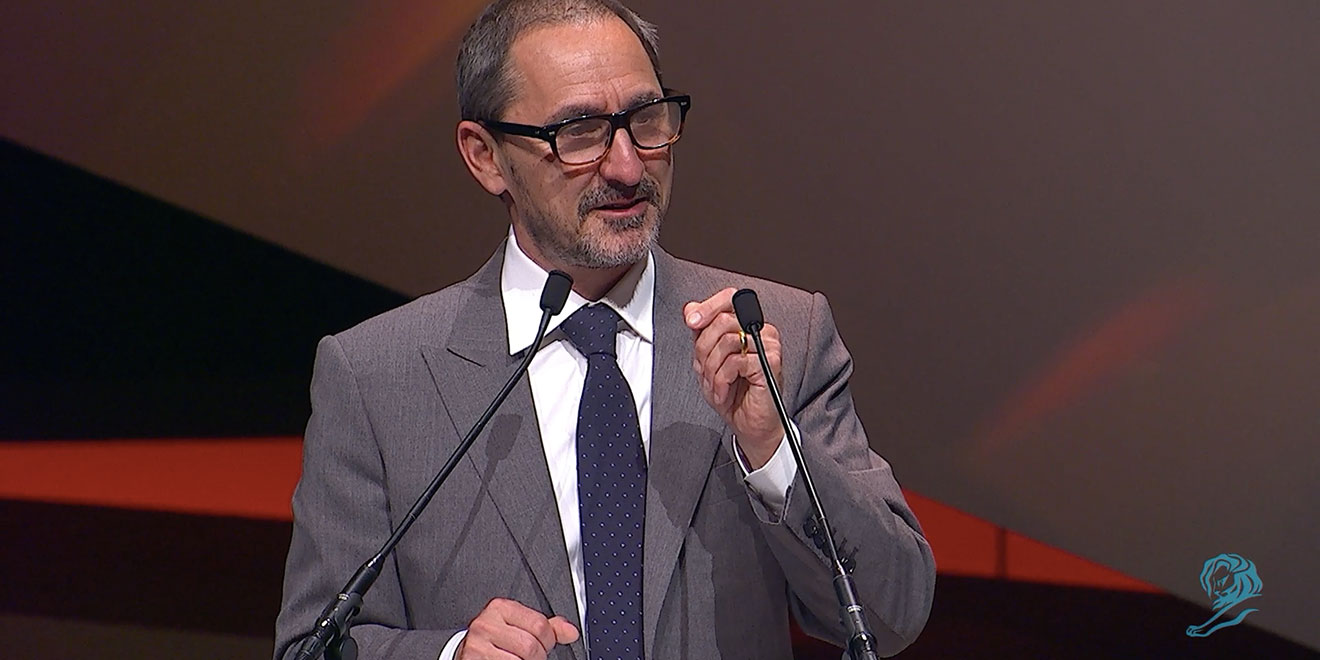 “There goes my facade of being a rock.”

David Droga choked up several times during a heartfelt and surprisingly emotional speech at Cannes Lions last month—in the end, it was one of the highlights of the festival—as he accepted the Lion of St. Mark award for creative excellence across his storied career.

The Droga5 founder used the moment to look back at his brilliant career so far, and to thank the people who’ve helped make it happen—a long list of work colleagues, of course, but also, most prominently, his mother and his wife.

He also had words for the advertising industry, which he initially cast as advice for his four children in attendance—about the single most important thing, in his view, that helps make a person, and a career, successful.

See the video below. The speech itself begins around the 7:00 mark, but don’t miss the tribute video that precedes it, with great early video footage of David as well as congrats from a who’s who of creative stars:

“Wanting something—wanting a career, or wanting to make something—doesn’t really mean much. It’s about finding something you care about. Because caring is the only thing that really matters,” he said.

Caring leads to everything else, Droga suggested.

“I would put down everything in my career to the fact that I cared—about what I do, who I work with, what I make,” he said. “Caring makes you want to work harder. People can’t pay you to care. People can’t teach you to care. But when you find something that you care about, you give it everything you’ve got. You never settle. And you are always pushing to learn and be better and support those around you. All I’ve tried to do in my career is care.”

He added: “That’s all we need to do. More agencies need to give a shit, work hard and try to make beautiful and impactful things.”