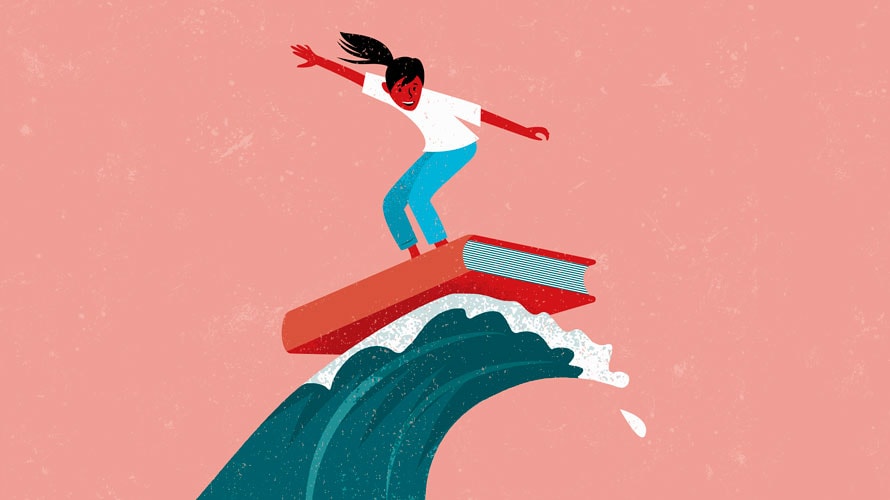 Print certainly isn't dead or even close to dying. - Credit by Getty Images

Hours into a discussion, my friend asked what we had all been thinking: “How about print? Are you still asked to do print?”

That was years ago, and we had been debating the award shows circuit, its benefits to the industry and what we thought had to change. It was natural that this kind of questioning would come up. “No,” everyone said. “I am rarely asked to do print anymore,” he said. The same applied to all of us around the table.

It was a sad day.

Recently, I bumped into that friend again. He said his business was doing great, especially because social media had brought back the appreciation for the power of a good idea. “Likes and shares made us important again,” he celebrated. Then he picked his phone from the heavy coat he was wearing and showed me a recent post he did. Something simple, with a photo and headline, plus a nice block of copy following the image, all so timely, which got everyone talking about it.

It was snowing, and snow always makes things softer. “Isn’t it great we didn’t kill print back then?” I asked. He knew nobody was trying to kill anything. But had we, as a generation, decided to forget the decades of craftsmanship behind our tradition of print, would he had been able to be so concise, so poignant and eloquent on his post? No way.

Funny how the world is. A single social post today can deliver the same audience of a big magazine ad of yesteryear, and the language of both, despite the nature of the media, is so surprisingly consistent, I’d dare say social is nothing other than the renaissance of print. And, I mean, it is the French meaning of rebirth. A magical comeback of a craft that for years fought for relevance. Now the two worlds, distanced by time and devices, seem so oddly close.

I still remember my days as a college teacher, talking about the wonders of the printed word. “You all think TV is the ultimate device of our world?” I would ask the students. “But it’s through print that advertising really comes to life. Where the chaos of the world and the chaos of our profession almost touch.”

I just couldn’t imagine both forms of chaos would embrace in such a tighter dance a few decades later.

Pick a simple and powerful message, craft it with mastery and then—here is the new part—let it live it like we’ve been able to allow an idea to live. Partner with big Hollywood names, tech giants and—another new thing—normal people with an excited following of their own.

Look at Nike’s “Just Do It,” for example, featuring Colin Kaepernick. Look at how it lit up the world using the exact same language and form of print. Like a different incarnation of a great ad from the past, maybe a bit evolved and adapted to this new world, it lit up the social sphere and got the entire planet hooked.

You know what else is lovely about this? When the artistry from the past becomes so in-demand, we have a unique opportunity to make a large segment of the industry feel relevant again. Maybe ageism has a solution after all.

Yes, there is tension, like there has always been in any rebirth. But I’d rather focus on the splendor of all this. The revival of old mastery with new widgets. The reigniting of our almost lost craftsmanship into this powerfully fuels what social media has become. It’s time to let the familiar dive into the unknown, the undefined and uncertain. And fall in love all over again with the creative possibilities right under our fingertips.

There will be questions, of course. How can we build brands when consumers are only willing to give us a glance? How do we make them fall in love or at least answer our flirtation when all we have is the fickle time of a screen scroll? In a simple way, how do we get them to stop scrolling and win their hearts, one post at a time? Not easy answers, but it’s not that we haven’t answered them a while ago anyway.

@pjpereirajr PJ Pereira is creative chairman and co-founder of Pereira O’Dell and is an advertising and entertainment pioneer.