What Does an ‘All-American Family’ Look Like? HP Created a Challenge to Show the New Reality 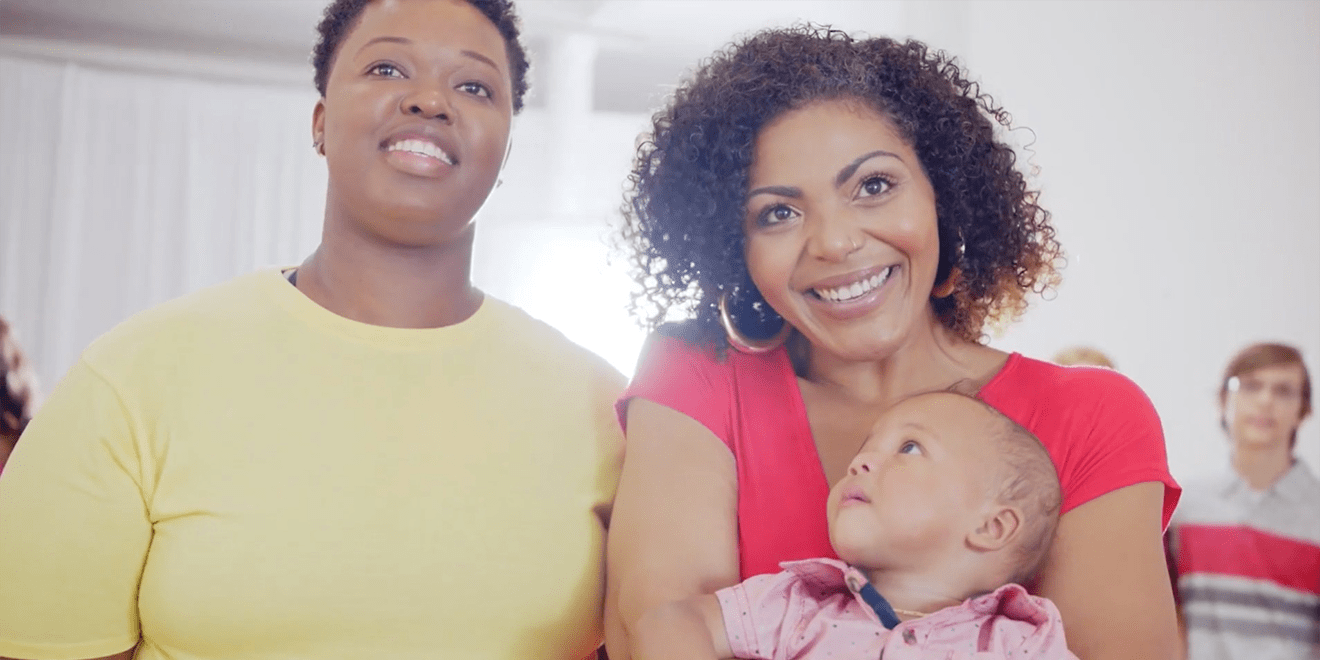 To most people, the image of an “all-American family” consists of a heterosexual white man, woman and children. 74 percent of 2,000 people surveyed in an HP-commissioned study believed that the typical household in this country fits the generational and societal “white picket fence” stereotype. However, according to the 2010 U.S. Census, only one in four American families matches that description

In a compelling social experiment and film, HP brought together 13 Chicago families of different races, ethnicities, ages, genders and sexual orientations. Each person was purposely separated not to reveal which families they were connected to. From there, a smaller group was brought in and asked to choose individuals to put together what they believed constituted an “all-American family.” The ‘families’ that were created followed a predictable script: same race, different gender, heterosexual.

Unsurprisingly, none of the people choosing the families got it right. An African-American lesbian mom, for example, was paired with a man of the same race who is actually married to a white woman. Additionally, a gay white father was placed with a heterosexual white woman and two children.

The reveal of the actual families was a stunning, emotional revelation and lesson learned about bias. One participant said that it changed “my perspective on a traditional American family. What surprised me was the man who I picked—it’s a two-father family—and when I picked him I [thought] this guy looks most like how the stereotypical father might look.”

After the real families came together, they were photographed, and the pictures were printed on HP printers and placed on a wall to commemorate the exercise.

“The social experiment helped spotlight the beauty and range of American families and what makes a family portrait,” said Carlos Ricardo, head of print marketing, Americas for HP. “This made us think about the family photo and how the family itself has evolved.”

“When marketing and communications are most powerful, it holds up a mirror to our lives and reflects who we are and what is most important,” added Karen Kahn, HP’s chief communications officer. “And as marketers for a purpose-driven brand, we tackle the subjects that are meaningful to our most important audiences—employees, customers and partners.”

The spot, Family Portraits, is the latest in the brand’s ‘Reinvent Mindsets’ campaign that celebrates inclusion and highlights unconscious bias that affects both the corporate world and society at large. For several years, HP has publicly stated its position around diversity, championed by recently-departed CMO Antonio Lucio, and challenged their agencies and partners to improve their own workforces.

In addition to the film created by Edelman Digital, HP will release its extensive research project that revealed a bevy of surprising statistics.

Eighty percent of respondents, for example, agree that defining an “all-American family” is difficult due to the country’s diversity. Additionally, 68 percent of LGBTQ people categorize their families as all-American versus 58 percent who believe others would describe them in the same way.

One of the more telling stats indicated that one in three Americans would be nervous bringing home a partner of a different race and a full 50 percent say their family prefers that they date or marry someone of the same race or religion. Another revealed that one in three people have cut ties with a family member due to intolerance.

“The Reinvent Mindsets study findings reinforce that to connect with everyone, everywhere, we must strip away bias and stereotypes and celebrate our differences,” said Lesley Slaton-Brown, chief diversity officer at HP. “These findings show that regardless of age, race, gender, sexual orientation or country of origin, perceptions of ‘family’ are not in line with today’s reality.”