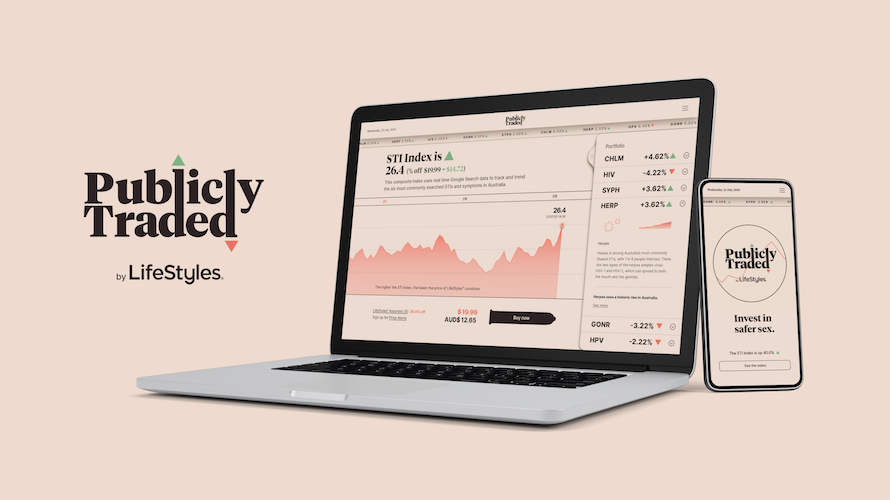 The campaign tracks real-time data around specific sexually transmitted diseases as if they were stock prices. LifeStyles

Just like stocks, STDs are “publicly traded” and can obviously make sex a high-risk activity–which is the key insight driving a new, data-fueled project for condom brand LifesStyles in Australia.

The New York office of Agency FCB/Six has developed a stock market-inspired campaign platform called “Publicly Traded,” a website that uses real-time Australian search engine activity about sexually transmitted diseases to create visualizations similar to stock price charts and an “STI Index.” (With STI, standing for sexually transmitted infection, being the more popular term for STD in the region.)

When search volume for, say, chlamydia, HIV, syphilis, herpes or gonorrhea goes up, it triggers dynamic pricing, meaning the price of a bumper pack of condoms online goes down and becomes cheaper when transmission is (theoretically) on the rise. When search volume goes down, the price increases–though it’ll never exceed the standard retail price, the brand said. 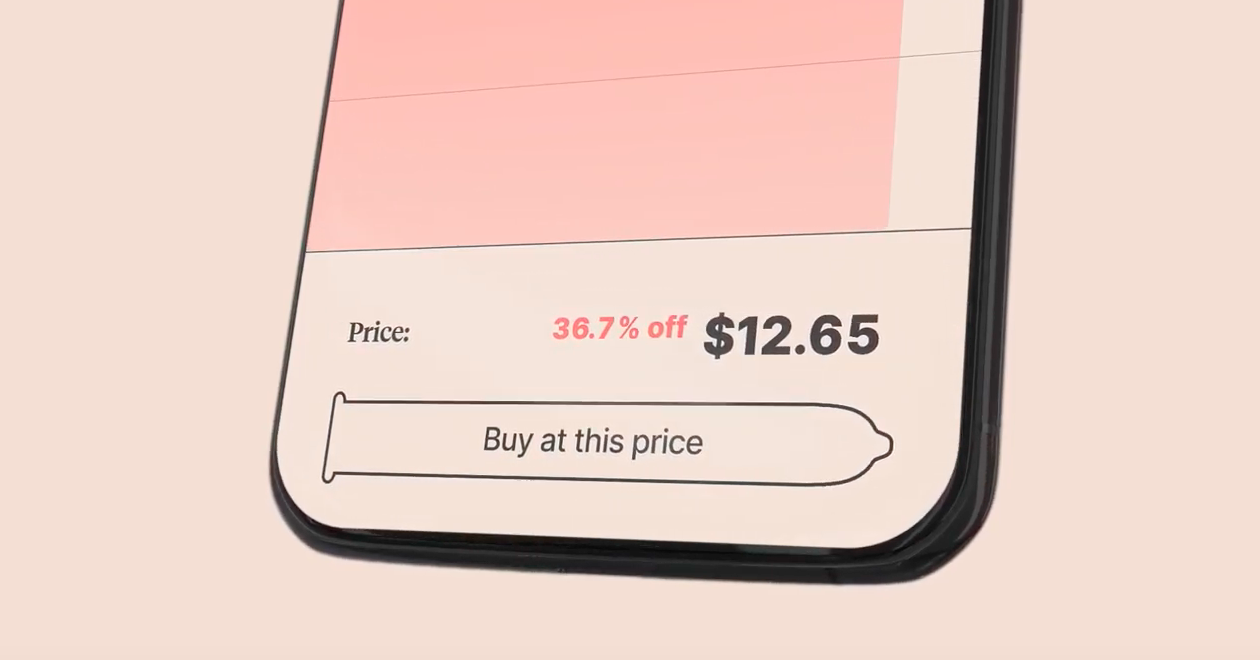 The quirky project, targeted at males aged 18 to 34 who have shown interest in DIY investing, aims to raise awareness of STI risks. According to LifeStyles, infection rates in Australis have increased significantly in the past decade.

A short film explains the campaign, and ads will run on social media and on financial websites urging people to “Minimize Risk. Maximize Pleasure.”

“There’s a lot of data out there on STI rates,” said Ian Mackenzie, chief creative officer of FCB/Six. “Unfortunately, in the heat of the moment it’s really easy for people to ignore that data. Publicly Traded brings the data to life in a way that gets our target—literally—invested in its outcomes, and drives dynamic pricing in a way that puts LifeStyles on the frontiers of ecommerce.”

Marta Toth, director of global marketing strategy at LifeStyles Healthcare added:  “Raising awareness about the importance of safe sex is central to our company’s mission, and we are continuously seeking ways to deliver that message in a meaningful and impactful way. The beauty of this campaign is that it approaches education on STIs in a fresh new way while seamlessly providing easy access to condoms.”

The campaign is reminiscent of another Australian campaign: Snickers’ Hungerithm from 2016. The project adjusted the price of the candy bar at 7-Eleven stores based on a real-time analysis of the Internet’s mood, meaning that when online discussions tilted toward anger, Snickers bars would be cheaper. Created by Clemenger BBDO Melbourne and MediaCom, Hungerithm won Best in Show in Adweek’s 2017 Media Plan of the Year awards.

Don't miss Adweek NexTech, live this week, to explore privacy, data, attribution and the benchmarks that matter. Register for free and tune in.
@saramayspary sara.spary@adweek.com Sara Spary is a freelance journalist based in London. She's been a reporter for eight years, covering advertising and consumer brands.