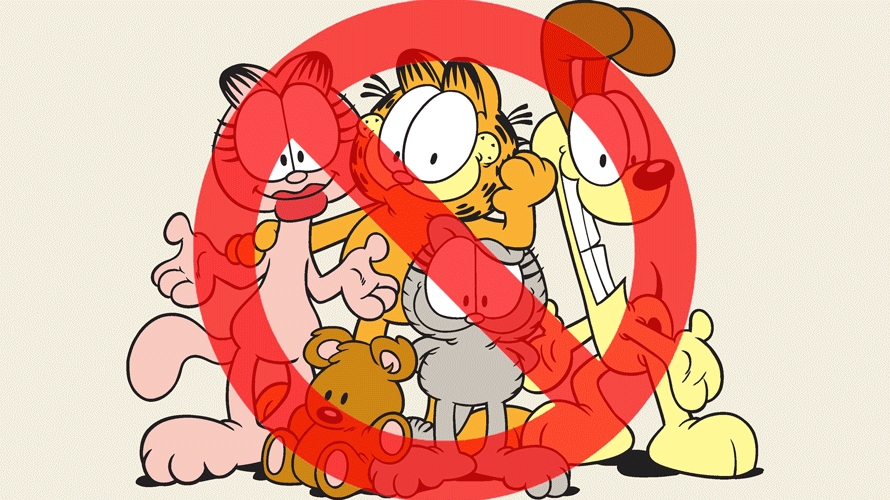 Garfield is unoffensive, but it's also pretty boring and uninteresting as well. Getty Images

If you love Garfield, I hate to break it to you, but Garfield isn’t art. It’s not even a good comic strip.

Garfield was designed with the sole purpose of selling a boatload of merchandise, so it had to be intentionally inoffensive to appeal to the largest possible number of people. It’s not even supposed to be funny. It’s intended to be consistent, reliable and predictable, and that’s straight from the mouth of creator Jim Davis.

Now you might say, “But Garfield earns nearly a billion dollars each year. And advertising is supposed to sell stuff! Why are you badmouthing Garfield? Shouldn’t we be aiming for that kind of success?”

My response is to ask if you can remember a single good joke from 40 years of daily Garfield comic strips. One single memorable visual, anything other than the general idea that Garfield is lazy, loves lasagna and hates Mondays. Compare that with The Far Side, which has dozens upon dozens of specific panels that spring instantly to mind and exposes us to polarizing topics like death, infidelity, vomit, stupidity and child endangerment. Gary Larson was not aiming for the middle.

If our goal in making an ad is to strike the middle ground out of the fear of being disliked, then we will squander the potential to make something great.

There will always be those who seek out the mundane, the unchallenging, the pedestrian. There will always be people buying suction-cup-footed Garfield window plushies. But you can’t take the Garfield metrics of success and apply them to advertising because advertising isn’t sought out like a comic strip—it’s thrust upon people. As advertisers, we invade people’s homes, their phones, their TVs, their eyeballs and their earholes. Don’t we have a responsibility to make that experience as rewarding as possible?

People don’t like, trust or remember advertising. I think about this all the time. It’s at the top of our creative brief, and to me, it’s the most important part. Advertising is a door-to-door salesperson who interrupts your pleasant evening to sell you something. Have you ever opened the door and been delighted to listen to the sales pitch of the guy offering you a lower internet rate or roof repairs or a new religion?

So, how do we give the consumer something worthwhile? Something that respects and rewards their time; something that piques their interest and has value, not just because of the sales message it contains, but because it stands alone on its artistic merits.

That may sound too pie in the sky or pretentious, but I don’t think aiming for art is aiming too high. I think it’s the only way we succeed as an industry. I think we have to create great art in order to make great advertising.

The reason brand planners spend (if you listen to grumbling creatives) inordinate amounts of time figuring out an exact audience is precisely because we’re not trying to create something that appeals to all people. We’re trying to create something that is memorable for a specific, relatively small group. To succeed at that, we have to aim for greatness and accept the risk that some people won’t like what we make.

This leads to my final point: If our goal in making an ad is to strike the middle ground out of the fear of being disliked, then we will squander the potential to make something great. And we will fail. A natural result of making art that some people love is that some people will hate it. If we’re too concerned with eliminating the chance of anyone actively disliking our work, we’ll end up with ads that everyone can ignore.

If you want to appeal to everybody, you’ll end up with Garfield, and I don’t think that leads to effective advertising. Great art is, by nature, polarizing. It forces you to think; it challenges you, it upsets your rhythm; it delights; it saddens; it makes you feel something.

People have to choose to engage with an ad. It has to be striking, engaging and memorable. Good enough just isn’t good enough. It has to be great. And if it’s great, then some people will love it, and some will hate it. And we—and our clients—have to be OK with that. 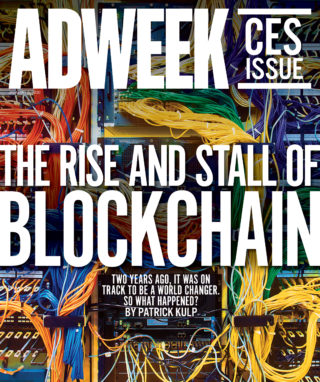 Click for more from this issue
This story first appeared in the Jan. 6, 2020, issue of Adweek magazine. Click here to subscribe.
@sumorrific Andy Coulston is the creative group head and art director at The Richards Group.