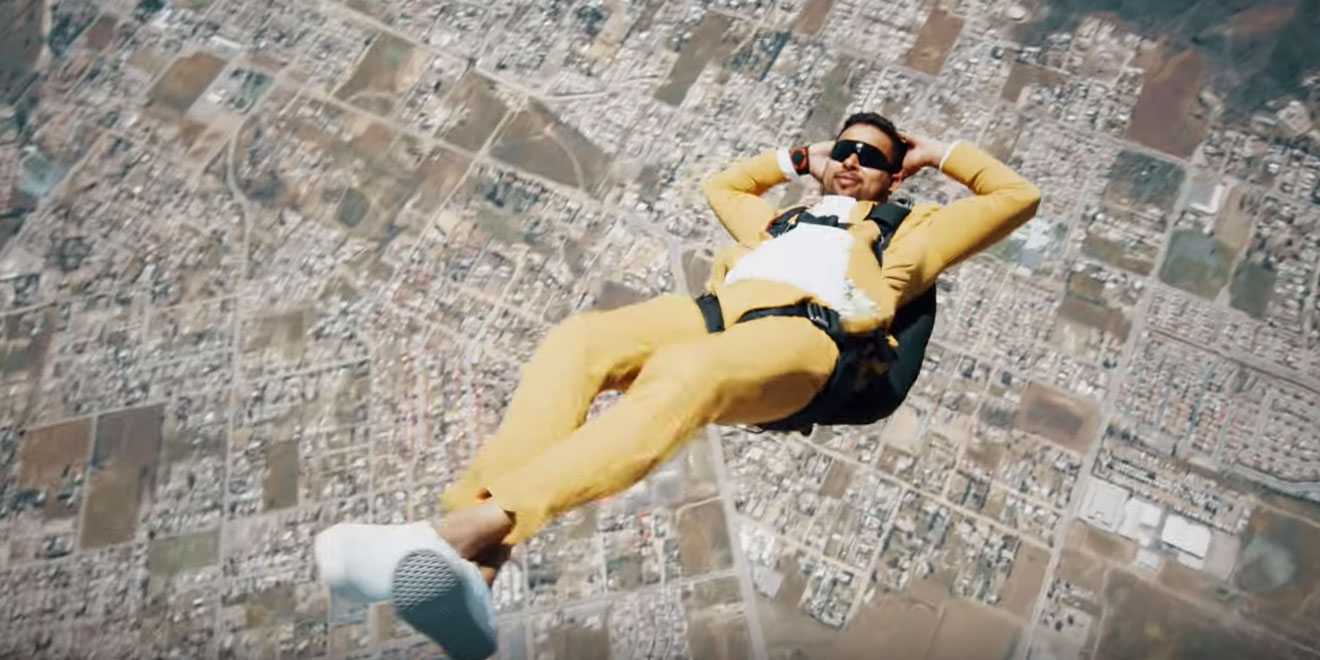 Turns out, parkour is actually pretty cool when it doesn’t involve Michael Scott. And it’s made even cooler when it’s a teenage girl showing off her skills in an airplane graveyard.

Elise Bickley, a 14-year-old parkour athlete from Sheffield, England, is just one of the subjects in a new web series from Wix dubbed “Up for Anything.” The branded content play brings together influencers and artists from different parts of the world to combine their talents in unique ways, all of which are then documented in a short film that they can each share on their (of course) Wix pages.

First up is a “fashion show in the sky” brought to you by Chicago designer Josh Kercher and YouTube star Jesse Wellens. In it, a handful of models (and Wellens himself) sport some pieces from Kercher’s luxury line of menswear while literally jumping out of airplanes. The skydiving garb they’re forced to wear doesn’t do much for their runway-ready looks, but it still makes for some visually striking shots.

Next up is an idea dreamed up by none other than Steve Aoki, DJ extraordinaire and apparently avid surfer, who taps a Hawaii-based videographer named Amanda Beenen Cantor to film a music video for him. We don’t actually get to see the finished product, but the film shows Beenen Cantor shooting underwater to get some footage of Aoki tow-in surfing.
The last collaboration in the three-part series (TBD on whether there’s more to come) features Bickley alongside parkour and freerunning athlete Calen Chan as the two spend the day practicing their craft in the Mojave Desert in an airplane boneyard. Their talents are captured by Devin SuperTramp, a videography company that produces adventure and extreme sports videos. The spot also features Bickley discussing her love for the male-dominated sport and the noncompetitive nature of it.
@Minda_Smiley minda.smiley@adweek.com Minda Smiley is an agencies reporter at Adweek.