World Emoji Day: Check Out the Most Odd and Clever Ways It’s Being Celebrated

Everyone from the Army to NASA is weighing in 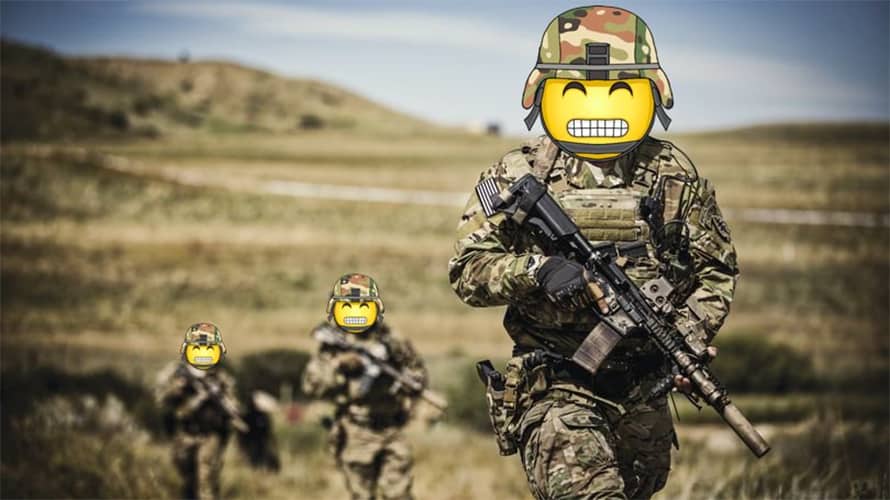 It’s World Emoji Day, and there’s no denying that these modern hieroglyphics have changed the way we communicate. As with any good hashtag holiday, brands, nonprofits and government agencies are all jumping in, with—as always—mixed results.

Let’s check out some of the more notable tweets to come out of #WorldEmojiDay so far.

First, let’s all take a moment to appreciate this tweet from agency TBWA\RAAD for Nissan Middle East, which actually created something fantastic for Emoji Day. Every time you watch it, you see something new:

But most of the attention today is going to accounts that seem like an odd fit for the breezy joys of emoji appreciation. The Department of Defense weighed in with an animoji video that’s basically just animal noises, while the Army is gritting its teeth through the whole affair and the Navy is managing its mixed emotions:

It’s ???? Emoji Day! We use emojis for everything these days: to share our feelings ????, what we’re doing at boot camp ????????, what we’re eating in the mess hall ????, and our location ????️! Tweet us your favorite emoji below. #WorldEmojiDay #KnowYourMil pic.twitter.com/tWr14GVU4f

Happy #WorldEmojiDay from your #USNavy, protecting and defending America! ⚓???????? pic.twitter.com/wi8C6QKvDh

It’s a good day for emoji remorse. Lots of brands holding out hope that someday their core products will join the iconic roster. And will someone please think of the tapir?

When there's still no #chocolatemilk emoji...

Happy #WorldEmojiDay! Even though there’s no library emoji (yet), we’re still celebrating. How would you express the idea of a library using only emoji? #LibrariesTransform pic.twitter.com/6XvdXXmmqj

You can even learn a few things today:

Some #Scottish emojis on #WorldEmojiDay (via @JamesMelville) ????

For #WorldEmojiDay, what are we describing here in emojis?

Some of today’s tweets are heavier than one might expect from World Emoji Day. The U.N. Human Rights Commission makes a statement about the wrong-headed stereotypes regarding refugees, while the U.K. Consulate reminds America of our lengthy history as allies:

Your favorite TV shows might even be weighing in today:

For @MeCookieMonster, there's only one emoji that truly matters.

Guess the #SchittsCreek scene for #WorldEmojiDay!

Speaking of that Game of Thrones tweet (which references the book series title, A Song of Ice and Fire, for those not nerdy enough to catch it), several brands decided to go minimalist today:

Spot any other good, creative or outright bizarre ones? Let me know by tagging @Griner on Twitter.

A few folks pointed out this fun quiz (which is harder than the NASA’s, but a lot easier than the Schitt’s Creek one) from Spotify: