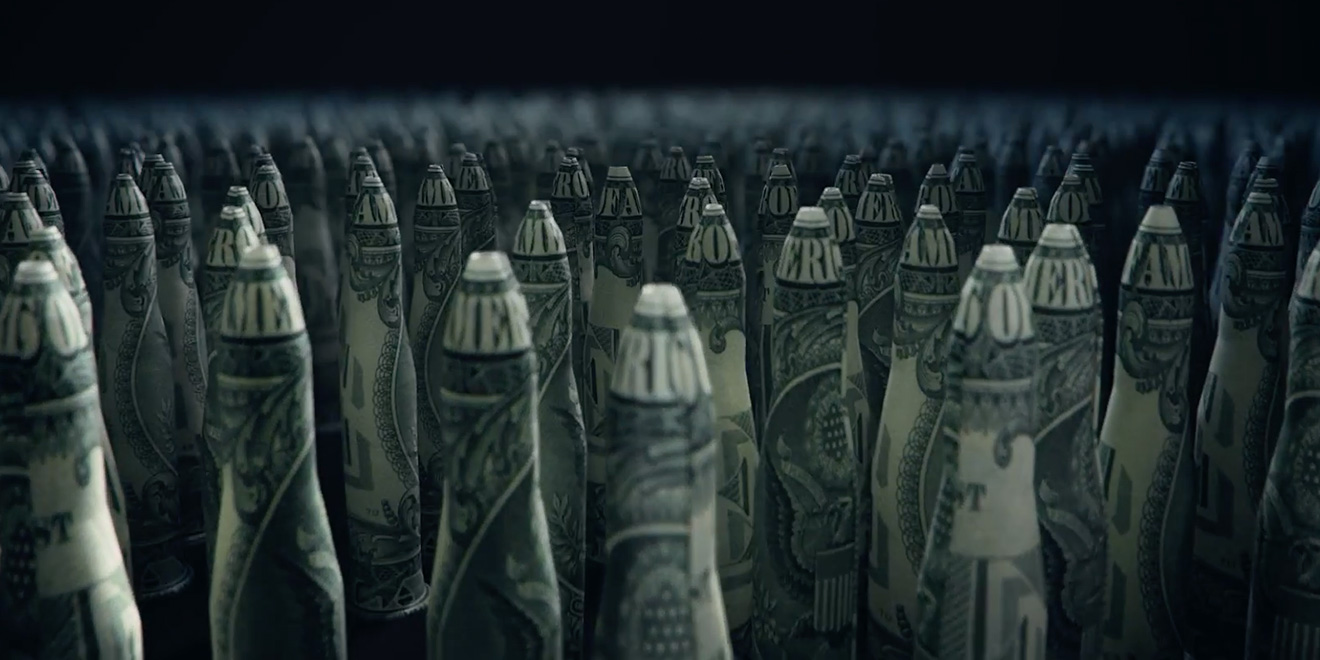 Raising awareness about youngsters whose lives have been ravaged by military conflicts around the world is all well and good. But it’s not good enough for War Child.

The humanitarian organization wants money. Lots of it. Because only through funding can the group provide the life-changing services these suffering children desperately need to survive and thrive.

That’s the point of the charity’s first domestic campaign, which diverges from category norms and the harrowing tone of its past appeals. You won’t find battlefield imagery or tiny, tear-streaked faces in the ad below. In fact, no people appear at all.

You will, however, through the magic of origami and animation, see dollar bills take on various forms, ranging from assault rifles and ammunition to detailed classrooms and playgrounds. The approach vividly illustrates that although cash can be spent on the machinery of death and destruction, donations to War Child help mitigate the horror and build a better world:

“Too often, charity advertising skirts around the crux of the issue,” says Andy Bird, creative chief at Publicis New York, which developed the campaign with production house The Mill. “We need money to make things happen! It’s not enough to just share or like something to raise awareness. We need people to donate. This video puts the importance of money right in your face.”

Caleb McLaughlin, one of the young stars of Stranger Things, supplies the sober, straightforward narration, while Radiohead’s moody “No Surprises” plays on the soundtrack. Production took two months, owing to the complexity of the animation.

Samantha Nutt, War Child USA founder, says focusing on donations, rather than crafting a purely emotional appeal, is designed to make viewers think about how their hard-earned dollars—$249 spent on war annually for every man, woman and child on the planet, according to the campaign—are ultimately spent.

Hopefully, the work will spur folks to ask, “Why do we invest so disproportionately in war—in our mutual self-destruction—rather than in those things that give children in particular a brighter, better future?” Nutt says. “That question was at the heart of Publicis’ approach—to find ways to connect the problem to us all, creating the space for us to be part of the solution.”

Bottom line: “We want people to come out realizing that this is a huge issue, but that there is a way to make to make a difference,” says Bird. “They need make a sacrifice and put their money where their mouth is if they truly want to help.”