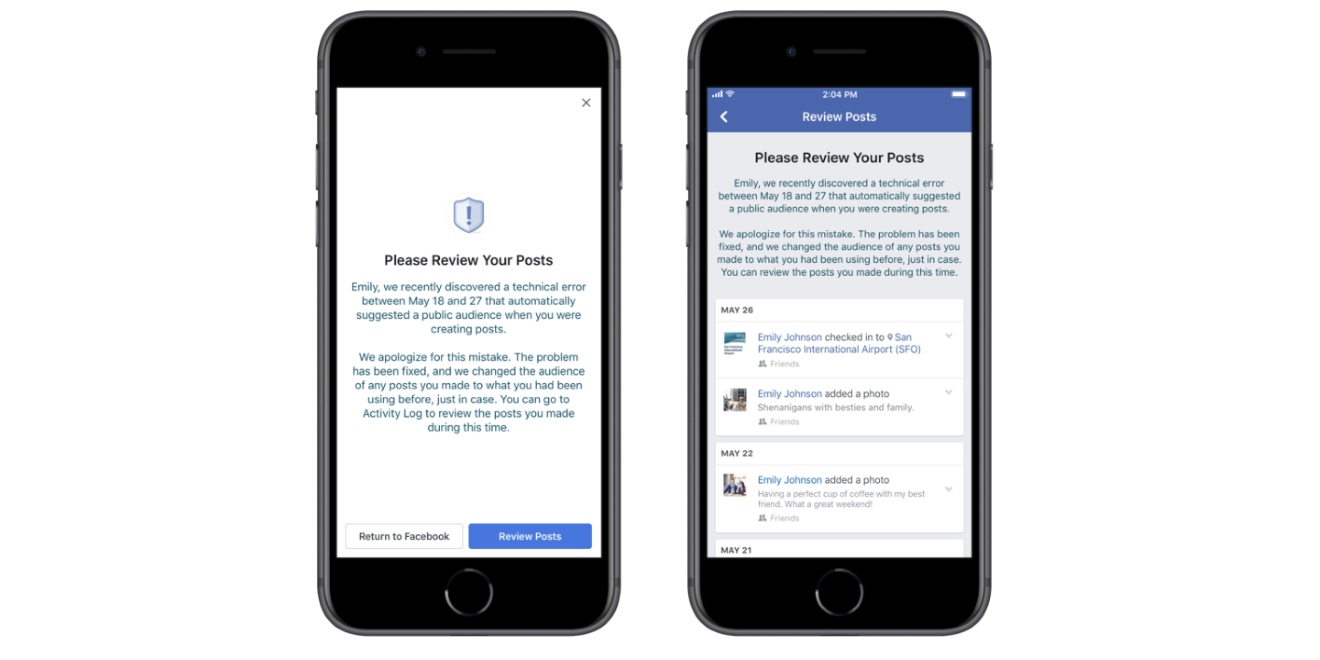 More bad news related to privacy is just about the last thing that was needed in Menlo Park, Calif., but here it is.

Chief privacy officer Erin Egan revealed in a Newsroom post that 14 million people were affected by a bug that sprung up during the post-creation process, automatically suggesting that those posts be made public.

Past posts were unaffected, and users were still able to choose the audiences for their content. The only issue is that public became the default selection for those users.

Egan said the 14 million users who were affected are being alerted and prompted to review any posts they shared during the time period when the bug was in effect, May 18 through 27.

She added that the bug occurred while Facebook was tinkering with its status update composer to add ways to share content such as photos, explaining, “Every time you share something on Facebook, we show you an audience selector so you can decide who gets to see the post. This is based on the people you shared with last time you posted. For example, if you choose to share a photo with friends only, your audience selector will automatically suggest you share to friends next time you start a post. If you shared something publicly last time, it will suggest public the time after.”