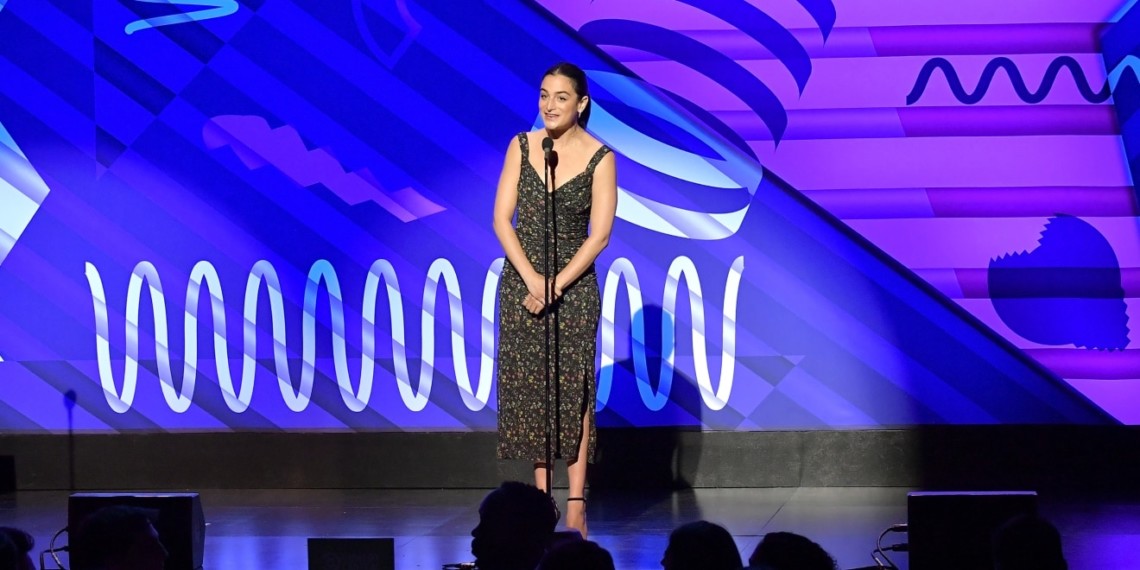 Actress and comedian Jenny Slate served as the event’s host for the first time.

Internet co-founder Vint Cerf was on hand to mark the 50th anniversary of the internet, saying, “I expect you to keep inventing that future and making it safe and secure and advantageous for all of us.”

And Webby Awards executive director Claire Graves said in a release, “So many of tonight’s winners represent the promise of the internet: the ability to unite people all over the world in pursuit of something better. This is the internet we want.”

The International Academy of Digital Arts & Sciences shared some of the five-word speeches by Monday’s night’s winners:

Finally, some of the five-word speeches from advertising winners appear below: