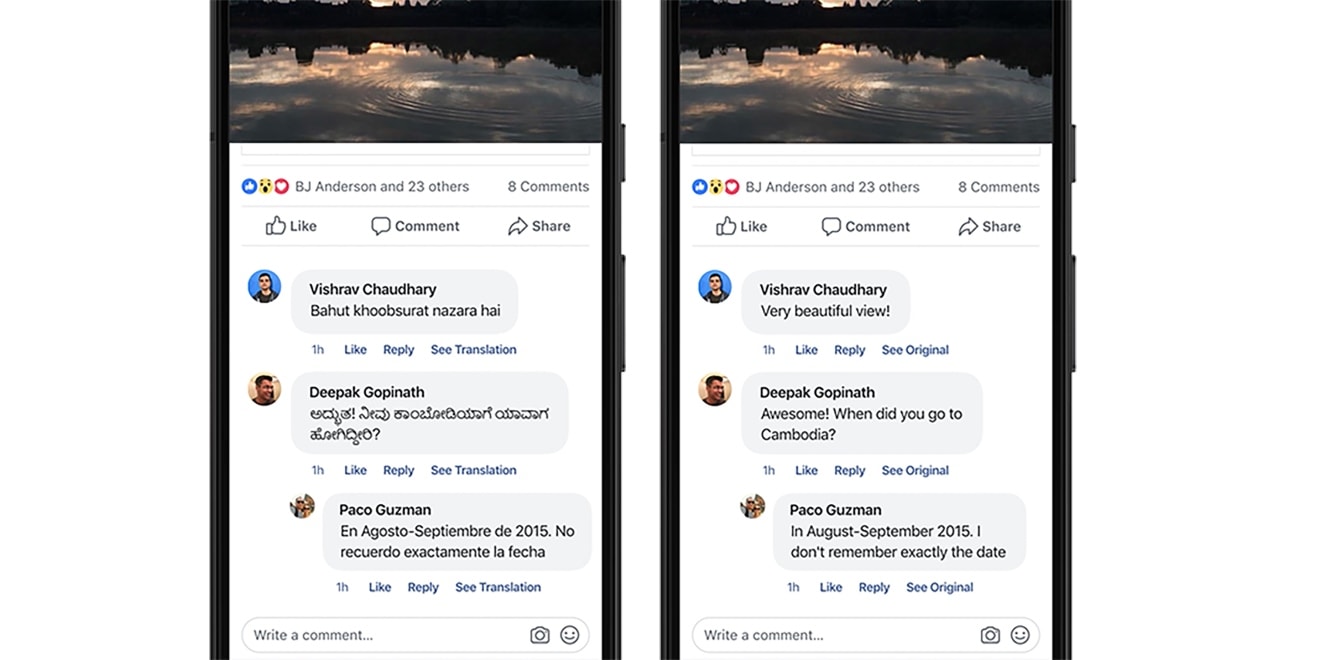 The newly supported languages are:

Research scientists Paco Guzman and Juan Miguel Pino, software engineer Don Husa and engineering manager Necip Fazil Ayan wrote in a blog post that when factoring in the number of languages being used on Facebook and the volume of content, the social network is serving almost 6 billion translations daily, powered by artificial intelligence and neural machine translation.

They wrote of the new languages that were added, “Translation systems for many of these languages are at an early stage, and the translations they produce are still a long way from professional quality. Nonetheless, the systems produce useful translations that convey the gist of the original meaning, and they give us a way to improve quality iteratively.”

Guzman, Pino, Husa and Ayan pointed out that Facebook presents a unique challenge when it comes to translation, as posts and messages on the social network “are generally shorter, less formal and contain abbreviations, slang and typos.”

They added, “We continue to move toward our goal of ‘no language left behind.’ That means improving the quality of translations in all languages, moving beyond just useful and toward highly accurate, fluent and more human-sounding translations. In the longer term, it also means expanding our supported directions to cover all languages used on Facebook. This will require a focus on improving translations for low-resource languages.”