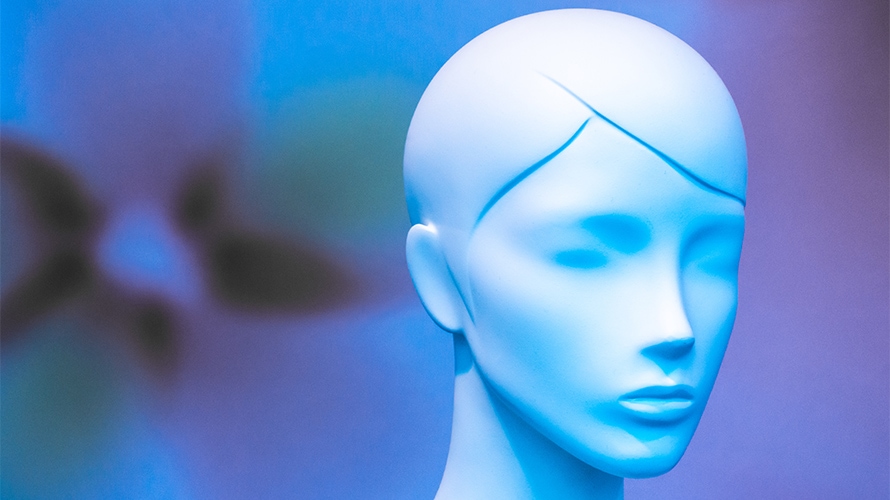 Creative industries need to find a way to work with AI instead of against it. - Credit by Getty Images

There’s something about artificial intelligence that stirs up a low-grade panic in most people. It might be because AI represents an existential threat to human supremacy. Despite this, the use of AI will only be growing and brought to more industries. A 2017 McKinsey Global Institute study of 800 occupations across 46 countries found that by 2030, 800 million people will lose their jobs to automation.

While many jobs can benefit from a level of AI or robotic influence, there are some roles that can never be replaced by technology. One safe field is the creative industry, which includes artists, designers, musicians and others that rely on human emotion and life experiences to produce unique material to connects with other humans. A recent study explored the intersection of AI and art by devising a Turing test to see whether AI could replicate classic works of art and found that, while close, AI-developed art is still not art—at least not yet.

Instead of worrying about AI’s threat to human creative supremacy, the future will be about embracing new technologies and the possibilities it brings for enhancing the process. It’s better to think of AI as your next creative partner than an enemy. Here are a few ways that AI can help creatives in a collaborative way.

It’s better to think of AI as your next creative partner than an enemy.

Cut through the clutter

Rudimentary AI that’s baked into newer tools is freeing designers of tasks like cropping, sorting and searching for imagery. Where junior art directors of the past would have spent hours tagging and sorting images, creatives wielding Adobe software can search thousands of images by color palette and depth of field, among other qualifiers. New AI-powered software eliminates the need for tagging altogether by instead using computer vision to scan images in real-time and match them against selected parameters. Adobe’s Sensei unit is dedicated to creating AI-enhanced tools that allow image editing by voice command. The platform monitors its users’ actions for data then trains the software to incorporate the best practices it learned into recommendations.

Elevate the level of work, especially for young talent

When used correctly, AI can help solve a talent shortage that’s sapping creative industries of young talent and forcing companies to double down on recruitment. Oftentimes, design agencies use junior designers to only do repetitive, mundane work that can lead to early burnout. The challenge then becomes keeping junior staff engaged and driven enough to stick around for the long term and not need to keep hiring to make up for the revolving door of young talent that’s coming and going.

In addition, the democratization of time that AI enables is good for business. With AI automating mundane tasks, this opens up more free time for young designers to come up with more creative winning ideas, which can help elevate their careers.

If you work on anything creative, you’ll find that the majority of the time is spent researching and experimenting, which is part of the discovery process. AI is well positioned to do this at scale, especially in advertising. To David Ogilvy’s chagrin, no copywriter wants to write a thousand headlines. Let the AI do the heavy lifting and the human do the refinement to find the best idea and work it into something usable. Another application is AI’s ability to search and process millions of visual data points, which can be useful when scanning the web for relevant references.

All of these applications free up time for creatives to be just that and use their human experiences and emotions to find creativity that cannot be replicated by a robot. Creatives should not be scared of AI, but should think of it as an opportunity to reinvent themselves and use the benefits of AI to become more efficient, allowing for more creativity.