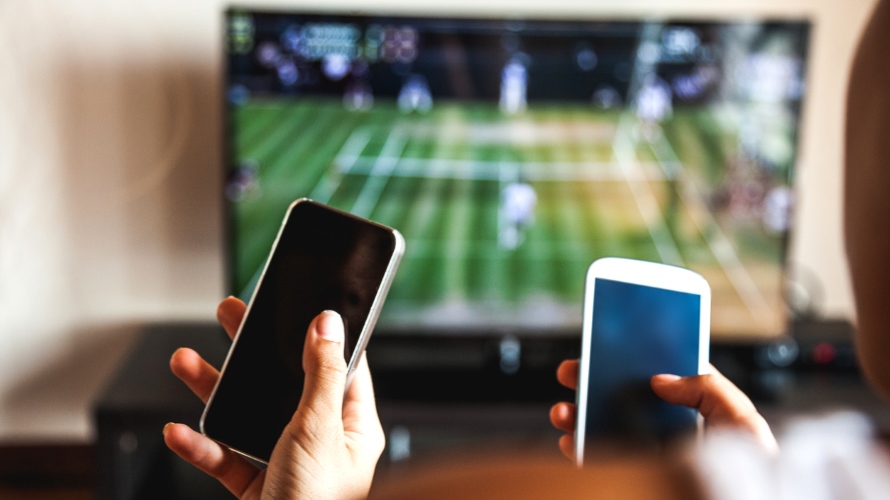 Live social content and streaming media have completely changed the way we stay connected and entertained and how we interact with live TV broadcasts and events in the moment. Highlights of 2018 FIFA World Cup Russia went viral across Facebook, Instagram, Snapchat, Twitter and YouTube, including millions of fans who took to social following Cristiano Ronaldo‘s hat trick, among other epic moments.

In June, Instagram also launched IGTV, allowing content creators to share videos up to one hour in length. As more families cut the cord and people alter their consumption patterns, Instagram continues to build momentum in the race to become the video platform of choice on mobile. More than 1 billion users are already on the platform, and there are 400 million daily users of Instagram Stories.

Social media content is a goldmine for broadcast and live event producers. In 30 days, more video content is uploaded to social media than the top U.S. television networks have broadcast in the past 30 years.

For broadcast and livestream producers today, success demands weaving together the best social content, stories and conversations into the live events they air, complementing the second-screen experience for viewers. Producers not only have to produce quality content, but they must also stay connected to the buzz happening in the moment across social channels.

With that in mind, here are three ways producers are integrating live social content into broadcasts to build momentum:

Use live social content to tell a more impactful story

When LeBron James hit a game-winning shot during the 2018 National Basketball Association Playoffs, the Inside the NBA crew on TNT talked about the incredible moment not just with traditional footage, but by finding and surfacing a public Snapchat post from a fan in the stands who caught a unique angle of the action. Sure, it’s not an HD view, but you can feel the raw emotion when the shot drops through the net and the crowd roars.

Telemundo also weaved live social content into its primetime World Cup show to share live reactions from fans in cities around the world, from celebration to heartbreak. With people already watching World Cup highlights from every angle, integrating live social stories into its coverage helped bring fans closer to the story behind every game.

Uncover unlimited perspectives (and content) for any given moment

With the average person spending more than five years of their lives on social media, and much of that content including live video, there’s a treasure trove of content for producers to leverage their stories. Local news outlets utilized geo-located Snapchat content to extend the voice of students from the recent nationwide March for Our Lives. Capturing this raw, in-the-moment footage isn’t always possible for news organizations with a limited number of camera crews, and it allows us, the viewers, to experience news from the front lines, at scale.

Tegna vice president of digital audience engagement Frank Mungeam agrees: “There’s a physical limitation as a media company. In a large market, we might have one-dozen storytellers heading out into the field. Well, there are hundreds of thousands of storytellers in the community now with a device called a mobile phone. This gives us the ability to access that point of view and perspective.”

We also see this with NBC’s Golf Channel, which intersperses celebrity and athlete social content across platforms to bring viewers closer to the conversations around each tournament.

Golf Channel social media producer Betsy Kash shared that, “Every time Tiger Woods has a comeback, people get excited. During one of his first appearances at a PGA Tour event in a long time, people from across the sports world were super-active on social media. So, in addition to the normal social media work I’d do during the tournament, I was standing next to the producer in the truck saying, ‘Hey, Steph Curry is talking about this. Bo Jackson is talking about this. We’ve got to get this stuff in there.’ So, we did throughout the broadcast. During our interview with Tiger, we got to show him some of the tweets live on air. It was a great moment.”

Overcome the limitations of the production room

Every production team searches for newsworthy and talkable moments, whether it be for a nightly newscast or yearly tentpole event. While smart producers know that social media content is integral to a successful live broadcast, they may find it difficult to first uncover all of the timely and relevant content, and then, second, to turn them into easily usable pieces live on-air.

In an omni-screen world with a smartphone in every hand, live broadcasts will continue to evolve to be more contextual through interactive, real-time elements. Broadcast networks that embrace live social content and experiences across screens will not only stand out, but tell more powerful stories, while staying at the center of the conversation.