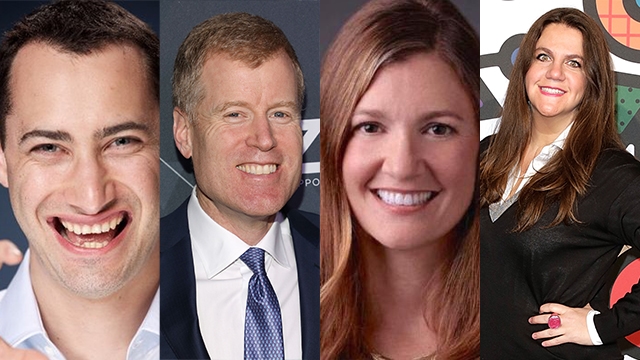 If there’s one lesson that haunts every retailer, it’s not that the customer is always right but instead that consumers are deciding what they want in the shopping experience at a rate faster than companies are able to adapt.

At the Shoptalk retail conference in Las Vegas, executives from Macy’s, Nordstrom and Facebook spoke about how they’re approaching their customers—and what’s working for them in an era defined as much by speed as by relevancy.

Nordstrom, an outlier in the retail industry for experimenting with concepts like Nordstrom Local as well as opening up a new store in New York soon, talked about understanding their shopper across the company. For example, the company’s recent earnings were disappointing and showed a decline in store traffic during the holidays, so co-president Erik Nordstrom said they’re trying to figure out exactly what happened because it’s one thing that’s “within [their] control.”

And while there’s that concern in the business, Nordstrom learned a different side of their customer from the Nordstrom Local stores in Los Angeles.

“Our local store is really part of a bigger strategy,” Nordstrom said. “In the simplest terms, what assets can we bring to a local market to serve customers better? It’s looking at a market and not looking through a restrictive lens.”

Since the store has no merchandise, Nordstrom explained store associates (and the store itself) can communicate the different services Nordstrom offers. Most important, an underrated feature that the store has brought on is a higher rate of return.

“For us [in physical retail, it’s about] how do we learn quickly, how do we get a lot of tests out there and move in a very agile way to what the customer is telling us?” Nordstrom said.

Move to where the customer is

Macy’s hasn’t had the best year, but in the company’s keynote, the legacy brand shied away from acknowledging its pain points and focused on one area that’s working for them: their mobile app and combing the offline with the online.

Jill Ramsey, chief digital officer at Macy’s, said the two-thirds of traffic and half of Macy’s online sales came from mobile, making their app customer their “most loyal customer.” To appease this customer, Macy’s is working on three features for its app: a better mobile wallet that enables buy-online-pickup-in-store (BOPIS) or mobile pay; a tool to connect customers to in-store stylists; a way to let customers know about events happening at their local Macy’s store; and a product locator function.

“Our ambition is to make Macy’s an amazing place to shop, work and partner with,” Ramsey said.

Rachel Shechtman, founder and CEO of Story, which Macy’s acquired last year, explained how she’s bringing her vision to the retailer, such as doing a Peanuts collaboration with more than 100 partners in May.

The company also tossed buzzwords around, like virtual and augmented reality, machine learning and algorithms—but only time (and earnings reports) will tell if whatever Macy’s is throwing at the wall is actually sticking.

From the perspective of Mark Rabkin, vp, ads and business platform at Facebook, the customer is adopting new behaviors—like using Stories—in such record time that it’s hard even for Facebook to keep up.

“The consumers are pulling us in these directions, and we’re trying to innovate on top of that,” Rabkin said.

Rabkin said companies need to have an organization that can “respond to something every six months and see it as an opportunity.”

It’s why Rabkin said direct-to-consumer brands can create new products or messaging; they’re smaller organizations and new to the industry and are willing to constantly experiment.