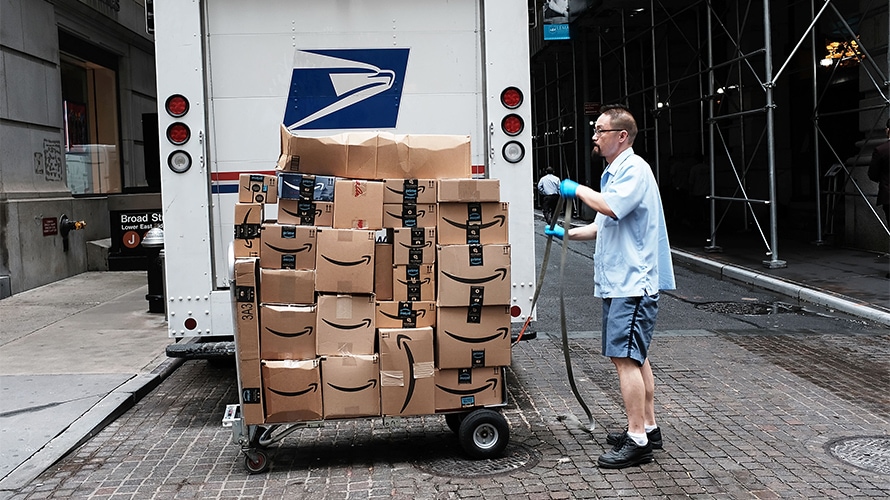 It's a speed boost, but it's already the norm for many. - Credit by Getty Images

At first blush, CFO Brian Olsavsky’s casual mention that Amazon is shifting to one-day shipping as the standard for Prime members seemed like the biggest news in ecommerce since the company announced free shipping on all 2018 holiday orders.

The they’ve-done-it-again awe isn’t entirely unfounded; the shift may very well help Amazon make a dent in the 50% of U.S. ecommerce it doesn’t already dominate. And it certainly sets the pace for competing retailers. However, even with an $800 million investment behind it, it’s not actually going to change that much for Amazon, consumers or sellers. Here’s why:

According to research from RBC Capital Markets, approximately 72% of the U.S. population already has access to millions of items from Amazon with same- or next-day delivery. Amazon also offers thousands of items within one or two hours—and, of course, it has data on order frequency and average order value growth driven by faster shipping.

In fact, Larry Pluimer, CEO of Amazon agency Indigitous, described one-day shipping as “more of an evolution than it is a quantum leap forward.”

“Between Prime Now and the deployment of Amazon’s own transportation network,” Pluimer said, “Amazon is well prepared to implement the new standard.”

For her part, Forrester analyst Sucharita Kodali noted there are still a lot of unanswered questions, such as how many additional packages will be delivered in one day.

“You’ll notice they don’t promise anything—only that they are moving to more one-day,” she said. “Amazon is great at making announcements, but the details are usually overlooked.”

Pluimer, too, said it isn’t clear what restrictions or exceptions Amazon will place on expedited Prime shipping, if any.

Its environmental impact has offsets

While there are concerns about the increased carbon footprint—for one, the one-day standard could force trucks to make deliveries before they’re at full capacity—Pluimer said Amazon has offered a number of measures to help compensate, including the option to consolidate deliveries on a weekly Amazon Day and its upcoming Shipment Zero programs, which seeks to make 50% of all shipments net-zero carbon by 2030 (although it won’t announce specifics until later this year).

In addition, research has shown that one van dropping off multiple packages has a smaller footprint than all the residents in a given neighborhood driving to stores in their own vehicles. However, Pluimer conceded one-day delivery likely assumes more air freight, which could alter the calculus.

It’s to be expected

Per David Hutchinson, national director of paid platform merchandising at digital agency iProspect, one-day shipping is a must for Amazon to keep pace with its competitors, which can offer buy-online-pickup-in-store (BOPIS) and next-day delivery.

“Consumers will always have a need to purchase some sort of good and have it arrive on the same day,” he said. “We live in an expectation economy, and those retailers that reduce the friction will continue to gain loyalty.”

RBC, too, noted stores have historically had an advantage among consumers who have an immediate need and/or want to see, touch or feel a product. One-day delivery, however, helps Amazon overcome those barriers.

It’s pretty much business as usual for sellers.

While sellers will potentially incur additional costs—which Amazon is willing to help offset, at least in the short term, with storage discounts—sellers say not much will change for them, other than having to store more inventory in fulfillment centers and the potential to earn one-day delivery badges.

“One-day shipping will make consumer-goods purchases [in the $20- to $50-range] a lot more appealing to shoppers,” said seller Deniero Bartolini. “I have no issue with overstocking a bit at this point. My real fear is running out of inventory during a good sales month. You could lose out on tens of thousands of dollars in sales.”