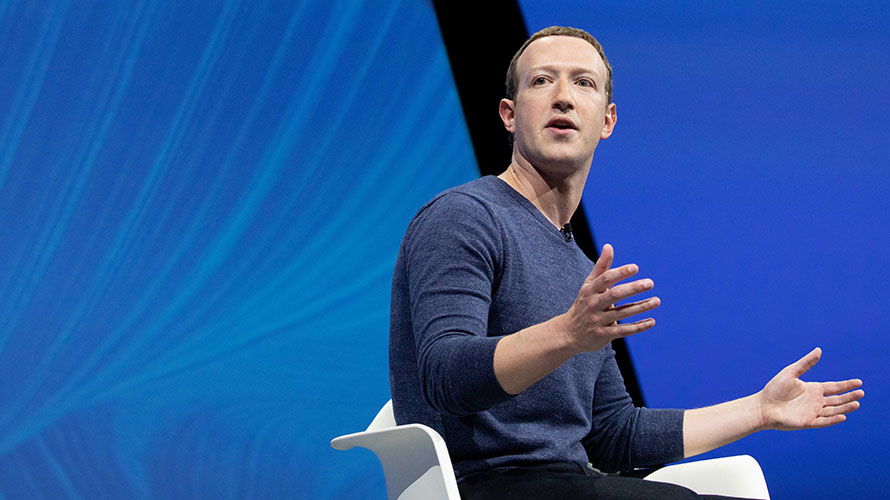 Zuckerberg laid out a privacy manifesto this week as a report showed a drop in U.S. users on the platform. Getty Images

It’s been quite a week for big tech. Just after Mark Zuckerberg laid out a long manifesto to supposedly reorient the company’s goals around user privacy, presidential contender Sen. Elizabeth Warren put forth a proposal to break up his company and other tech giants through antitrust action. Meanwhile, thousands of retailers met in Las Vegas for this year’s Shoptalk conference to discuss some of the trends roiling the industry.

Here are some of the stats that stood out from this week’s news:

15 million users: That’s the number of users Facebook has supposedly lost in the U.S. in the past two years, according to a report from Edison Research that comes as Facebook claims to be shifting its focus to more encryption and private messaging after months of endless scandals.

“I believe the future of communication will increasingly shift to private, encrypted services where people can be confident what they say to each other stays secure and their messages and content won’t stick around forever,” Zuckerberg wrote. “This is the future I hope we will help bring about.”

$100,000 in damages per domain name: That’s the amount of damages Facebook and Instagram are seeking in a lawsuit against Chinese companies peddling fake accounts, likes and followers. The tech giant is also accusing the four Chinese companies of infringing on its branding trademarks.

Facebook and Instagram alleged in their complaints that the defendants used the following websites to advertise the fact that they created, controlled, maintained and made available for sale fake and inauthentic accounts on Facebook and Instagram, as well as on Twitter, Google Voice, Gmail, YouTube, LinkedIn, Apple, Amazon, Pinterest, Snapchat and other online services: 9xiufacebook.com, 9xiufacebook.cc, 9xiufacebook.net, maihaoba.cc, myfacebook.cc and myhaoba.com.

50 percent of online shoppers: Google says around half of online shoppers thought about buying an item after seeing an image of it. That’s why the search giant debuted a new shoppable image format at Shoptalk. The feature is currently in testing with select retailers under searches like “home office ideas.”

“We realized that no two journeys are alike, and we think a lot about funnel,” [Daniel Alegre, president, retail shopping and payments at Google] said during a keynote at Shoptalk, a retail conference in Las Vegas. “The reality is it’s really not like a funnel. No journey is exactly alike. With so many choices and awareness, awareness is about being there when the consumer is looking for you.”

8 to 13 channels: The average marketer currently uses eight different channels from mobile apps to email marketing, according to a Salesforce report this week, but that number is expected to increase by five within a year as new options like VR and customer communities come in to play. The report also bodes well for cross-channel coordination with more marketers now saying they share goals with other teams like commerce and customer service.

Working across teams isn’t the only pain point marketers are facing; they’re also figuring out how to better use all sorts of channels from mobile apps to email marketing. Thirty-three percent of marketers said their “channel coordination” is “dynamic,” a 28 percent increase from 2017.

137 pages: That’s the number of Facebook and Instagram pages the company pulled in the U.K. in its latest crackdown on coordinated bots on the platform. Facebook reported that a total of 23 Facebook pages, 74 Facebook accounts, five Facebook groups and 35 Instagram accounts were taken down in the U.K. for engaging in coordinated inauthentic behavior, along with four pages, 26 accounts and one group in Romania.

Don't miss Adweek NexTech, live this week, to explore privacy, data, attribution and the benchmarks that matter. Register for free and tune in.
@patrickkulp patrick.kulp@adweek.com Patrick Kulp is an emerging tech reporter at Adweek.