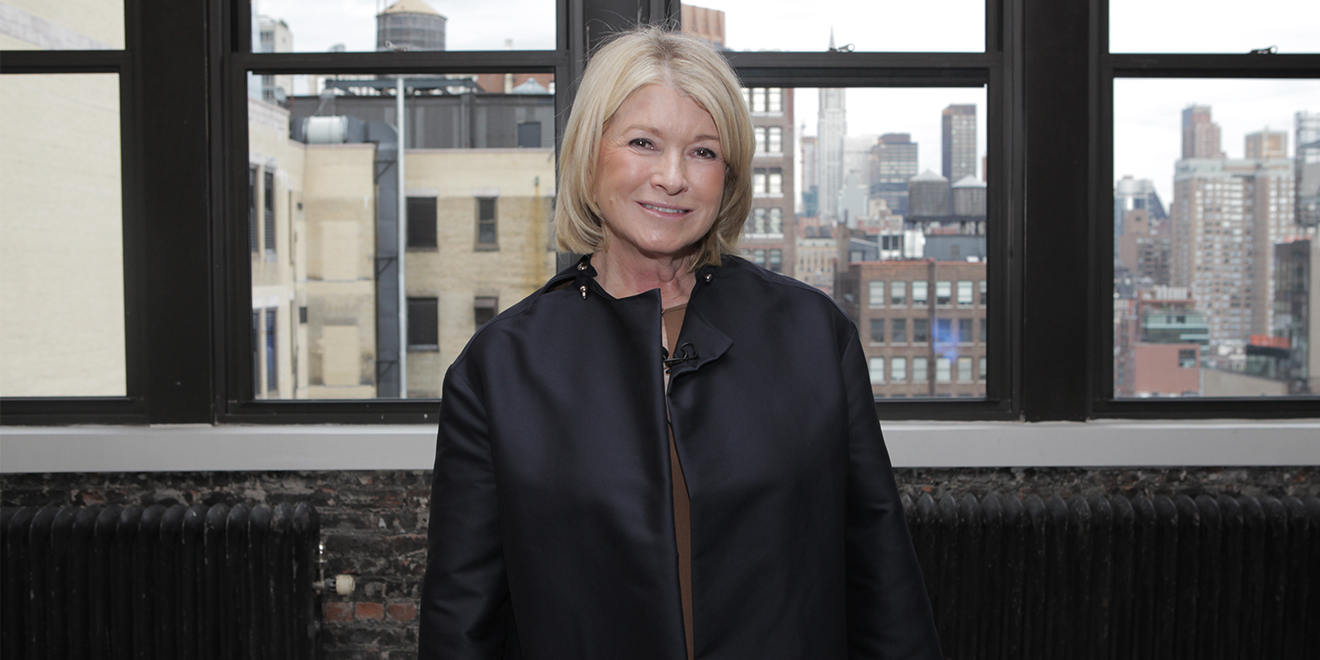 Martha Stewart is waiting for the new iPhone, reads her news on her tablet and has an Amazon Alexa. - Credit by Raquel Beauchamp for Adweek

While Martha Stewart’s brand is so well-defined it automatically evokes the image of totally put-together, picturesque domestic wonder, a lighter side shone through during her Q&A yesterday with Adweek editor Lisa Granatstein at Adweek’s Elevate summit: Stewart’s sense of humor. Of course, for those familiar with Stewart’s performance at the Comedy Central Roast of Justin Bieber in 2015, Martha Stewart’s funniness isn’t news–but these Martha Stewart facts may be.

Stewart has some new wheels, and she was glowing with excitement as she shared the news with her audience. “[I] just bought a Tesla,” she says, grinning ear to ear. “I’m so excited. And that has a lot of AI [artificial intelligence] in it. Oh boy, I can’t wait.”

.@MarthaStewart just bought a @Tesla “and that’s got a lot of AI.” #AdweekElevate @Adweek @lgranatstein pic.twitter.com/D44YUdQCml

2. Really, she’s into technology in general

When Stewart made that aforementioned AI reference, you can bet she knows what she’s talking about. Sometimes, she gets her tech knowledge straight from the source. “I went up to MIT and talked to all the guys, and really, the man who fathered AI in America,” she explains of a visit she made to the university known for its science and tech studies.

She’s also waiting for her new iPhone X, reads her news on her tablet, has an Amazon Alexa (which answers when she talks to her daughter Alexis on the phone) and sets her Sonos to play classical music to her birds. But she also acknowledges tech’s downsides, warning the audience that “you never learn with your nose in your iPhone.”

“You never learn with your nose in your iPhone. You need to look around,” @MarthaStewart in conversation with @lgranatstein #AdweekElevate pic.twitter.com/rq2REtUFOy

3. She’s traveling to Antarctica and the North Pole in the same month

Stewart says her grandson is impressed. So are we.

4. When she’s traveling in a familiar place, she avoids the same old path

“I look around me a lot,” says Stewart. That applies to her drives as well by necessity, she said, explaining that she makes her drivers “crazy” because she’s always asking them to find new routes to places she’s been before.

It’s part of her always-be-curious attitude about life. “Any entrepreneur has to be curious. Without curiosity, I don’t think you can develop a business that’s new and different and noteworthy,” she says.

5. Once she decided on the name for her flagship magazine, she wasn’t going to give it up

While Time Inc. published the first issue of Martha Stewart Living in 1990, she first developed the concept at Condé Nast with head Si Newhouse giving her a “little team of two people to create a prototype.” When he asked her what she wanted to name the publication, she consulted with others and came up with Martha Stewart Living.

“Si Newhouse said, ‘Oh no, this is Condé Nast, you have to call it Condé Nast living.’ [So] I took it elsewhere,” says Stewart.