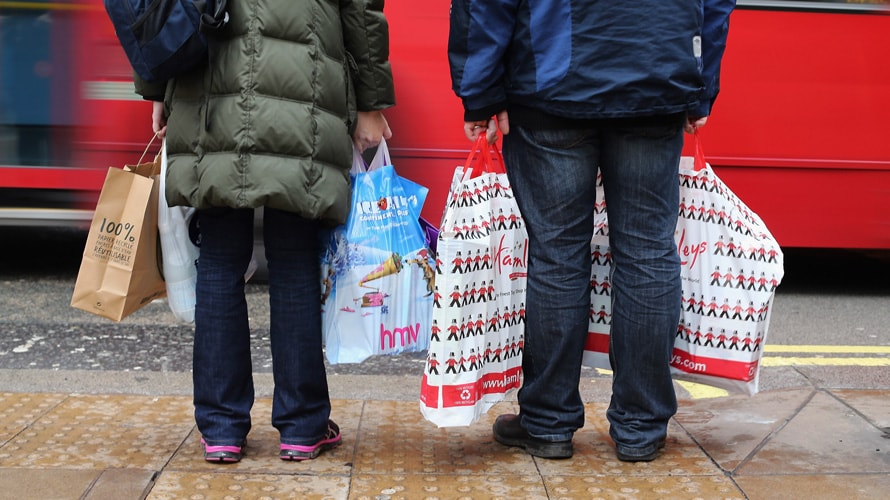 In the past 10 years, Amazon forever changed the way we shop. Again. - Credit by Getty Images

If it wasn’t for Amazon, we might still be buying books at bookstores or at least from another website. Barnes and Noble could still be independent. Borders might still be around. Your mom and pop could possibly eke out an honest living as independent booksellers. And so on.

But, since 1994, Amazon has been, well, Amazon. And, in the past decade in particular, it has arguably affected our day-to-day lives more than any other company on the planet.

Here’s a look at five ways Amazon upped the ante for retailers in the 2010s—and how it forever changed the way we shop:

It perfected the loyalty program

Amazon’s Prime predates the 2010s—it launched in 2005 for $79 a year—but this was the decade Amazon upgraded Prime from merely a means to get unlimited free shipping to a true loyalty program.

In 2011, it added TV and movie streaming and the Kindle Owners’ Lending Library. The ad-free music streaming service Prime Music followed in 2014. Then, Amazon kicked off 2017 with a new credit card with exclusive rewards for Prime members. The following year, it rolled out special savings to Prime members who shop at its new subsidiary Whole Foods. Along the way, it supplemented its Prime Video lineup with original content, like the award-winning The Marvelous Mrs. Maisel and Fleabag. It also appended Prime Now, Twitch Prime, Prime Pantry, Prime Wardrobe, Personal Shopper by Prime Wardrobe, Prime Early Access and Prime Reading. And, over the summer, it held its first members-only Prime Day concert.

All of these benefits helped justify price increases in 2014 and 2018, but they’ve also lured more than 100 million people into Amazon’s ecosystem and given them even more of a reason to search for the products they want to buy on Amazon.com first.

In turn, competitors like Walmart and Target have tried to appeal to consumers with “no membership fee” lingo, particularly around the holidays, and have experimented with their own unlimited delivery and loyalty programs, like Target Circle and Walmart’s Delivery Unlimited for groceries. But there’s still only one Prime.

It set the pace for delivery

In Amazon’s second-quarter earnings call in 2019, CFO Brian Olsavsky casually mentioned Amazon was transitioning from free two-day shipping to free one-day shipping. This capped a decade of delivery innovations from the platform, including the one-hour delivery service Prime Now, which debuted in 2014; in-car delivery, which became an option in 2018; and both in-garage delivery and a delivery robot named Scout, which followed in 2019.

Along the way, Amazon has arguably forced its competitors to offer better and faster delivery options, such as Walmart’s in-home delivery service and a slew of grocery delivery experiments as well as Target’s acquisition of last-mile delivery startup Shipt. But we’re also seeing ripples among couriers, like FedEx testing its own autonomous delivery robots, as Amazon distances itself and rumors swirl that it wants its own in-house air carrier.

One analyst told Adweek he thinks one-day shipping is merely a step toward winnowing the delivery window down to an hour, so the odds are good expedited shipping will continue to be a retail trend in the decade to come.

In 2010, Alexa was best known as the 50th most popular baby name for girls. Nearly 10 years later, millions of Amazon customers have a disembodied Alexa in their lives.

In many respects, the 2010s was the decade of voice-enabled technology, starting with the one-two punch of IBM’s Watson winning Jeopardy and Siri’s debut in 2011—but, even then, how many of us thought we’d have a Star Trek computer at home by now?

Amazon’s Alexa and Echo devices became commercially available halfway through the decade. While Amazon certainly isn’t the only game in town—Google Assistant and Google Home came out in 2016, followed by Apple HomePod in 2018—research has repeatedly showed Amazon shipping more smart speakers per quarter than any other manufacturer.

As we close out the 2010s, consumers are still using their voice assistants and smart speakers mostly to ask questions and stream music, but research shows smart home control and voice commerce are growing use cases. Amazon clearly has an advantage with the latter given the breadth of its product portfolio, but this has also driven its rivals—Walmart in retail and Apple and Google in smart speakers—to join forces.

And as manufacturers appeal to hearts and minds with tactics like special voices—most recently Samuel L. Jackson for Alexa and Issa Rae for Google Assistant—and consumers commit to an ecosystem, this, too, will be a space to watch in the 2020s.