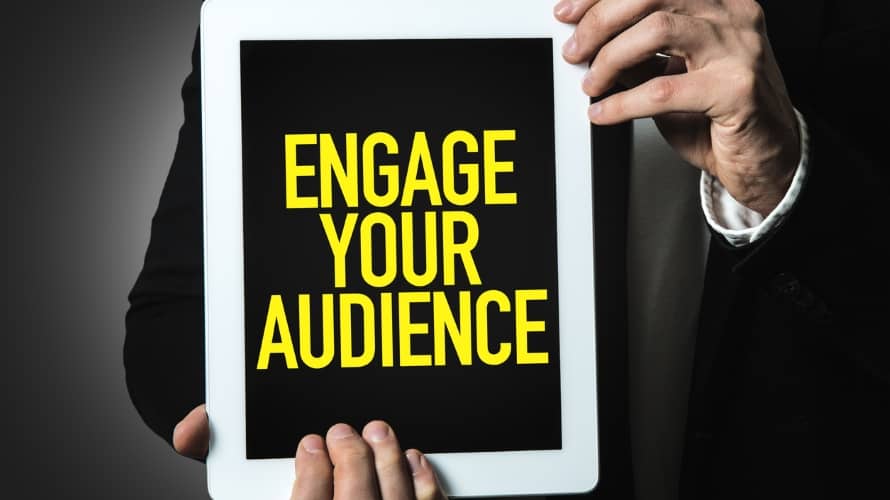 No one doubted that Apple did indeed Think Different in 1997, when it introduced a series of advertisements featuring the plucky, succinct directive. Instead, consumers instantly bought into the mindset, peppered by familiar images of everyone from Kermit the Frog to Albert Einstein.

It’s been two decades since Apple’s winning campaign, yet it remains evergreen. The secret is its ability to bypass humans’ natural skepticism and bond quickly with viewers. In other words, it facilitates an immersive, emotional relationship between buyer and brand.

Chances are strong that your company’s social media strategy could use a similar shot of this profitable type of loyalty-inducing recognition, affection and traction. But you’re never going to form a tribe of advocates until you promote your business socially as a personality with heart and soul—not just a faceless supplier.

Psychological studies repeatedly show that despite consumers’ testaments to the contrary, their purchase decisions basically boil down to feelings. Why else would so many otherwise frugal customers shell out extra money for high-priced branded groceries when equally nutritious generics are available?

Truly, we are sentimental creatures hiding behind a facade of rationalism. However, that doesn’t mean we aren’t wise. Thanks to the internet’s extreme information transparency, shoppers can immediately sniff out untrustworthy organizations. In fact, consumers seem to be on the hunt for deception. A 2017 Edelman study suggests that the collective “trust barometer” has dipped and it’s not likely to rise again soon.

Of course, this doesn’t mean winning is impossible. To prove the point, seven out of YouTube’s top 10 ads of 2017 feature visions of diversity, inclusion and empowerment—all emotionally resonant messages that drive connections with the audience. Applying these same emotional appeals within your social posts can drive similar engagement, encouraging consumers to develop connections with both your social pages and your brand as a whole.

Even if your team has spent little time exploring the way your brand comes across on social platforms, you’re not too far behind to make strides. Jump-start your engagement by implementing the following suggestions:

Own your cultural landscape position

Stop thinking of your business as a something and start considering it a someone. Successful corporations must operate like members of the culture rather than simply detached suppliers of goods and services.

This is a responsibility that brands must take on when interacting with customers over social platforms. Emphasize the cultural components of your customers’ lives in your posts—from images of your product connected to their daily activities to conversation starters related to their favorite subjects—to become part of the greater cultural discussion.

Tap authentically into a social cause

Chipotle was on the road to destruction after negative public relations from a number of national health scares. However, amid the swirling winds of adversity, Chipotle never lost its commitment to environmental stewardship. Hence, it continued to promote and grow the Food With Integrity campaign for which it is now known.

Rather than allowing others to define the trajectory of the restaurant, Chipotle’s leaders doubled down on its promotion of locally sourced ingredients through both traditional marketing and social media.

Follow its lead and use your voice and platform to champion causes that your team believes in. This will not only bolster the cultural and emotional connections that encourage users to interact with your posts, but it also helps position your social brand as a trusted voice.

You’re probably already pushing content to customers and prospects. Are you doing this task purposefully? Some researchers argue that marketers need to remember the 80-20 rule when generating content calendars. Specifically, only one-fifth of content should be purely sales or promotional. The other four-fifths needs to be directly valuable to audience members.

Planning to use video as part of your content? You’re making a smart decision, but don’t rely too heavily on music, dialog or voiceovers. Statistics indicate that around eight out of 10 people regularly mute video ads they see online. Thus, you’ll want to ensure that your videos have just as much impact and interest without chatter or noise.

Social media is, at its core, a driver of conversation and connection. Want to know what people think about your brand or how they feel about a new initiative? Ask them. Too often, we forget to prompt readers, listeners and viewers to swing back around and give us their insights. If you don’t ask, you’ll never get valuable input: You’ll be left in the dark.

Of course, not all feedback needs to take the form of comments on a post or direct messages to corporate leaders. Try probing into individuals’ thoughts with everything from surveys to “knowledge testing” posts on your social pages. Then, use what you learn to further develop your corporate persona so that it matches what consumers need in a brand partner.

It’s sad, but true: The dark social sharing phenomenon has killed many an analytics report. Dark social shares—like copy-and-pasting into a message or word of mouth—account for almost two-thirds of all social sharing of content and can’t be measured. After all, these shares are taking place on platforms like WhatsApp or via person-to-person texts.

On the one hand, it’s exciting to know that humanity has found new, exciting ways to transfer information in real-time. On the other, it’s frustrating because you can’t depend on numbers to accurately reflect what’s being said about our content or when it’s being talked about.

Therefore, take heart when you spot a wobbly analytics report: If your revenue is on the uptick, you have less to worry about than you might think.

Ready to be the “think different” player in your industry? The only way to bridge the gap between you and your target audience members is to fully understand how to captivate them emotionally, and social media makes it easy to forge that connection. You can have the greatest features and benefits in the world, but it’s your inherent goodwill that will cause people to buy.

Chirag Kulkarni is chief marketing officer of digital pharmacy Medly, and he has helped companies like Expedia with digital marketing.