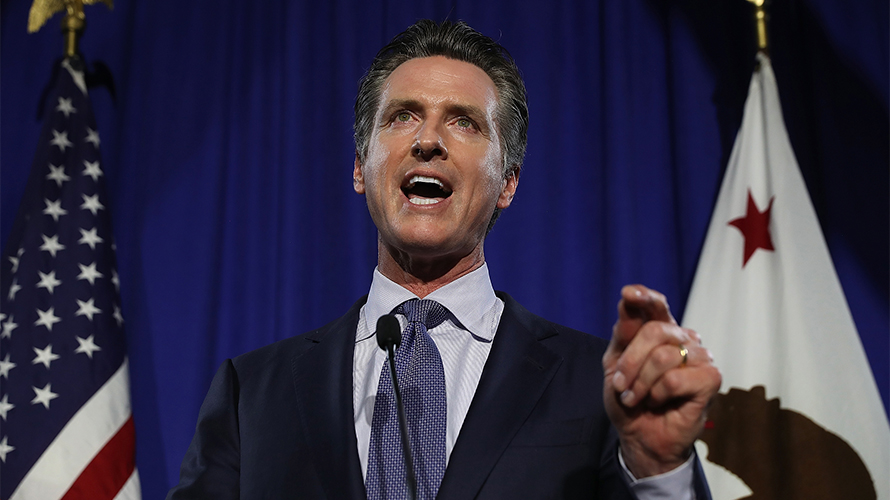 Gov. Gavin Newsom announced the "Data Dividend for Californians" proposal during his State of the State address on Tuesday.

California Governor Gavin Newsom is working on a proposal that would require tech companies to pay Californians for their data, a proposal that, while sparse on details, already has marketers sweating.

Newsom, who was sworn in as governor in January, made the announcement during his State of the State address on Tuesday.

“California’s consumers should also be able to share in the wealth that is created from their data,” Newsom said during the speech. “And so I’ve asked my team to develop a proposal for a new Data Dividend for Californians, because we recognize that your data has value and it belongs to you.”

The proposal has not been released, and details such as how much tech companies might be required to pay, or how much Californians might stand to benefit financially from the proposal, have yet to be hammered out.

Nonetheless, the concept of a data dividend has already prompted some concern among marketers, who worry that the proposal could be bad for their businesses’ bottom lines. Dan Goldstein, the president and owner of the digital marketing agency Page 1 Solutions, said he worried that a dividend could lead to more costly marketing.

“If they are taxing Facebook and taxing Google or any of the other major marketers, the tax is going to get passed on in advertising rates,” Goldstein said, adding that he wasn’t sure if the proposal would lead to “meaningful” benefit to consumers.

Right now, big tech makes billions off the data harvested from its users, who freely give up their personal information in exchange for the use of their platforms and services. Marketers, too, benefit when they pay tech companies to aim their advertising toward certain users. Some privacy advocates and entrepreneurs have expressed concern that big tech is raking in huge profits off consumer data, while those consumers see no direct financial compensation.

Shane Green, the CEO of the consumer data-sharing platform Digi.me and the co-founder of the data marketplace UBDI, said that the proposal, while light on specifics, represented a “landmark moment.”

“People have certainly talked about and worked on these ideas around how people can participate in the economics of their data,” Green said. “But I can’t recall a politician of his magnitude saying that this is something that needs to happen.”

The concept of a government-arranged dividend for state residents isn’t a new one; Alaska, as Forbes noted, has for decades maintained a state fund that collects a percentage of oil royalties from the oil industry and then compensates residents annually. But the idea of providing a payout to consumers whose data is being used by big tech has not attracted much attention from legislators until now, Green said.

Neil Sweeney, the founder and CEO of the first-party data platform Freckle and the consent-management platform Killi, said the proposal was “inevitable” when considering the record profit companies like Facebook are making from consumer data.

“At some point or another, the value proposition erodes,” Sweeney said. “It can’t just be the big corporations or big tech companies who are the beneficiaries.”

Sweeney and Green both compared the concept of a data dividend to a universal basic income, a guaranteed cash payment or stipend given without requirements like a means test. Proponents of a UBI include Facebook CEO Mark Zuckerberg.

Green said it was particularly notable that Newsom defined the reasoning of the data dividend based not on the geography of the tech companies—many of which have major presences in Silicon Valley—but on the fact that those corporations profit from Californians’ data. That distinction, Green said, indicated to him that Newsom’s team has a good understanding of the value big tech wrings out of the data it harvests.

That’s not to say those companies will embrace the idea, though.

“The big companies themselves are very unlikely to lean into this for the same reasons that the big companies don’t have a vested interest in educating consumers about how their data is being used, or the value of their data,” Sweeney said.

California proved itself to be a regulatory testing ground when it comes to consumer data rights when it passed the California Consumer Privacy Act, or CCPA, which will require that tech companies give consumers more control over how their data is collected and used when it goes into effect in 2020. The tech industry has been critical of some of the provisions in that bill and has lobbied for a more lenient federal privacy bill that would preempt the CCPA.

As for how Facebook and Google feel about the so-called “data dividend,” Adweek can’t say; spokespeople for the companies did not respond to requests for comment.