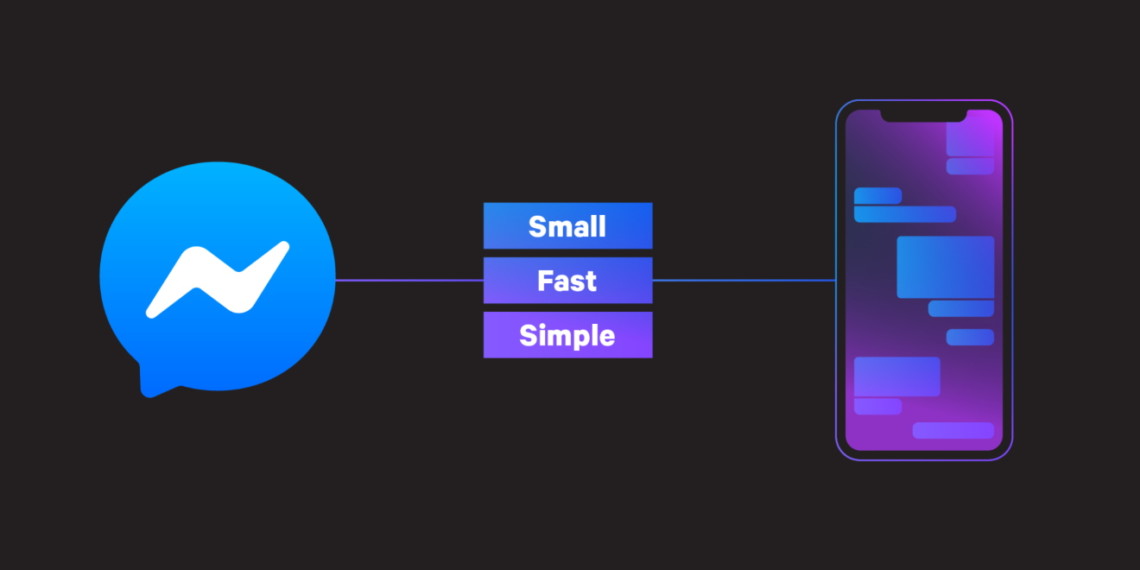 The core code of the app was slashed by 84%, from over 1.7 million lines to roughly 360,000 - Credit by Messenger From Facebook

Project LightSpeed, the faster, slimmer version of Messenger From Facebook first announced by the social network at F8 2019, is no longer a project, but a reality.

Messenger From Facebook vice president of engineering Raymond Endres said in a blog post Monday that the “faster, smaller and simpler Messenger” began rolling out for iOS Monday, with the process to continue over the next few weeks.

The new iOS application was rebuilt “from the ground up,” and Endres said it loads twice as quickly as the previous version of Messenger for iOS while taking up one-quarter of the space, according to Facebook’s internal tests and production data.

The revamped Messenger is also the next step in Facebook’s plans to enable private messaging and interoperability across all of its messaging apps—Facebook (Messenger), Instagram and WhatsApp—initially confirmed by CEO Mark Zuckerberg last January.

Endres wrote that the core code of the app was slashed by 84%, from over 1.7 million lines to roughly 360,000, adding, “Fewer lines of code makes the app lighter and more responsive, and a streamlined code base means engineers can innovate more quickly. As part of the rebuild, a few features will be temporarily unavailable, but we’re working to bring them back soon.”

On the topic of speed, he wrote, “A faster start time may not matter as much if you only open an app once or twice a day to play a game or watch a movie, but it makes a huge difference when you open an app many times a day to respond to messages from the people who matter most.”

He said the app’s smaller size means quicker starts, downloads and updates for all users, even those using older devices or accessing Messenger in areas with poor connectivity.

And on simplicity, Endres wrote that the contact list was reduced from 40 versions to one that works consistently across the app, adding, “This not only helps with the cognitive load for people, but it also means engineers don’t need to build new experiences from the ground up.”

When Facebook initially introduced Project LightSpeed last May, head of Messenger consumer products Asha Sharma said during her F8 keynote, “If we were to rebuild the social network today, we would do that around messaging.”