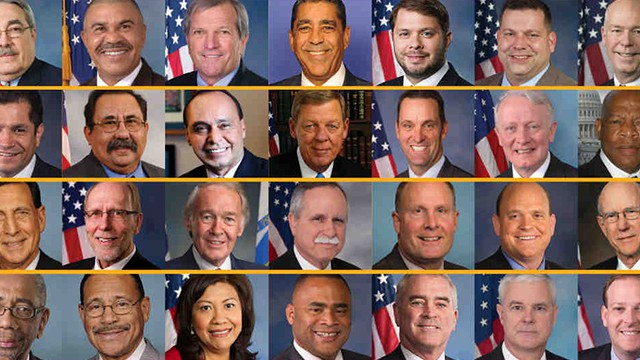 As it appeals to Congress to stop law enforcement from using facial recognition technology, the American Civil Liberties Union tested out Amazon’s tool Rekognition with images of the members of the 115th Congress themselves.

The result: It incorrectly matched 28 members of Congress with people in mugshots.

In a release, the ACLU said it built a database and a search tool with 25,000 publicly available arrest photos and then used the default match settings in Rekognition to search against public photos of every U.S. congressman and -woman.

The test follows the release of emails between Amazon and law enforcement that the ACLU obtained through a Freedom of Information request. The ACLU said the emails show Amazon has been pushing facial recognition to government agencies—and it is already in use in Oregon and Florida.

Members of the Congressional Black Caucus sent a letter to Amazon chief executive Jeff Bezos voicing concerns for the “profound negative unintended consequences” this surveillance could have for individuals of color, as well as undocumented immigrants and protesters.

In an emailed statement, an Amazon rep pointed to uses that benefit society, such as preventing human trafficking and finding missing children, as well as enhancing security via multifactor authentication and preventing package theft.

In addition, the rep said Amazon thinks the results of the ACLU test could be improved “by following best practices around setting the confidence thresholds. … When using facial recognition for law enforcement activities, we guide customers to set a threshold of at least 95 [percent] or higher.”

Further, the rep said in real-world scenarios, Amazon Rekognition is “almost exclusively” used to narrow the field, which is then reviewed by humans.

On its website, Amazon says users simply provide an image or video to the Rekognition API and it can identify the objects, people, text, scenes and activities within, as well as detect inappropriate content.

But the ACLU says its test demonstrates why Congress should call for a moratorium: People of color are disproportionately harmed by police practices and Rekognition could exacerbate it.

“A recent incident in San Francisco provides a disturbing illustration of that risk,” Jacob Snow, a technology and civil liberties attorney at the ACLU of Northern California, wrote in a blog post. “Police stopped a car, handcuffed an elderly black woman and forced her to kneel at gunpoint—all because an automatic license plate reader improperly identified her car as a stolen vehicle.”

In addition, the ACLU said face surveillance threatens First Amendment-protected rights like engaging in protest or practicing religion, and it could be used to target immigrants.

“If law enforcement is using Amazon Rekognition, it’s not hard to imagine a police officer getting a ‘match’ indicating that a person has a previous concealed-weapon arrest, biasing the officer before an encounter even begins,” Snow added. “Or an individual getting a knock on the door from law enforcement, and being questioned or having their home searched, based on a false identification.”

The ACLU did not respond to a request for comment.

Members of Congress falsely matched with arrest photos include: