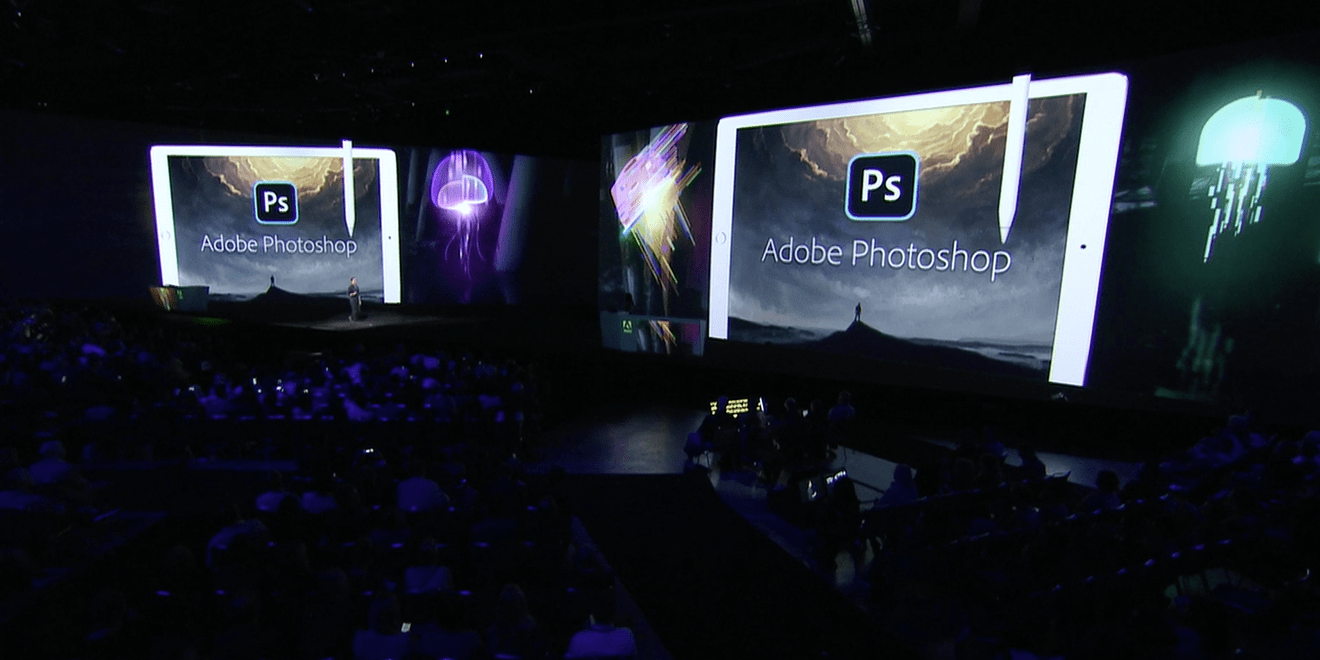 The past three years of updates to the iPad Pro have improved processing speeds and capacity enough to power programs like Photoshop. - Credit by Adobe

Adobe is partnering with Apple to finally bring the full version of Adobe Photoshop to the iPad.

“This is what we mean when we talk about liberating your creativity,” said Adobe chief product officer Scott Belsky.

The update, announced today at Adobe’s MAX conference in Los Angeles, will become available sometime in 2019 and will be similar to the existing version of the platform. According to Phil Schiller, svp of worldwide marketing at Apple, the past three years of updates to the iPad Pro have improved processing speeds and capacity enough to power programs like Photoshop. He said the Apple Pencil has also become a useful tool for designers.

“They’re going to appear both to people using all the creative tools today, but also an entirely new generation of creators who are looking for an entirely different workflow,” he said.

Adobe is also creating another program for the iPad called Project Gemini, which will be specifically for illustrators and artists. The platform, which will have a new category of brushes including oil paints and others, will also be available next year. Eric Snowden, senior director of design of Creative Cloud and Document Cloud at Adobe, said Project Gemini is “powerful enough for professionals, but easy enough for everyone to pick up and begin using.”

Kyle Webster—an illustrator and designer who sold his collection of more than 1,000 brushes to Adobe last year when he joined the company—showed off two of the new brushes, including one that simulates the look and texture of oil paint. On stage, he painted an ice cream cone, swirling pink to create the ice cream before blending in a magenta color. The two combined like they would in real life and blended colors to match the combination. He also showed off the new watercolor brush, which simulated how watercolor paints look when they hit a piece of paper or canvas.