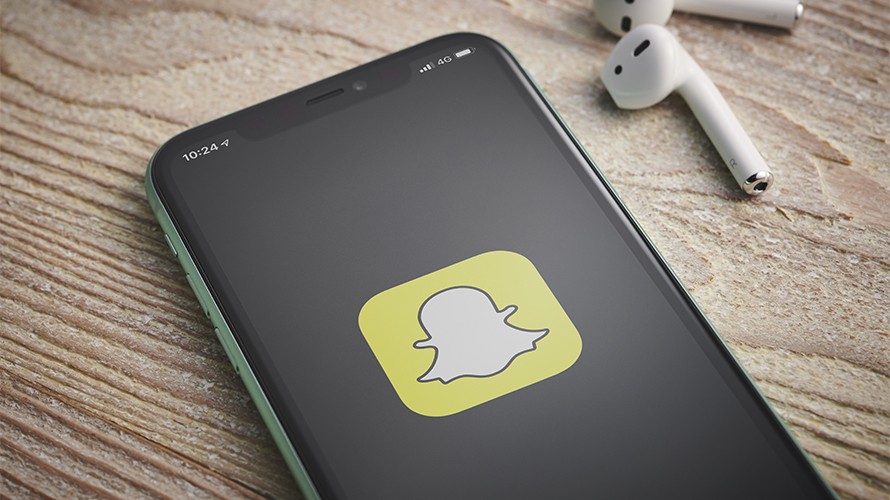 Snapchat introduces new ad offerings at a time when people are under quarantine. Phil Barker — Future Publishing via Getty Images

Snapchat announced today a new way for brands to advertise on the platform.

Under the new offering, dubbed First Commercial, brands can be the first commercial any user sees within the first Snap show they watch that day. AT&T and others have already tested out this feature, aimed at reaching a mass audience on the platform.

The offering will be available across the platform, including shows like Snap Originals, and on news shows Good Luck America and docuseries Nikita Unfiltered, as well as other publishers’ series such as NBC’s Stay Tuned and Complex’s Hot Ones.

First Commercial is perhaps the most ambitious in a series of video ad options the company has rolled out in the past year. It’s an area Snap will continue to invest in, including updating its vertical video conversion tool within Snap Publisher, its self-serve advertising platform.

Snap will likely continue innovating its ad products under the leadership of Peter Naylor, who left Hulu as its svp and head of advertising sales to join the platform as vp of the Americas, responsible for growing its ad business in the region.

The announcement comes less than a week after Snap announced strong Q1 earnings, with revenue up 44% from last year to $462 million, and daily active users increasing by 20% to 229 million during the same time period, leading to its first-ever quarter with positive operating cash flow.

The company attributes much of its recent success to its video ads business. Last year, Snapchat introduced Snap Select, an offering through which brands could buy 6-second non-skip ads in a themed bundle of Snap’s premium shows.

While those bundles were originally limited to categories such as “lifestyle” and (even broader) “lifestyle and sports,” the platform will now let buyers choose between five bundles: beauty, entertainment, lifestyle, news and sports. In November, it added extended play commercials for 3-minute ads skippable after 6 seconds—its answer to YouTube’s TrueView.

First Commercial will be initially offered through direct sales, but will eventually be sold programmatically, said David Roter, Snap’s vp of global agency partnerships. Snap would not confirm the price point of this ad product or other brands beyond AT&T that participated in initial tests, Adweek saw brands like Pacifico, Vicks, Geico, Swiffer and HBO Max, AT&T’s forthcoming streaming service, running regular commercials this weekend.

“If you go back to a year ago when we started rolling out a lot of these products, mainly Snap Select, we started to see a lot of attention coming towards our more premium video products,” Roter said. “Over the past several months, that led to the idea that there’s just a good amount of marketplace demand for a premium takeover, giving brands an opportunity to reach the audience that we deliver on a daily basis.”

According to Snap’s latest earnings, total daily time spent watching Snapchat shows “more than doubled compared compared to Q1 2019.” The company reports 60 Snapchat shows with 10 million monthly viewers. And the company said that ad dollars committed from upfronts doubled in 2020 as compared with 2019.

“Across the industry, we are seeing companies trying to prove out the monetization value of short-form video content, with Quibi being the obvious example,” said Melanie Nelson from Media Kitchen. “With ad budgets down, now is as good of time as any to test new things.” Quibi, the Jeffrey Katzenberg and Meg Whitman-backed short-form streaming venture, arrived earlier this month to much fanfare.

“Snapchat reported that time spent watching Snapchat Shows is higher than ever right now, so we’ve been recommending [First] Commercials to our clients to capitalize on this uptick,” said Melanie Rhoads at Nexstar Digital agency HYFN. “Since people consume video content on social differently than traditional TV commercials, it’s vital that brands ensure their message comes through within the first 3 seconds. [First] Commercials aligns perfectly with this, and the new ability to buy the first commercial is something that we and our clients have been asking for.”

While Snap saw strong first quarter earnings, analysts anticipate that the company will see its advertising business suffer in the second quarter with the entire ad sector taking a hit amid the Covid-19 pandemic. “If advertisers did cut budgets for Snapchat advertising, they may not have done so in large numbers before the end of the quarter,” said eMarketer principal analyst Debra Aho Williamson. “I believe the second quarter will be a much more important quarter to watch.”

Snap declined to provide revenue guidance for its Q2 revenue during their Q1 earnings call due to the current economic turmoil.

“We’re certainly hearing from many advertisers that the outbreak has dramatically shifted the way they are thinking about reaching audiences,” Roter said. “Our sales teams have been really focused on helping our partners craft the right messages, creating the right experiences during these difficult times, partnering with brands with how to speak to the Snapchat generation.”

While the world continues to adjust to life under quarantine, Snapchat knows more people are looking for shows to watch. With advertising budgets down, it only seems natural to offer a big-ticket ad experience for those brands that are still trying to reach people in their homes. While travel might not be coming back anytime soon, stay-at-home brands are stepping up to the plate.