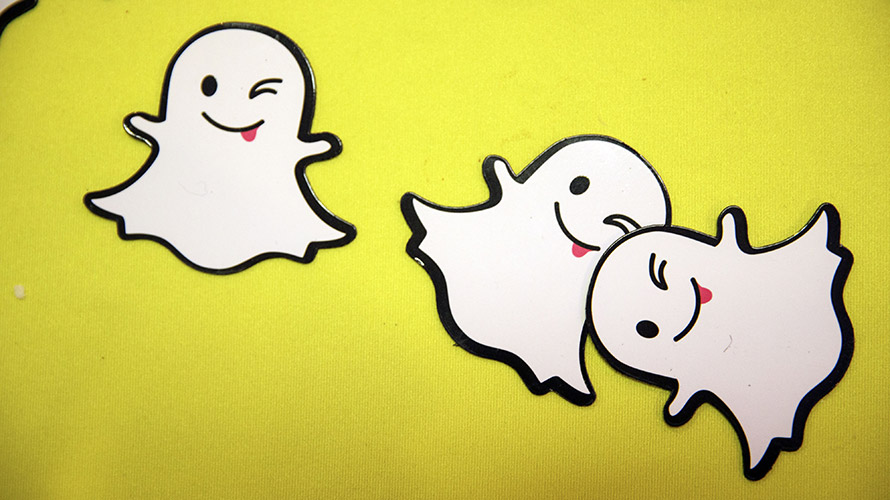 Snapchat may be trying to revamp its app to entice new users, but advertisers aren’t buying it.

On Tuesday, Snapchat said it planned to add a button called Stories Everywhere that will allow users to share Stories—its strings of user-generated content—to Facebook, Twitter, email and text messages from within the app. The feature will be included in Snapchat’s upcoming redesign and marks a significant move for the platform—for the first time, users who have not downloaded the app will be able to access Snapchat content on other social platforms.

To be clear, only three types of content will be shareable within the Discover section of the app: Official Stories created by celebrities and personalities, unpartnered Our Stories (the Stories Snapchat creates around events and holidays) and Search Stories. Our Stories and Search Stories will be viewable for 30 days outside of Snapchat, and Official Stories will only be viewable for 24 hours like the rest of Snapchat’s content.

According to a spokesperson, the feature is squarely aimed at consumers—not advertisers—and there will be no impact on ad units. “With the launch of this new Story-sharing feature, we’re excited that now Snapchatters will be able to share more of those Stories with friends and family outside of Snapchat too,” Snap said in a statement.

Snap hopes the feature will encourage more users to download and use the app to help with struggling growth. During Snap’s third-quarter earnings, the company claimed it had 178 million users, an increase of 4.5 million from the second quarter.

The move also opens up a new distribution method for Snap. In addition to reporting how many views content gets within the app, Snapchat will be able to report eyeballs from outside of Snapchat, which, in theory, could eventually be a selling point for advertisers interested in reach buying ads against Stories.

According to multiple agencies, however, content sharing will not open up new budgets for Snapchat.

“This feels like a Hail Mary effort on behalf of the platform to get back to a point of relevance, which, admittedly, is a very good one because it leverages a strong existing behavior,” said Rachel Mercer, svp and head of digital strategy and innovation at Deutsch. “The reality is that the sophisticated advertising platform, from a targeting and marketing perspective, leans heavily towards Facebook, Instagram and depending on the context or needs, Pinterest and Google. Generally, Snapchat is most effective for awareness plays, and with diminished user reporting, I don’t know if it’s still applicable.”

Mercer added that the move will boost engagement and user metrics to increase ad unit prices and selling but said that would be a “short-term gain.”

“Plus,” he said, “you can only share certain kinds of stories, which means people will be limited to Kardashian pregnancy rumors, sports headlines and random crowdsourced stories around certain events.”

According to Noah Mallin, managing partner and head of experience of content and sponsorship at Wavemaker, the move, “wouldn’t impact the dollars that we spend on Snap ads as they’re unlikely to migrate when a story is shared.”

“Down the road, if this actually generates new users, it might have an impact,” he said.

Instagram, of course, is partly to blame. As the Facebook-owned app has built out its version of Stories, the app has “welcomed brands into the fold while building consumer adoption,” Mallin said.

Angela Yang, director of connections at T3, said the new sharing options won’t affect budgets. “The move to open up the Snapchat platform and content sharing doesn’t necessarily mean it will draw the audience our clients are seeking to reach within the platform,” she said.

Containing content within its own platform is the reason Snapchat has been successful and different to date, she added.

That said, Yang sees an opportunity for Snapchat to finally start proving its claim that it’s a “camera company” with new content-production opportunities.

“For example, I created this amazing video for Snapchat,” she said. “How much more mileage can I get out of it? It gives brands the opportunity to take pieces of content and get more eyes on it in other platforms. Snapchat’s got to think of new, innovative ways to capture the world around us for this to work.”

One way it can work: influencers who already crank out tons of social content for brands. Mallin sees an opportunity to increase spend with influencer programs that include Snapchat content and can be widely shared across social media, even though Snap has not been quick to embrace influencers or organic content from brands.

“If an influencer’s story could extend its reach via cross-posting, that adds to the value in that you are theoretically expanding your audience reach and effectively broadening opportunities for engagement within the purchase journey,” he said.

In terms of the upcoming redesign that will separate friends’ content from the slickly produced content from publishers and media companies, Mallin said he expects Snapchat to mix the two types a bit more to help users discover content more easily.

“Having said that, Snap has resisted a feed layout like Instagram, Facebook and Twitter, so it will be interesting to see if they find a middle ground between toggling between areas of the app and a centralized discovery feed,” he said.