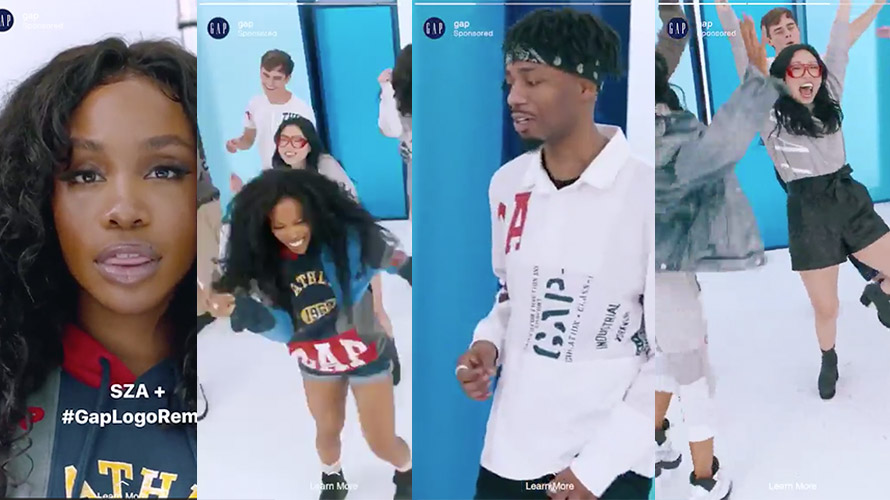 Interactive, swipeable, carousel ads are coming to Instagram Stories, giving brands the opportunity to include three photos or videos in their ad units instead of just one.

The new ad offering is rolling out with a “limited set” of advertisers including Gap, Coca-Cola México, Renault France and Paramount Pictures, Instagram said in a blog post Thursday.

Instagram Stories will “enhance the storytelling capabilities for brands while maintaining the ease of use and ‘shopability’ of the content,” said Jeff Semones, MediaCom’s head of social. “As Instagram continues to gain popularity with brands, the upside revenue potential is huge.”

Semones added he was not surprised by the move due to the organic success of Stories, and expects Instagram to eventually increase the number of photos and videos that can be included in the ad units.

The Facebook-owned photo-and video-sharing network highlighted the example below of Gap using features such as pinning and drawing tools as part of its Logo Remix campaign.

Facebook introduced carousel ads (initially called product ads) in February 2015, and they debuted on Instagram two months later. Information on pricing was not available due to the limited number of advertisers at launch.

Periscope vice president of media Jen Brady applauded the introduction of the new ad format just in time for Super Bowl LII campaigns, saying that brands will advertise on Instagram during the big game in anticipation of people sharing Stories from their parties.

She believes carousel ads for Instagram Stories will be “great for lifestyle brands,” and retailers have expressed interest, adding that it “makes total sense.” Instead of developing one 30-second spot, brands can develop 15-second snippets and include three of them,” she said.