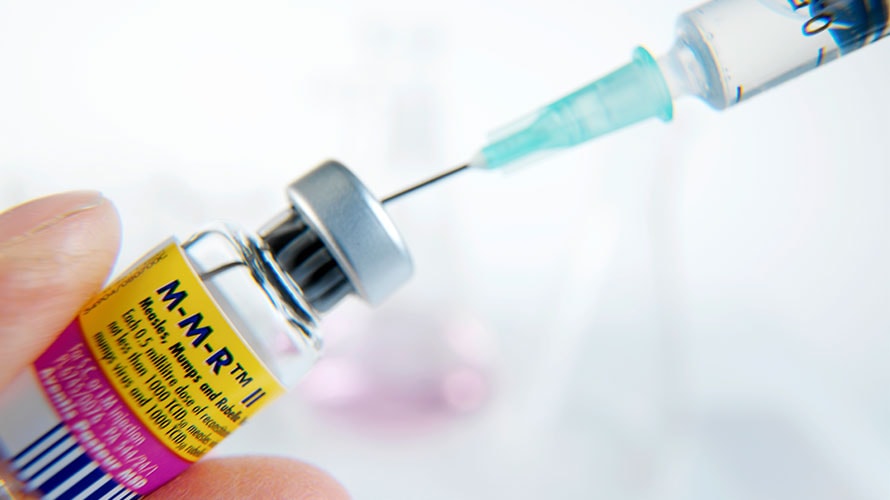 Tech companies, facing intense scrutiny for the spread of misinformation about the safety of vaccinations on their platforms, on Wednesday received a letter from a leading medical professional organization imploring them to do more to address the issue.

The letter, from the professional group the American Medical Association (AMA), begged executives like Amazon CEO Jeff Bezos, Facebook CEO Mark Zuckerberg and Google CEO Sundar Pichai to be transparent about how they will “ensure that users have access to accurate, timely, scientifically sound information” about vaccine safety.

“As physicians, we are concerned that the proliferation of this type of health-related misinformation will undermine sound science, further decrease vaccinations, and persuade people to make medical decisions that could spark the spread of easily preventable diseases,” the letter from AMA president and CEO James Madara reads.

The letter comes amid ongoing legislative and public pressure on tech companies to rid their platforms of misinformation about vaccination safety. Health officials agree that vaccines are safe and necessary for public health of communities, but some parents are opting out of vaccinating their children, putting their children and their communities at risk. The World Health Organization recently declared that “vaccination hesitancy,” driven by false information about the safety of vaccines, “threatens to reverse progress made in tackling vaccine-preventable diseases.”

As of press time, the Centers for Disease Control has confirmed 228 cases of the measles in 12 states, and six confirmed outbreaks of the disease. Measles is a highly contagious disease that is preventable through vaccination, and had been declared eliminated by the United States in 2000.

“As evident from the measles outbreaks currently impacting communities in several states, when people decide not to be immunized as a matter of personal preference or misinformation, they put themselves and others at risk of disease,” Madara wrote. “That is why it is extremely important that people who are searching for information about vaccination have access to accurate, evidence-based information grounded in science.”

Some platforms have already taken steps to try to curb the issue. YouTube recently moved to demonetize anti-vaccination videos over brand safety concerns, BuzzFeed news reported in February. Last week, Facebook rolled out a series of updates intended to curb the amount of anti-vaccination information that surfaced in search results and was spread via targeted advertisements on both Facebook proper and Instagram.

On Tuesday, NBC reported that Amazon had removed books and films on its marketplace and Amazon Prime streaming service that contain false information about vaccines. Pinterest has taken even more aggressive steps to try to address false information about vaccines on the platform, banning boards from anti-vaccination groups and blacklisting a number of search terms related to vaccination conspiracy theories.

On Facebook, searching “vaccine” and “vaccines dangerous” in the search bar and selecting groups and pages tab both led to a number of closed groups promoting the idea that vaccines are unsafe. The first page that surfaced in a search for “vaccine” directed a Facebook user to NVIC.

On Instagram, another Adweek reporter found that even typing in the word “vaccine” in the search bar resulted in the immediate surfacing of accounts that publish anti-vaccination misinformation, including the Instagram account belonging to NVIC.