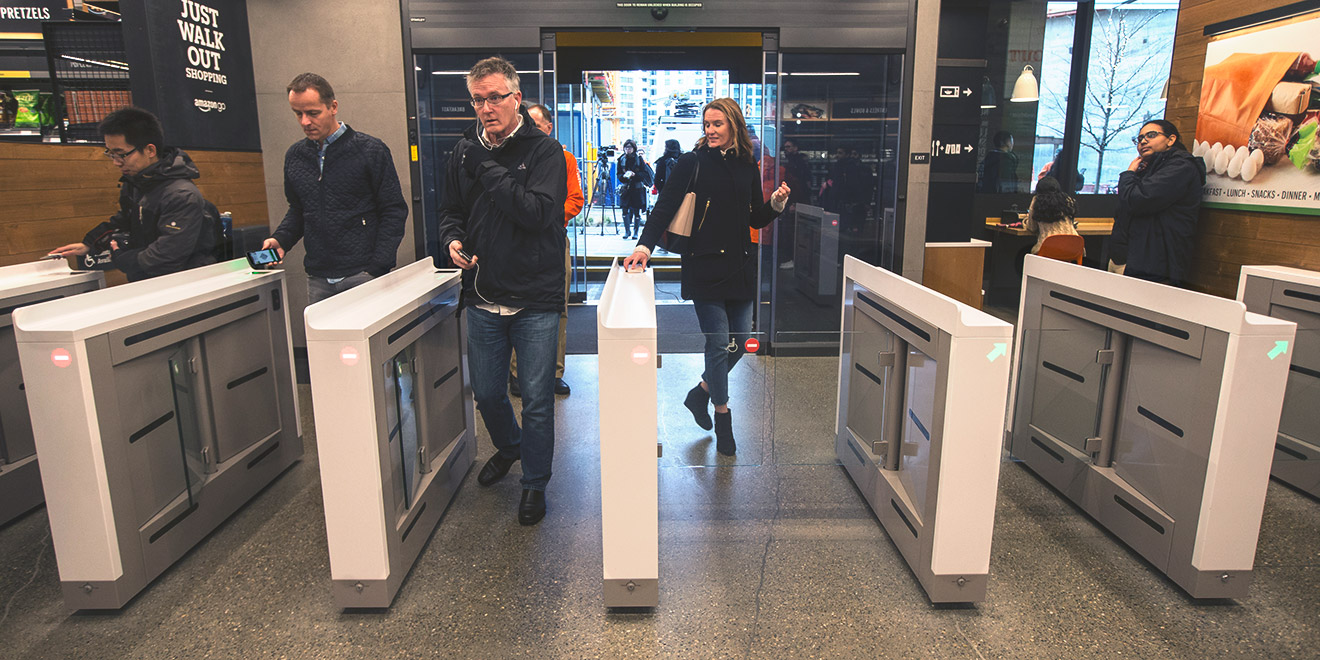 Three months into Amazon’s latest experiment, the cashier-less Amazon Go store, the company is working on learning who its customers are and adjusting to their feedback.

“It was super important to us to make [Amazon Go] feel very natural and not have the customer learn new ways to do things,” Puerini said.

Developing this pattern to shop included building algorithms that could handle solving the problem of “who took what,” explained Kumar. It also meant investing in computer vision and these algorithms to avoid the operational cost of a technology like radio-frequency identification (RFID) tags.

Puerini touched on the Amazon Go customer experience and how Amazon learns who its customers are and their needs. The Amazon Go app, where customers can leave feedback about the store, provides the company with a bevy of information about its customers. The company’s using that data and information to figure out what what these customers like the most and what they might prefer changed in the store.

Some surprising findings? First or second time customers tend to ask if it’s really “OK to just leave” after finishing their shopping (and that’s why you’ll find a sign above the door that says it’s OK). The chicken banh mi sandwich is the top seller, and Amazon’s meal kits are also “popular.” Fresh fruit in the mornings are another key seller.

Puerini also shared what she’s spending average day on, such as learning traditional retail metrics and practices, like sales, frequency of how often customers shop and how to train retail associates for the store.

As a bottom line, Puerini told the audience what to think about when it comes to building out a store like this.

While the two executives shied away from stating when and if Amazon will open any other Amazon Go stores in the future or if it’ll introduce the model to Whole Foods, they did state that the customer will end up deciding how big the Amazon Go model will get.

“It’s spectacular to be able to invent on behalf of customers,” Kumar said. “If you do it often enough and if you do it well, that’s what we draw our energy from and how big it gets or how popular it gets, customers get to decide that. So whether it becomes ubiquitous or not, customers are the one who will eventually decide.”

When asked, Puerini declined to answer how many customers are returning ones, as well as how many people the store employs. Instead, Puerini pointed to shifting the traditional cashier role associate to stocking the store or cooking food.

The executives also stated there are no current plans to require customers to have an Amazon Prime account to shop at the store.