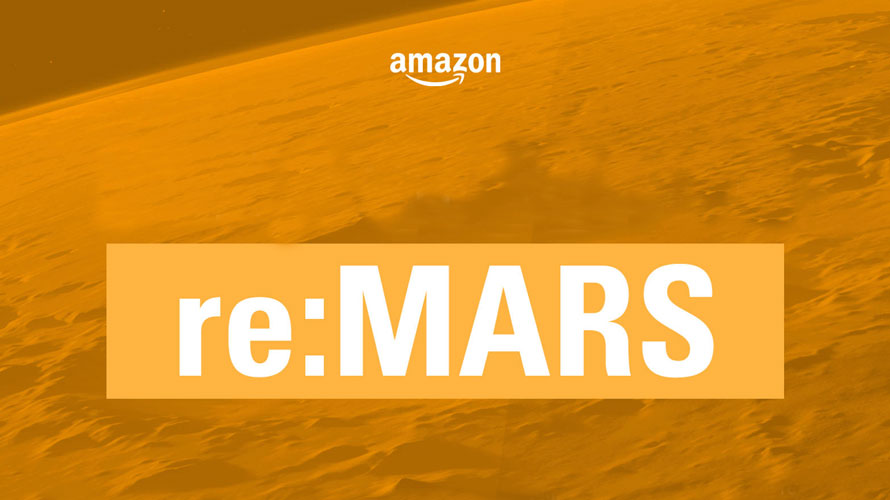 LinkedIn users must explain why they want to attend re:MARS in 500 characters or fewer. - Credit by Amazon

Amazon may not be able to send people to Mars—yet—but the ecommerce giant will send two LinkedIn users, each with a guest, to its Amazon re:MARS conference in Las Vegas.

The event will be held at the Aria Resort & Casino June 4 through 7, with a focus on artificial intelligence, machine learning, automation, robotics and space.

Amazon said that it chose LinkedIn for this contest because it saw the professional network as the best way to reach AI professionals and people who are passionate about the sector.

The company added that re:MARS was inspired by MARS, an annual invite-only conference hosted by Bezos covering the same topics.

Mars and other non-Earth destinations are clearly on Bezos’ mind, as privately funded aerospace manufacturer Blue Origin, which he founded in 2000, will display the crew capsule from its New Shepard spacecraft at re:MARS.

Blue Origin’s mission is to develop technology that gives private citizens access to space, with the eventual goal of having them live and work there. It has designed, built and conducted test flights with multiple versions of New Shepard at its facility in Texas’ Culberson County.

LinkedIn users must explain why they want to attend re:MARS in the comments section of the LinkedIn post, in 500 characters or fewer, with the #remarscontest hashtag included. Entries will be accepted through May 2, and further details are available here.

Two winners will be selected “based on creativity, quality and demonstrated passion for the conference themes,” and they will receive two tickets to the event; airfare and hotel; a private helicopter chauffeur around Las Vegas with Miller and a special guest; a high-speed race car ride; and VIP access to the official re:MARS afterparty.

Even though Miller has only been with Amazon since March, she can probably share some well-informed insights with the winner: Her last job was lead product manager at IBM Watson.