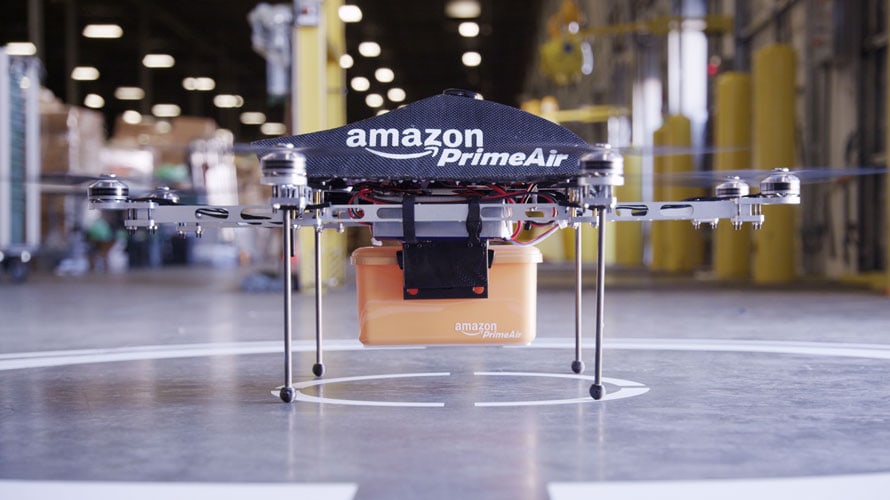 Unless something changes, U.S. customers are unlikely to see Prime Air drones take to the skies en masse. - Credit by Amazon

At its AI event in Las Vegas last week, Amazon executive Jeff Wilke debuted Prime Air’s newest electric drones to much fanfare and said he expected to be “delivering packages via drone to customers within months.”

And while that may be true for some consumers, Amazon does not yet have the regulatory approval it needs to begin widespread drone deliveries in the U.S. Instead, the Federal Aviation Administration (FAA), the government agency responsible for air safety, told Adweek it issued a special airworthiness certificate to Prime Air, which allows it “to operate its unmanned aircraft for research and development and crew training in authorized flight areas.” What’s more, an FAA rep said the certificate is only valid for a year, although it is eligible for renewal.

Amazon did not respond to a request for comment.

“We will deploy when and where we have the regulatory support needed to safely realize our vision,” Amazon says on the Prime Air website. “We’re excited about this technology and one day using it to deliver packages to customers around the world in 30 minutes or less.”

So while Amazon may be delivering orders via drone in authorized flight areas for research and development and crew training within months, it’s not likely U.S. customers will see Prime Air delivery drones take to the skies en masse like the Wicked Witch of the West’s flying monkeys within the next year—unless, of course, something changes.

There is one drone delivery company with FAA support for commercial package deliveries: Wing Aviation, which is part of Google’s parent, Alphabet.

But even Wing—which, like Prime Air, aspires to “build a small, lightweight aircraft and navigational system that can safely deliver small packages on demand to specific destinations in only a few minutes”—is taking things slow.

Alphabet did not respond to a request for comment. However, according to a Wing Aviation Medium post, air carrier certification means it can begin “a commercial service delivering goods from local businesses to homes in the United States.”

The FAA announcement said Wing will focus on Blacksburg, Va. And, in its April 2019 post, Wing said it plans to reach out to businesses and community members for the next several months to demonstrate its technology and solicit feedback with the goal of starting a delivery trial later this year.

“Goods like medicine or food can now be delivered faster by drone, giving families, shift workers and other busy consumers more time to do the things that matter,” Wing said. “Air delivery also provides greater autonomy to those who need assistance with mobility.”

Wing also noted the FAA certification required data that proved delivery by its drones carries a lower risk to pedestrians than the same trip made by car. (Wing’s drones, the company added, have flown over 70,000 test flights and made more than 3,000 deliveries in Australia.)

“This is an important step forward for the safe testing and integration of drones into our economy,” said U.S. Secretary of Transportation Elaine Chao in a statement. “Safety continues to be our No. 1 priority as this technology continues to develop and realize its full potential.”