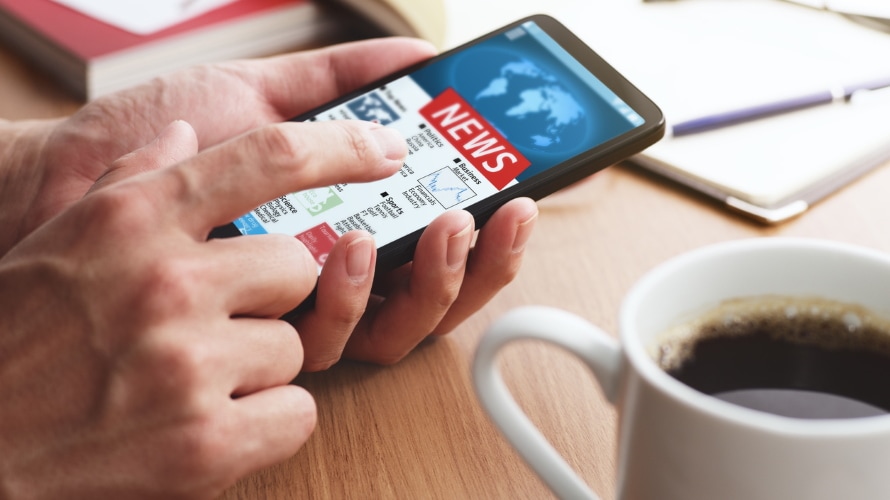 Pew said 55% of respondents get news from social media often or sometimes, up from 47% in 2018 tadamichi/iStock

Nearly all Americans acknowledge that social networks have at least some control over the mix of news that people see, and most of them are not happy with this development, according to a recent survey by Pew Research Center.

Pew surveyed 5,107 U.S. adults between July 8 and 21, and it found that 88% recognized that social media companies have at least some control over the mix of news that people see, and 62% believe they have too much control, with 55% saying the role social networks play in delivering news results in a worse mix of news.

Just 15% of respondents said social networks’ control over the news mix results in an improvement, while 28% don’t believe it makes a real difference. 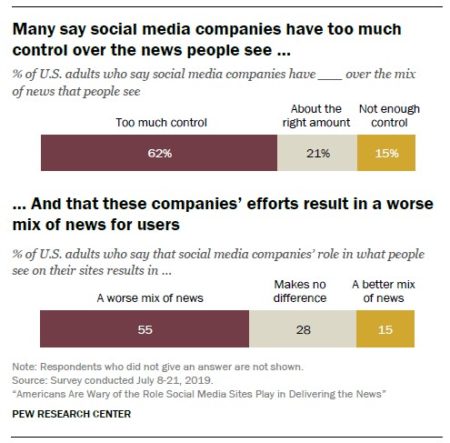 From a political angle, Pew found that 75% of Republican and Republican-leaning respondents believe social media companies have too much control over the news mix, versus 53% of Democrats and Democratic-leaners. More Republicans also believe these efforts resulted in a worse news mix, at 66%, compared with 49% of Democrats.

Among those who believe certain news organizations are favored by social platforms, 88% believe this applies to those that produce attention-grabbing articles, while 84% cited those with high follower counts on social media and 79% believe political stance is the determination.

When asked about potential issues regarding news on social networking sites, 53% cited one-sided news, while 51% did so with inaccurate news. Others included censorship of the news (35%), uncivil discussions on social media (35%), harassment of journalists (27%) and banning of news organizations and personalities (24%).

Remaining on the topic of political leanings, 48% of respondents believe the posts they see on social networks are liberal or very liberal, while 36% replied with moderate and just 14% saw them as conservative or very conservative.

Not surprisingly, Republicans and Republican-leaners were more likely to say the news they see is slanted toward liberals (64%, compared with 37% for Democrats and Democratic-leaners).

Pew wrote in its report, “The largest social media platforms control the content on their feeds using computer algorithms that rank and prioritize posts and other content tailored to the interests of each user. These sites allow users to customize these settings, although previous research has found that many Americans feel uncertain about why certain posts appear in their News Feed on Facebook, specifically. Social media companies have also been public about their efforts to fight both false information and fake accounts on their sites.”