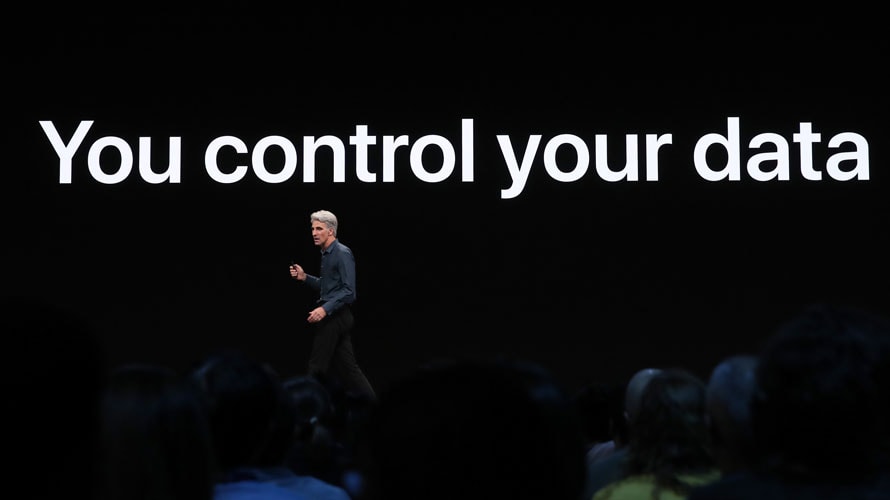 Apple's rollout of ITP has been taking place since 2017 and caused publishers difficulty with monetizing Safari traffic. Getty Images

At its annual Worldwide Developer Conference today, Apple announced a number of new privacy features to give users an alternative to data-driven advertising companies like Facebook, Google and hundreds of ad-tech providers.

The updates—which will be in iOS13 this fall—will give people another way to log in to apps and websites through an Apple ID rather than through a Facebook or Google account. The feature, aptly called “Sign In With Apple,” could prevent users’ data from being collected for advertising while also acting as an added layer of protection from data breaches or misuse by third parties.

“At Apple we believe privacy is a fundamental human right and we engineer it into everything we do,” Craig Federighi, Apple’s svp software engineering, told attendees.

Will Crocker, senior director of customer experience at Braze, a customer engagement company, said the changes give consumers more granular control over their data. That could lead brands to care less about third-party data—which could become “less interesting” as audience targeting becomes harder to control.

According to Crocker, some brands that have exported their data to retarget audiences through Facebook might have a harder time with targeting via Apple IDs. And while Gmail continues to be the de-facto email for millions of users, Apple putting more focus on its own email services could make it the new middleman between consumers and their inbox.

That might be a good thing—if you’re someone who wants to put more trust into having an additional spam filter. However, the unique balancing data policies and practices of yet another company could also create a “pretty thin tight rope for brands to walk on,” said Crocker.

“Nobody is going to have ABC123@Apple.com linked to their Facebook profile,” he added.

Jay Graves, chief technology officer for Possible Mobile, also pointed out how it now gives Apple another way to read everyone’s email—all in the name of privacy, of course.

“Since users can turn on this email address if they don’t want to be contacted by a specific service, this also means that Apple is now hosting that randomly generated email account, and must keep hosting that account into the future to maintain the users’ ability to get emails from the service,” he said.

Another feature will let Apple users generate a randomized email address when signing up for apps. Apple also plans to add additional restrictions on how third parties can track a user’s location on iPhone and iPad devices. For example, a person can provide one-time access. Or, if they want to allow an app to have longer access, Apple says it will provide them with a report that details exactly when the app collected their data and how it was used.

“Sharing your location with a third-party app can really enable some useful experiences, but we don’t expect to have that privilege used to track us,” Federighi said. “So, this year we’re building in even more protections. Now, for the first time you can share your location just once and it will require it to ask you again next time it wants to.”

According to Federighi, Apple is also closing the door on some other methods developers have used to get around existing location-tracking protections. While some apps have used Bluetooth and Wi-Fi canning, Apple plans to start “shutting the door on that abuse as well.”

“These ideas, of course, make a lot of sense given Apple’s long-held position and its relative independence from ad dollars—not to mention growing data regulations like GDPR,” Herrick said.

Apple also plans to add additional privacy features to its suite of “smart home” products. The company announced plans to integrate its Apple HomeKit with a number of security camera manufacturers that would store and analyze data at the router level. This way, data can be protected with a firewall and quarantined even if one device is compromised.

Don't miss Adweek NexTech, live this week, to explore privacy, data, attribution and the benchmarks that matter. Register for free and tune in.
@martyswant martin.swant@adweek.com Marty Swant is a former technology staff writer for Adweek.
@ronan_shields ronan.shields@adweek.com Ronan Shields is a programmatic reporter at Adweek, focusing on ad-tech.