Apple Takes a Dig at Competitors With Huge CES Ad 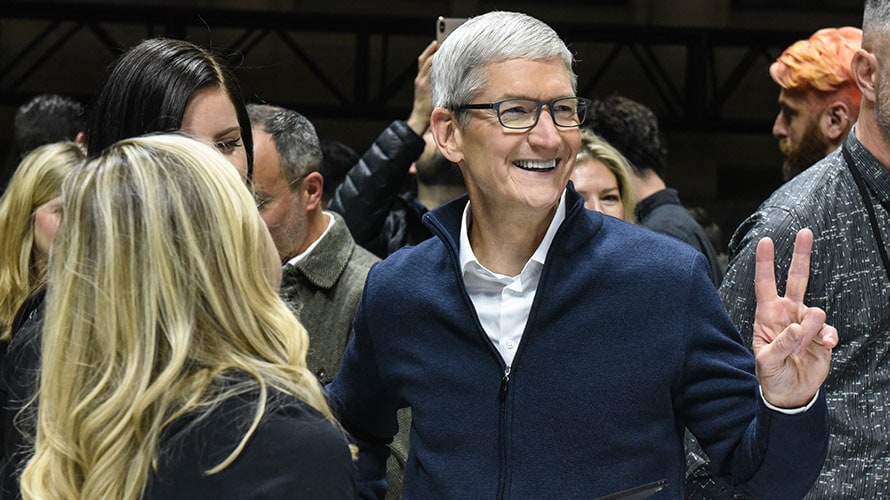 Apple has never shown off its hardware at the annual Consumer Electronics Show, but this year its presence is being felt nonetheless. Attendees of the Las Vegas tech conference are being treated to a massive black and white billboard from the device-maker, complete with a message touting the company’s commitment to privacy.

The text of the ad—“What happens on your iPhone, stays on your iPhone”—directs readers to Apple’s privacy policy, and it’ll loom over one of the largest tech conferences this year as the industry continues to face challenges and scrutiny from consumers and legislators regarding data-mining practices, privacy policies and security protocols.

The ad is printed on the side of the Marriott SpringHill Suites, which overlooks the Las Vegas Convention Center, which this week houses the companies, startups and individuals that descend on Las Vegas every January to show off their new products. The ad went up last week and is a collaboration between Apple and Media Arts Lab.

Apple never shows up at CES, so I can’t say I saw this coming. pic.twitter.com/8jjiBSEu7z

Apple has never had an official presence at CES, opting instead to host its own Apple-exclusive Keynote. The ad, then, looks like a direct reference to Apple’s competitors, like Google and Amazon, who will have larger presences at the gargantuan tech convention—and which leverage users’ personal data for advertising purposes.

Apple has long had relatively robust privacy policies, but the company’s CEO, Tim Cook, has in recent years become a more vocal proponent of privacy and security. The tech giant has occasionally gone to court to object to being compelled by authorities to build tech that would break into encrypted Apple devices.

At a conference of European privacy commissioners in October, Cook was deeply critical of other tech companies’ advertising-based business models, slamming the collection of data and ongoing “surveillance” that, he said, “serve[s] only to enrich the companies that collect” personal data.

“Our own information, from the everyday to the deeply personal, is being weaponized against us with military efficiency,” Cook said at the time.

The ad placement comes less than a week after Apple cut its revenue expectations for the first time in 16 years, telling shareholders that it sold fewer iPhones than expected in China. The letter was a signal that China’s slowing economy could spell larger economic troubles for the tech industry and beyond, problems that could be exacerbated by ongoing trade tensions between the U.S. and China.

It’s unclear how long the Apple billboard ad will run, or if similar ads will run elsewhere. A spokesperson for Apple didn’t immediately respond to a request for more information about the ad, or whether it was the beginning of any larger campaign.