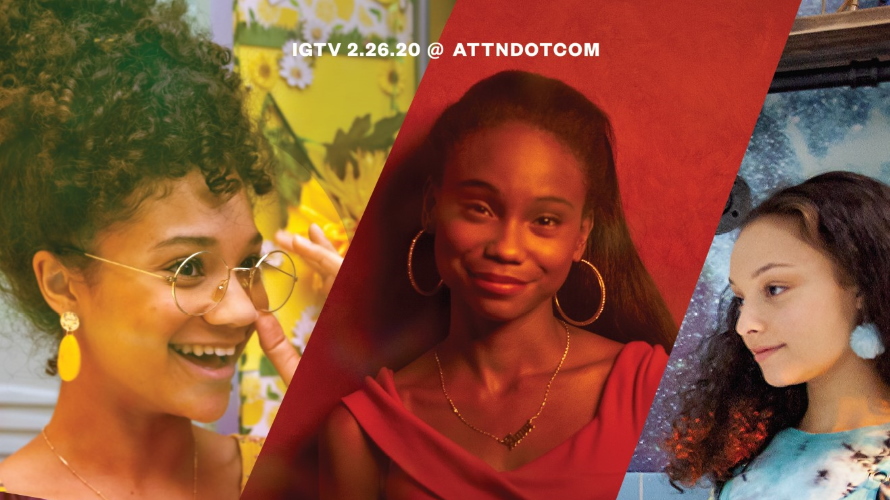 ATTN: teamed up with Lena Waithe, the Dove Self-Esteem Project and BBH Entertainment on Girls Room, a five-episode scripted series that can be viewed exclusively on Instagram’s IGTV long-form video platform.

Girls Room is produced by Dove, Unilever Entertainment and issues-driven media company ATTN:, in partnership with Hillman Grad, Waithe’s production company, and the series is directed by Tiffany Johnson.

The series examines “the pain and power of female adolescence” as experienced by five girls growing up in today’s social media world, and the episodes were designed to reach teen girls the way they communicate today, peer-to-peer and via their smartphones.

Girls Room refers to the bathroom, which ATTN: described as, “an everyday space, a space where we experiment with our appearance and shape our sense of self, but also a place of vulnerability, where we come face to face with the mirror, the weigh scales and our insecurities.”

The series follows each girl from their school bathroom back to their home bathroom as they deal with the pressures of social media, teasing, bullying and unhappiness with their bodies.

We learn all about the pressures of social media in this episode of Girls Room. @Dove wants to help young people overcome body image issues and fulfill their potential by building positive body confidence and self-esteem. #DoveSelfEsteemProject

ATTN: said the content is based on research on body image by the Dove Self-Esteem Project, and it was co-created with academic experts from the Centre of Appearance Research at the University of the West of England.

Body image expert Phillippa Diedrichs, a professor at the Centre of Appearance Research, said in a release, “Appearance ideals, pressures and stereotypes are widespread on social media. Studies show that the more time adolescent girls spend on social media, the more likely they are to be dissatisfied with their bodies, especially when it comes to posting selfies, seeking validation through comments and likes, and comparing themselves to other people’s highlight reels. We need to disrupt the social media landscape with content that encourages girls to accept and respect their bodies and showcases a diverse and inclusive range of appearances. Girls Room addresses key influences on girls’ body confidence that have been identified in scientific research in an engaging and relevant way.”

ATTN: said Girls Room is one of the first full-scale scripted productions to be shot vertical-only, and chief operating officer Taryn Crouthers added, “Girls Room is the kind of unique storytelling that speaks to a generation in a way that’s culturally relevant and authentic, while also being substantively important. We’re so proud to have teamed with Lena and Dove to create something that will inspire and empower girls to be confident in themselves.”

Emmy Award-winning writer, producer and actor Waithe said in the release, “Growing up can be such a discordant experience—you can spend one moment feeling like you can conquer the world and the next full of self-doubt throughout this journey to define who you are every day. Girls are facing very real issues that influence how they see themselves in the world, but what I hope comes through in Girls Room is that we have the power to lift each up and encourage one another to feel freedom in being ourselves.”

The Dove Self-Esteem Project has been providing women and girls with the tools to develop a positive relationship with their bodies and the way they look for over 15 years, and its global mission is to help 250 million young people build self-esteem from by 2030.

Dove global vice president Sophie Galvani said in the release, “As well as educating girls through our existing school programs, we are now driving even greater impact by producing five short films that both entertain and help girls in a relatable way—not only in the format and delivery, but also in the setting and scenarios. By setting the series in the bathroom, otherwise known as the ‘Girls Room,’ we showcase a key space in female development where young girls chat, interact with their friends, see themselves in the mirror and weigh themselves. It is where our body confidence can be made or broken.”

William Swann, head of BBH Entertainment, the development arm of global agency Bartle Bogle Hegarty (BBH), added, “The origin of this idea for Dove is something we are incredibly proud of and have enjoyed executive producing alongside ATTN:. BBH Entertainment strives to create meaningful concepts for our clients around the world with programming that resonates culturally and delight audiences.” 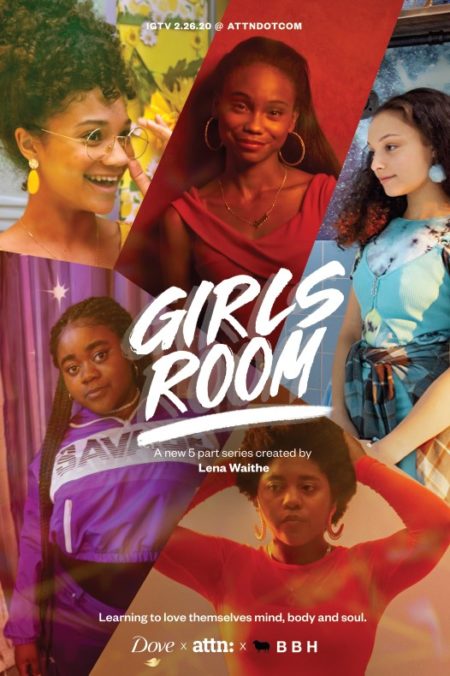