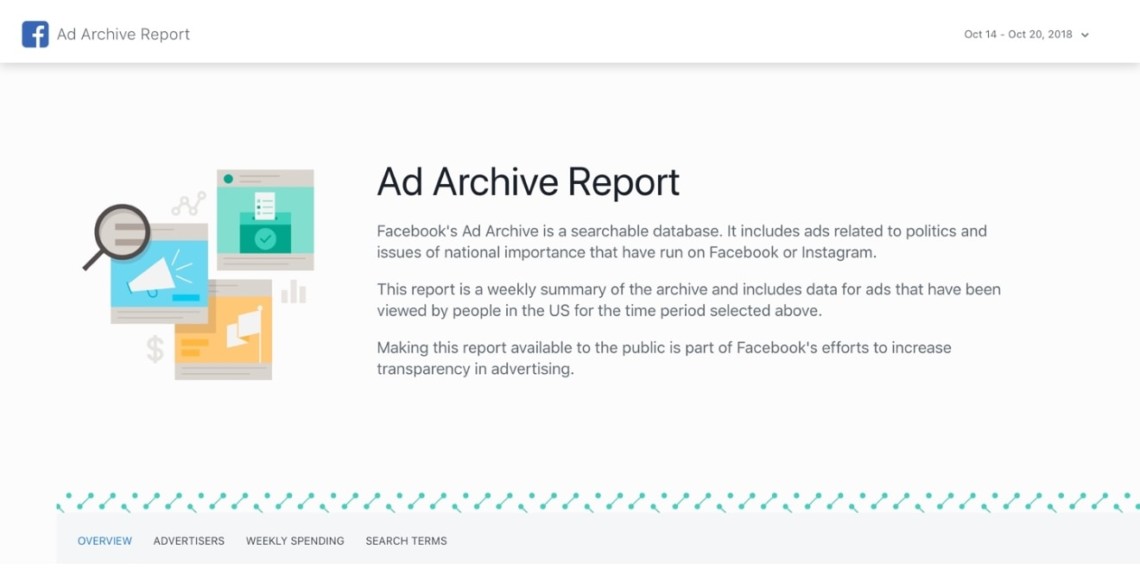 From May 1 through Oct. 20, a total of $256,392,363 was spent on Facebook ads for political campaigns or issues of national importance, covering 1,677,184 ads, according to the social network’s new Ad Archive Report, which was released Tuesday.

Beto for Texas—backing Beto O’Rourke, who is challenging incumbent Sen. Ted Cruz (R-Texas)—was the biggest spender during that time period, shelling out $5,373.435 for 6,024 ads.

Facebook product manager Arti Kulkarni unveiled the new Ad Archive Report in a Newsroom post, saying that it covers all ads related to politics and issues of national importance in the U.S., and it is available to everyone, whether or not they use Facebook.

The report will be updated weekly, and Kulkarni said it will be made downloadable soon.

Information that can be found in the Ad Archive Report includes ad spend and total number of ads, and it can be searched by advertiser or keyword. Page names will be provided, as well as “Paid for by” disclaimers and links to the ads. 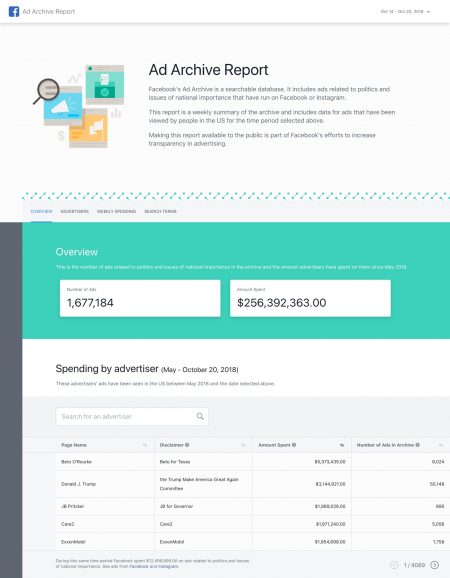 The debut installment of Facebook's Ad Archive Report
Facebook
Facebook introduced its Ads Archive in May to provide information including the campaign budget associated with specific ads and how many people saw them (as well as their ages, locations and genders), and it contains ads and political issue content run by advertisers for up to seven years from the day they run.

In September, the social network started the process of indexing news pages in order to determine which publishers should be included in its Ad Archive.

And Facebook announced last week that Ad Archive would debut in the U.K..