Bipartisan Legislation Aims to Protect US Tech Against Foreign Theft 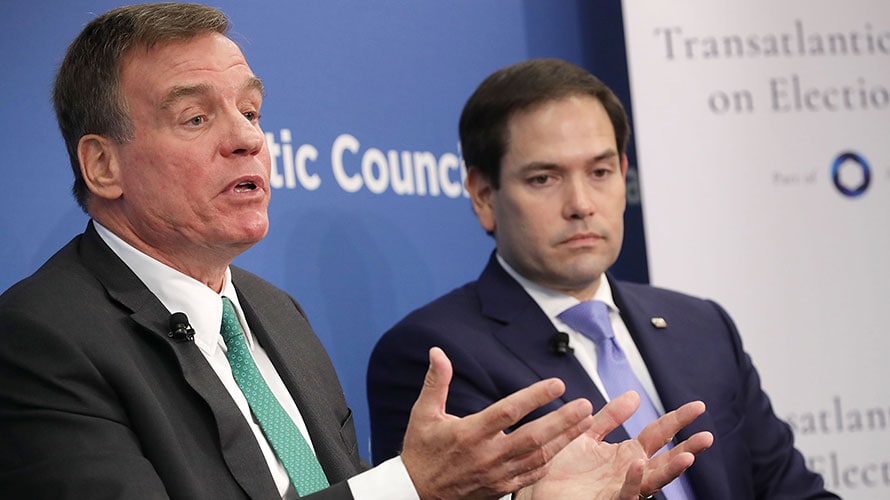 Two top senators are hoping new bipartisan legislation will send the White House a message that it isn’t doing enough to protect U.S. trade secrets from being stolen by China and other countries.

Today, Sen. Mark Warner, D-Virginia, and Sen. Marco Rubio, R-Florida, introduced a bill to create an office tasked with coordinating public-private strategies to curb state-sponsored theft of IP through supply chains and other means. The division, the Office of Critical Technologies and Security, would fall under the executive branch and work with federal, state and private entities to both raise awareness and defend against state-sponsored technology transfer and supply chains threats.

The bill is meant to put bipartisan pressure on President Donald Trump’s administration to boost efforts to protect U.S. trade secrets and educate companies about the risks involved with doing business in China. Over the past few months, tension between the U.S. and China has increased on issues ranging from trade disputes to cybersecurity.

“It is clear that China is determined to use every tool in its arsenal to surpass the United States technologically and dominate us economically,” Warner, who serves as vice chairman of the Senate Intelligence Committee, said in a statement. “We need a whole-of-government technology strategy to protect U.S. competitiveness in emerging and dual-use technologies and address the Chinese threat by combating technology transfer from the United States. We look forward to working with the executive branch and others to coordinate and respond to this threat.”

The legislation isn’t the first to be cosponsored by Warner and Rubio. Last fall, the two introduced a bill to make sure Chinese telecom company ZTE was in compliance with the U.S. Department of Commerce’s conditions related to sanctions imposed by the U.S. In October, the pair sent a letter to Canadian Prime Minister Justin Trudeau urging him “reconsider” including Huawei in the country’s plans for developing a 5G infrastructure.

The legislation is being positioned as something needed for both national security and economic competitiveness. According to the bill’s text, the office’s director would report directly to the president and would sit on the National Security Council and the National Economic Council.

“The United States needs a more coordinated approach to directly counter this critical threat and ensure we better protect U.S. technology,” Rubio, who is also a member of the Senate Intelligence Committee, said in a statement. “We must continue to do everything possible to prevent foreign theft of our technology and interference in our networks and critical infrastructure. By establishing the Office of Critical Technologies and Security, this bill will help protect the United States by streamlining efforts across the government.”

The legislation also comes at the beginning of the next session of Congress, making it one of many tech-related issues expected to be addressed in 2019.

It’s also unclear whether ongoing disagreements between the U.S. and China will help or hurt traction for the bill. Theresa Payton, CEO of the cybersecurity firm Fortalice Solutions, said a trade agreement that includes discussing IP theft could be a better option, adding that legislation can only do so much to stop it from happening. She mentioned a case her firm worked with in 2015, when a scientist pleaded guilty to corporate espionage by stealing and selling trade secrets to China related to technology for both military and private enterprises.

Payton said the legislation could be a “great step forward,” but will depend on whether the office would get the right set of responsibilities and resources to protect supply chains. Payton, who served as the White House chief information officer under President George W. Bush, pointed out that having a specific person in the role could be helpful—if the role is “expressly defined.”

“The question is whether or not this piece of legislation is considered more important than the other stalled cybersecurity bills that cover a variety of topics ranging from election security to autonomous cars to regulation of the social media industry,” she said.