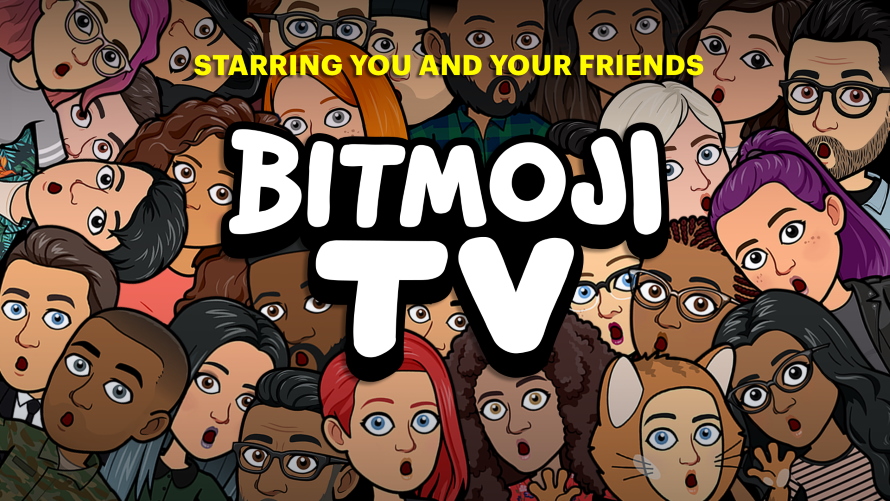 First there were Bitmojis, and then came Bitmoji Stories. Snapchat took the next step this week, introducing Bitmoji TV.

Snap Inc. described Bitmoji TV as sitting down to watch a television show and discovering that you and your friends were cast, via their Bitmojis, in every show, movies and commercial.

Bitmoji TV debuts Saturday, and each season is made up of 10 episodes that average four minutes in length. New episodes debut every Saturday morning, exclusively on Snapchat’s Discover page, and Snapchatters can also opt to subscribe to Bitmoji TV and receive notifications when new updates are available.

Bitmoji co-founder and CEO Ba Blackstock, who wrote and directed Bitmoji TV, told Josh Constine of TechCrunch, “We really believe that we have invented a new category of entertainment. It’s scripted, but it’s personalized. You could take that in a million directions.”

Snapchat rolled out Bitmoji Stories—personalized comic strips that star the Bitmojis of Snapchatters and their friends—in November 2018, with new episodes released three times weekly on the Discover page.

Bitmoji TV was created entirely in-house by the Toronto-based team behind Bitmoji and Bitmoji Stories, including artists, animators, storyboard specialists and engineers.

A new, proprietary production framework was developed specifically for this initiative, with a rendering system that dynamically renders and streams every episode on-demand and animation technology that captures the shapes and sizes of viewers’ unique Bitmojis and incorporates them into each scene.

Snap said its team does not yet have the ability to capture Snapchatters’ voices, which is why other characters in Bitmoji TV speak, but its users do not.