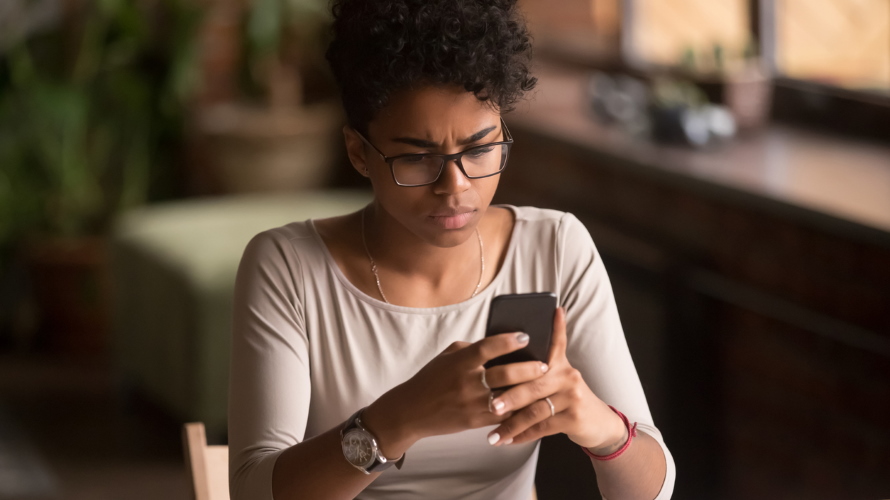 The nonpartisan think tank surveyed 4,708 U.S. adults between June 16 and 22, and it found that over the one month prior to the survey, 36% had used social media platforms to post images showing support for a cause, while 35% did so to look up information about rallies or protests occurring in their areas and 32% took to social sites to encourage others to take action.

Pew found that Hispanic (46%) and Black (45%) social media users were far more likely than white (29%) social media users to say they looked up information about protests and rallies in their areas via social networking sites, but Black respondents stood out more in other areas.

According to Pew, 48% of Black social media users posted pictures to show their support for a cause, compared with 37% of Hispanic users and 33% of whites.

The figures were similar when it came to encouraging others to take action, with 45% of Black respondents saying they did so via social networks, versus 33% of Hispanics and 30% of whites.

Usage of hashtags related to political and social issues followed the same pattern: 33% for Black people, 22% for Hispanics and just 15% for whites.

Younger respondents were more likely to have turned to social sites for information about rallies or protests in their areas, with Pew finding that 54% of respondents 18 through 29 did so, versus 36% of those 30 through 49, 26% of respondents 50 through 64 and 20% of those 65 and up.

Hashtag usage drew similar results, while Pew said the age gaps were not as dramatic when it came to posting pictures to show support for causes.

Pew also found that racial differences were present within younger groups, as 55% of Black respondents 18 through 49 posted pictures to show support for causes, compared with 37% of Hispanics in that age group and 36% of whites.

For hashtag usage related to political or social issues, 44% of Black respondents under 50 had done so, compared with 23% of Hispanics and 22% of whites.

Looking at the results by political party, the think tank said roughly four out of 10 Democrats or respondents who lean Democratic posted pictures to support a cause, searched for information on rallies or protests via social networks or encouraged others to take action, while only about three out of 10 Republicans or Republican-leaners did so.

Pew added that Democrats were more than twice as likely to have used hashtags related to political or social issues than Republicans, at 25% and 10%, respectively.

The think tank also asked the group of U.S. adults how important social networking sites were as venues for their political activities, and 45% of overall respondents said they were very or somewhat important to them personally while searching for people who share their views on important issues, while 44% said the same for getting involved and political and social issues and 40% for giving them a venue to express their political opinions.

Black and Hispanic respondents were far more likely than whites to say social networking sites were very or somewhat important to them for finding other people who shared their views, at 60%, 57% and 39%, respectively.

By political affiliation, Democrats placed more importance on social platforms than Republicans did in terms of getting involved with issues that were important to them (55% versus 32%), finding others who shared their views (54% compared with 36%) and giving them a venue to express their political opinions (47% versus 33%).