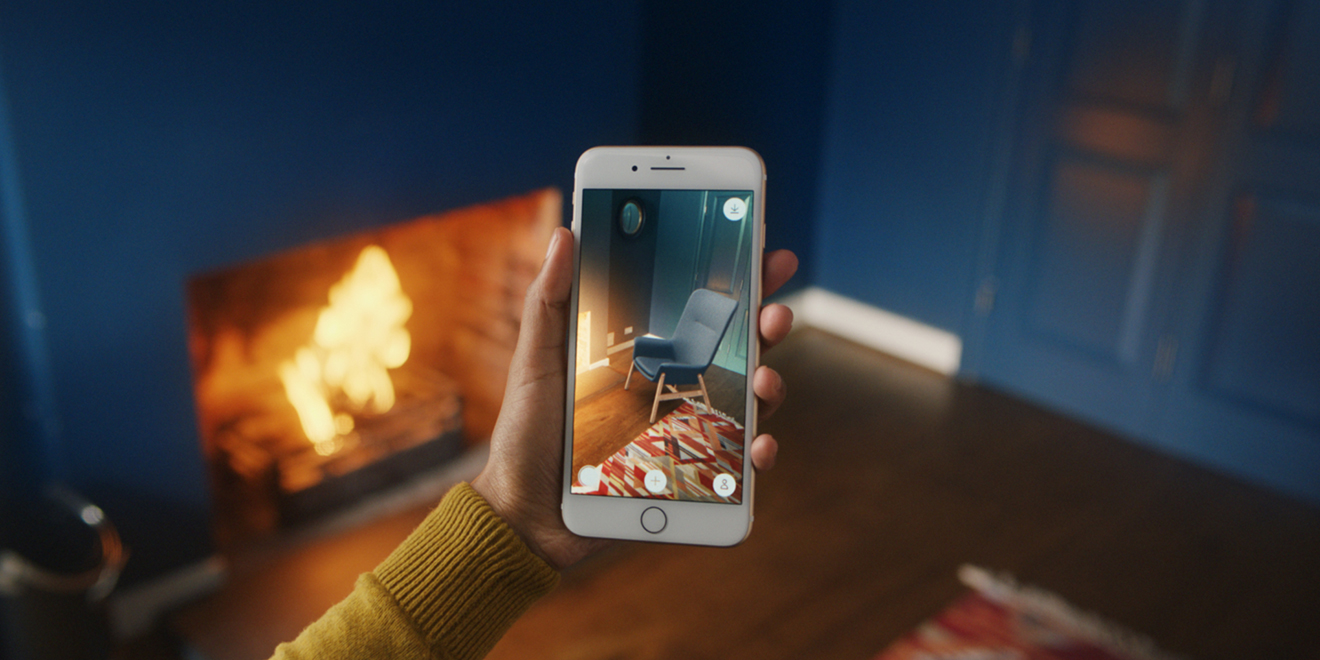 Pokémon Go and a dancing hot dog: two augmented reality stars that burst into the tech universe over the last two years. One hundred million people downloaded Pokémon Go. And the hot dog, which was a Snapchat filter, has been so popular that Snap recently turned it into a plush doll.

For retail brands, AR also is a natural fit. Retailers like Wayfair, Lowe’s and Ikea are using AR to help consumers place scaled versions of their products in their homes. Using a phone’s camera, customers can pick a couch, set it anywhere they’d like in their home and see how it looks.

But as these companies venture into AR, they’re finding that replicating the success of a dancing hot dog isn’t as easy as firing up a grill. AR presents brands with challenges like mass adoption and ease of use, plus the added challenge of solving a consumer’s problem when he or she is trying to buy a product.

“This technology is still very new for people,” said Josh Shabtai, director of lab productions and operations at Lowe’s. “[But] over time they get more comfortable with it … as more of these applications come out.” It’s not entirely up to Lowe’s to teach AR either. Shabtai explained that some parents expressed more interest in playing with AR after seeing their children use Pokémon Go.

For Lowe’s, the home improvement store said it scores a 104 percent higher conversion rate when customers interact with 3-D objects in its app compared to those who didn’t.

Ikea's app allows consumers to use VR to place furniture in their room.
Courtesy of Ikea

Ikea’s AR app, Ikea Place, provides design inspiration and makes it easier to shop for products. In the app, customers can pick one of the 2,000 Ikea items available, place it in their home, and then purchase the product on Ikea’s website. Using AR to redecorate their living room sounds easy enough to understand, but it’s still tricky. One challenge Ikea faced was figuring out how to make the 3-D AR piece of furniture look real, with the right color and details, and to scale.

Wayfair’s AR feature, “View in Room 3D,” has also struggled with getting consumers to believe the furniture is actually to scale. To Shrenik Sadalgi, head of next-gen experiences at Wayfair, it means people still have a ways to go in educating themselves about AR—but he’s hopeful that they’ll get there.

“It’ll become second nature,” said Sadalgi. “Viewing a product in your room will be almost mandatory at some point.”

Sadalgi’s word of advice to companies trying AR? Figure out what issues consumers have and see “if AR is a solution for that.” He adds that it’s not as easy as it looks; a lot of compelling 3-D visual content must be created.

Kris Hoet, global head of innovation for FCB, an Interpublic Group agency, also doesn’t recommend using AR in every single app—but sees the technology becoming more accessible to everyone in the future. “Most ideas are scratching the surface,” Hoet said. “The best ideas we’ve seen in the space are the ones that everybody knows and that we keep referring to.”

Nike's Jordan sneakers sold out in 23 minutes on Snapchat.

Of course, AR isn’t new but it does offer a different way for brands to interact with consumers, like with Snapchat’s lenses. The feature is used by a third of its daily audience; sponsored nationwide lenses reach about 20 million people on average.

Snapchat is giving brands a chance to tap into Snap’s AR capabilities, such as the company’s latest ecommerce partnership with Jordan, Shopify and Darkstore to sell new sneakers on the app, which was developed in conjunction with a special lens to show off the kicks.

However, Jeff Miller, global head of creative strategy at Snapchat, wants marketers to accept lenses as part of an overall strategy—and not just a one-off usage case. He’s working to end that skepticism by showing brands how lenses can drive engagement and results. Those Jordan sneakers? Sold out in 23 minutes. A special Visa Olympics lens that made the user a snowboarder? According to Snapchat, people played with the game for an average of 24 seconds compared to the 10- to 15-second average for a sponsored lens.

These lenses’ shareability might be the ultimate key to making AR a consumer-friendly experience. “You should make the consumer the hero when it comes to AR that allows us to have really cool brand moments that also feel natural and participatory for the user, and it also makes it something that’s shareable and unique,” said Layne Harris, vp, head of innovation technology at 360i.

Click for more from this issue
This story first appeared in the March 5, 2018, issue of Adweek magazine. Click here to subscribe.
@itstheannmarie annmarie.alcantara@adweek.com Ann-Marie Alcántara is a tech reporter for Adweek, focusing on direct-to-consumer brands and ecommerce.