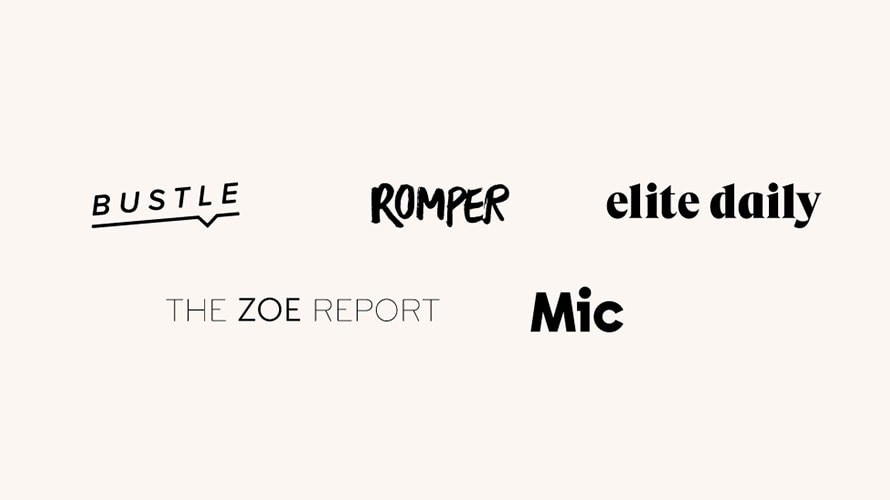 With the handful of acquisitions Bryan Goldberg has already made, Bustle Digital Group now has arms in event planning, an archive of snark and publications that cover anything from politics and tech to culture to fashion. But Goldberg said he hopes to expand that reach even more “in the coming years” until the media company has anywhere from a dozen to 15 brands under its umbrella.

“We are looking to build a portfolio of brands with their own respective voices, points of views and audiences,” Goldberg said over email via a BDG spokeswoman. Currently, Goldberg has eight properties as part of Bustle Digital Group: The Outline, The Zoe Report, Gawker, Flavorpill Media, Mic, Bustle, Romper and Elite Daily.

During its most recent acquisition, BDG brought on board The Outline’s remaining full-time employees and Joshua Topolsky, its CEO and editor in chief. The Outline spoke with a “number of potential buyers” before narrowing it down to two finalists and ultimately deciding on BDG.

“BDG has tremendous momentum in an industry that is currently struggling, and bringing our storytelling and tech to that platform felt like the right way to go big on a lot of our most important ideas,” Topolsky said in an emailed statement, also provided by a BDG spokeswoman. “We’re excited to bring The Outline into the fold, launch new brands that keep pushing a unique vision, and to leverage the tech and ad infrastructure we’ve built to show what those new ideas can do at scale.”

Some big news: we’re launching a new tech news-focused publication (!!!) soon, and it’s called Input. Follow @inputmag and read more about it (and sign up for INFO) here ✨????✨ https://t.co/464DMs6PTG

Under BDG, The Outline will still launch Input, a tech-focused publication, that Topolsky teased at the beginning of this year as well as grow and hire its editorial team. The publication, and Topolsky, was widely criticized by some journalists after it eliminated its full-time staff writing team in September last year to rely on freelancers to produce content.

“We think the right mixture for The Outline has always been a pairing of our full-time editorial staff and contributions from well-known writers as well as new voices,” Topolsky said, in response to whether The Outline would still work with mostly freelancers. “That hasn’t changed since day one.”

The Outline has been an interesting space for media buyers for its unique page layouts, “mobile-first approach and innovative ad units,” said Dan Richardson, director, Invention+, Mindshare, but its relative smaller audience “made it tough for buyers to make the case to add it to their plans.”

“It will be interesting to see if BDG is able to increase the reach and scale of the site, while maintaining the unique features that make The Outline so fun,” Richardson said.

Goldberg said he’s committed to further investing in the brands that he’s acquired, which he believes have passionate, engaged fans. He pointed to Elite Daily, which he said was “financially distressed” when BDG took it on, as a success story.

“Now it has massive audience engagement, a growing brand and meaningful profits. The Elite Daily team has really delivered for us,” Goldberg said.

The industry has yet to see Gawker.com come back to life, though the publication made headlines after two staffers quit over objections to the site’s editorial director, Carson Griffith, who will stay on under newly-appointed editor in chief, Dan Peres. Goldberg previously said the site would likely relaunch in the first half of 2019.

“BDG has acquired some brands that were struggling or failing and now the question is if those websites can better succeed when bundled together,” Richardson said. “I’m curious to see what their pitch is on how these brands help drive synergies between each other and draw in advertising dollars.”

Goldberg is no stranger to flipping a brand: he helped found Bleacher Report before ultimately selling it to Turner in 2012 for a reported $175 to $200 million. As far as what else he’s eyeing for BDG: rumors have swirled that Goldberg has been competitively going after Gizmodo and Deadspin (formerly sister sites to Gawker). And in this competitive media market, who knows what other titles might, say, overly depend on money from a social media platform and have to sell for parts.

“We are looking to build a modern day media company that includes a large portfolio of brands,” he said. “We will continue to acquire brands over the coming years that allow us to enter new markets and attract new partners.”