The issue, which includes coupon codes on the back cover, is a one-off publication 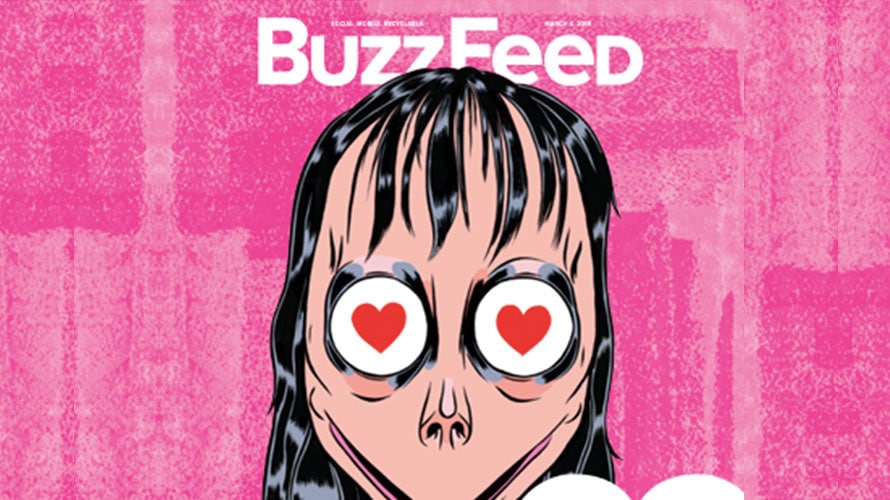 As the print and digital worlds continue to blur, with brands creating their own publications and publishers throwing events, starting podcasts, launching product lines and doing whatever it takes to stand out from the crowd, BuzzFeed has now created its own newspaper—for one day only.

About 20,000 copies of the 12-page paper were distributed in New York today “to put some joy in the physical world,” said Ben Kaufman, CMO of BuzzFeed. 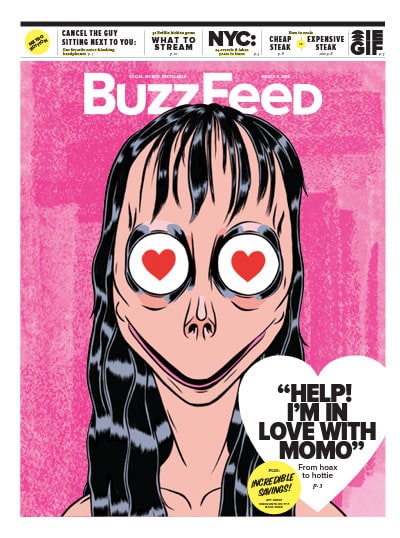 The cover teases a story on the obsession over the Momo Challenge.

On the last page of the issue, BuzzFeed printed coupon codes for companies that have also been largely born and bred on the internet, including Ritual, Burrow, Jet, Frank and Oak, Casper and Tarte Cosmetics. Execs will track redemption of those codes to see how well the paper performed, Kaufman said.

“We are measuring it in pretty great detail,” he added. Unless BuzzFeed sees an “overwhelming” response to bring back the paper, today’s issue will be a one-off publication.

Kaufman said he considered the paper, which was handed out today at Union Square, Penn Station and Herald Square in New York, as an “interesting twist” to what the publisher already does online. 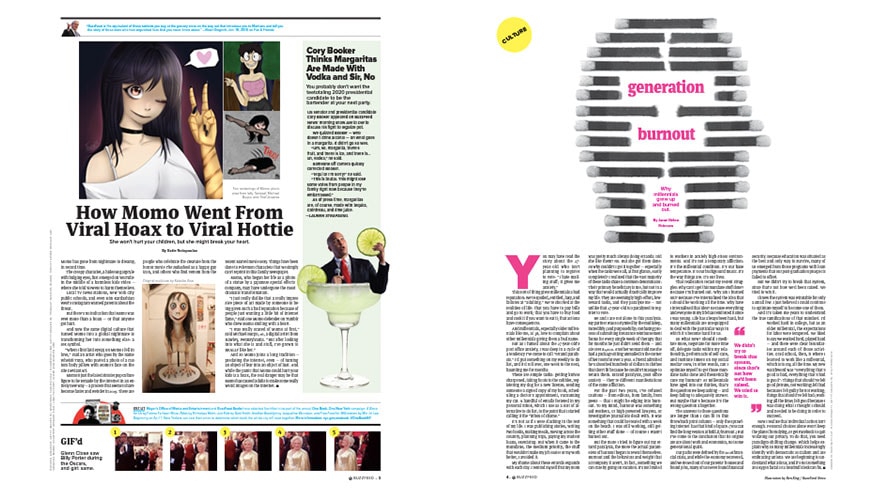 The 12-page paper includes content from sections across the company.

With a cover teasing a story on the Momo Challenge, the paper also includes instructions on cooking cheap and expensive steaks as well as a gif of Glenn Close at the Oscars, providing snapshots of her hilarious reaction as she checked out Billy Porter’s red carpet outfit. 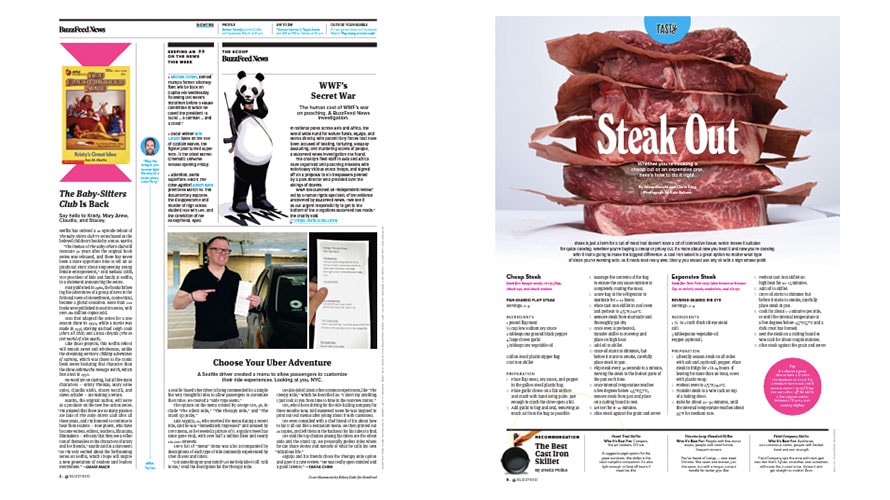 BuzzFeed will track the success of coupon codes, which appear on the last page.

BuzzFeed’s paper play comes after the company recently laid off about 15 percent of its workforce. CEO Jonah Peretti said at the time that the cuts were necessary to put the company on a “firm foundation.”

Following the layoffs, BuzzFeed was expected to bolster other parts of its company, including commerce, and is currently hiring for a number of editorial positions, many of them in the video department.