BuzzFeed Launched Tasty as an Experiment. It’s Turned Out to Be a Stand-Alone Star

A recipe for success with mobile-first videos

It started as a way of testing BuzzFeed’s distributed content strategy when those Ice Bucket Challenge videos were going viral three years ago. Since then, it’s become a model for how digital publishers can create mobile-first videos, monetize that content and diversify revenue.

“They kept evolving as food became such a passion point for this younger millennial/Gen Z base,” noted John Wagner, group director and head of published media at PHD. “They’ve just done the right things by the right people constantly.” The videos are quick, colorful, easy to consume and share, Wagner explained. All of that appeals to a new generation of viewers who crave snackable content.

Take Tasty’s three most popular videos: how to regrow fruit from your kitchen, four ways to do sliders and churro ice cream bowls.

Not only has Tasty popularized the so-called “hands-in-pans” video, but it also quickly secured advertisers and partners.

“They started to differentiate themselves by expanding into more licensing and retail efforts. Creating their own line of Tasty products and partnering with key retailers makes them an even more attractive partner to clients and agencies alike,” said Whitney Smith, director, digital investment, Mindshare North America.

Tasty agreed to work with Walmart to put nearly 100 products on the store’s shelves, including strainer sets, measuring cups and spatulas. 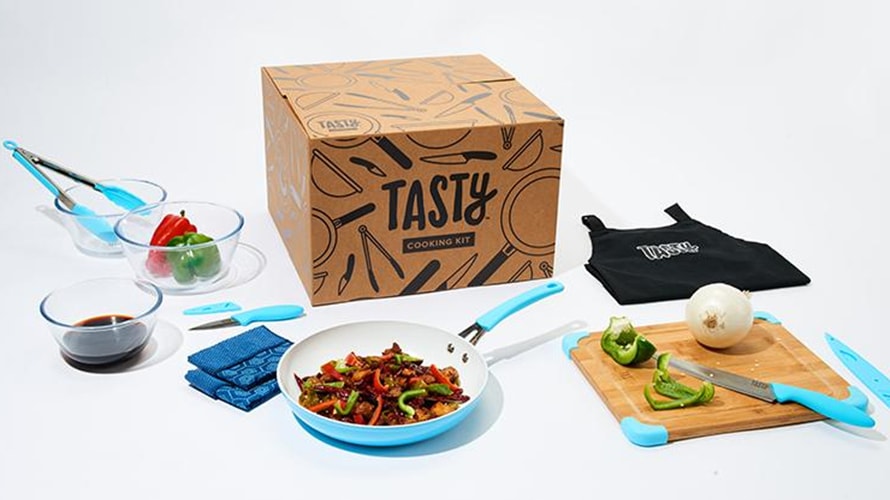 Now, Tasty is launching a talent show series featuring eight faces to go beyond the “hands-in-pans” videos. Split between the East and West Coasts, the series will feature restaurateur Marcus Samuelsson and four Tasty employees. Content may include everything from original series and branded content to long-form, premium videos that Tasty could pitch to linear TV.

“If we didn’t have fine, talented people you could identify the brand with, there’s no way we could build a proper shows business,” said Ashley McCollum, general manager of Tasty.

Under the new talent program, a series called “Friend In Town” will feature Tasty food specialist Alexis Deboschnek, who will spotlight restaurants to take your visiting friends. The show is already sponsored by American Express.

“[Tasty] is a really shining-star example of when you have a really strong brand that’s trusted and a loyal audience you can really engage in a lot of revenue streams,” said BuzzFeed chief content officer Melinda Lee.

Because of Tasty’s success, other publishers quickly began to replicate BuzzFeed’s strategy—food brands from Tastemade to So Yummy started imitating Tasty’s top-down format, and The New York Times recently announced its own customizable cookbook that some say mirrors Tasty’s.

“I felt the pressure of the industry copying us from day one,” McCollum said. “That’s [in part] why we’ve moved so quickly and pushed so hard and really evolved so quickly.”

As the food media space crowded, Tasty cut through the clutter by maintaining its connection to its audience and constantly innovating for it, including producing unique videos and partnering with recognizable brands.

How to make videos for a mobile, social-first audience

Tasty wanted to spotlight the food—not a person—in its videos, so it filmed the hands making the recipe, in what BuzzFeed calls a “top-down format.” Tasty also knew viewers would watch on their phones, not on TV, so the videos were shot as if the person were looking down at his or her screen, unlike in other food media programming, which films as if you’re watching from the couch.

The videos also could be viewed without sound and were understandable to anyone, even if they didn’t know English, McCollum said. Now, Tasty has multiple, themed channels featuring recipes from other countries.

Within a few months of launching Tasty, BuzzFeed secured its first advertiser, Mondelez, which featured recipes that used Ritz crackers. The publisher now has 225 advertisers, according to BuzzFeed. In June, for example, Tasty partnered with 24 brands, including M&M’s, Skittles and Smirnoff, to generate 66.3 million sponsored Facebook views and 2.5 million sponsored YouTube views among 34 videos, according to Tubular Labs. 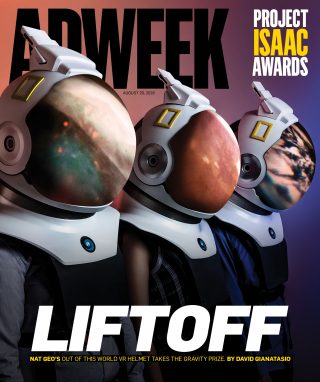